The global blockchain in energy market is projected to reach USD 7,110.1 million by 2023, at a CAGR of 78.32%, from an estimated USD 394.3 million in 2018. The growth of the blockchain in energy market is mainly driven by the rising security concerns across the globe, need to manage infrastructure and other business functions through high transaction speeds and immutability, and increasing popularity of the blockchain technology in the energy sector.

The Asia Pacific is estimated to be the fastest growing market for blockchain in energy sector during the forecast period. The region has been segmented, by country, into Japan, Singapore, Australia, New Zealand, and rest of the Asia Pacific. The blockchain in energy market in the region is primarily driven by the increasing demand for energy and power that could create a huge opportunity for the adoption of blockchain in the energy market. Moreover, most of the energy-based companies of the region have tied up with blockchain technology providers to develop technologies to provide an accurate record of every transaction and ensure trustworthy relationships between all parties.

The blockchain in energy market, by component, is segmented into platform and services. The platform segment is estimated to be the fastest growing segment during the forecast period. The blockchain platform offers decentralized storage to record all transactional data and provides peer-to-peer transaction to end-users. It enables users to set up private, public, and consortium-based blockchain environments along with the capabilities to develop their blockchain applications and solutions.

The blockchain in energy market, by end-user, is segmented into power and oil & gas. The power segment is estimated to be the fastest growing segment during the forecast period as it has the largest number of implemented blockchains in energy projects and R&D investments. Whereas for the oil & gas sector, the use of blockchain technology is still emerging. 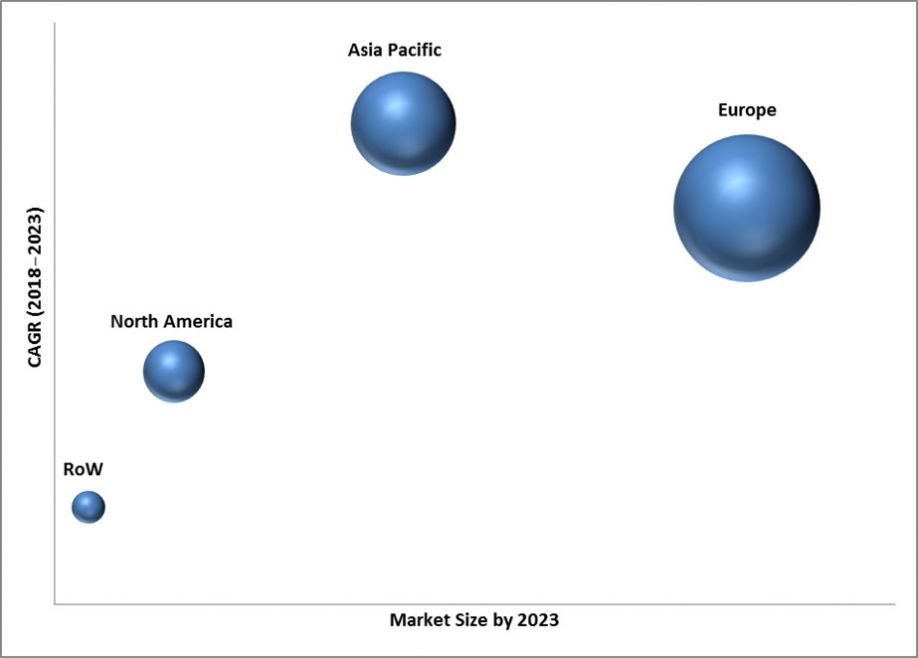