Lithium ion batteries find wide applications in everyday use objects, but the number of ions that can be stored in their graphite anodes is limited. One solution is the silicon-based anode, which allows high ion and energy storage, except for a major limitation: silicon expands significantly during charging, affecting the life cycle of these batteries. Scientists at the National Korean Maritime & Ocean University reveal a novel technique whereby silicon can be combined with carbon to counter this limitation. 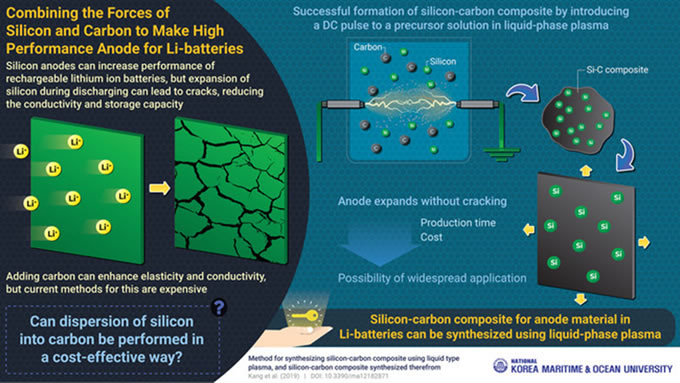 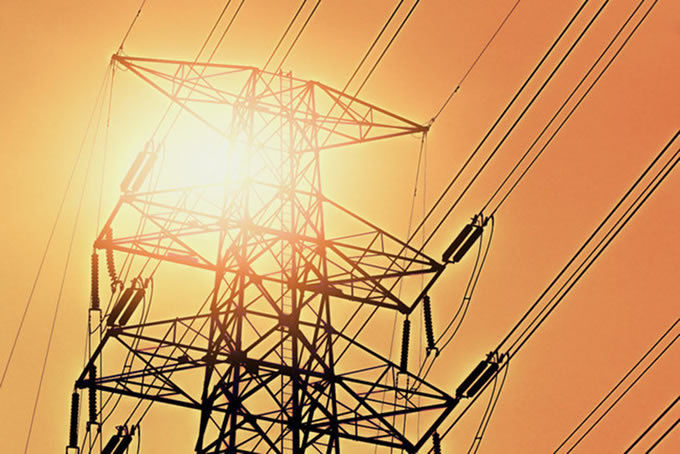 Ever since the discovery of batteries by Volta, investigating the capability of materials to store ions, or simply electrical power, is a sought-after topic. The rising demand for portable energy saw the development of rechargeable batteries. At the forefront of this is the Nobel-prize–worthy discovery of lithium ion batteries in conjunction with carbon-based anodes. The impact of this invention can be understood by the rapid conversion of this technology from research into application in phones, tablets, and electric cars. While developments have pushed the theoretical limits on the energy yield, fundamental challenges persist, which limit the performance of these batteries.

In lithium ion batteries, ions flow from the cathode (positive electrode) to the anode (negative electrode), where they are stored. During discharge, stored lithium ions are released from anode and travel through the wire. When all the ions are transferred to the cathode, the battery can be recharged by reversing the ion flow. This is how we charge our phones after a day's use. Commonly, graphite is used as the anode. But only a limited number of ions can be stored by graphite. In this regard, silicon-based anodes are a more efficient and sustainable alternative due to their high ion and energy storage capacity. However, during charging, when lithium ions are stored, the silicon-based anode tends to expand up to four times, resulting in the cracking of silicon, ultimately disrupting the core conductive pathway, causing reduced conductivity, lithium ion waste, transmission network fractures, and altered recharge life cycles.

We can counter this with silicon-carbon composites combining the high energy storage capacity of silicon and elastic property of carbon, which buffers the expansion and enhances electrical conductivity. But the fabrication of these hybrids is time-consuming and cost-intensive, preventing its wide-scale application.

Now, researchers from Prof. Jun Kang's lab report a simple procedure that could reduce the fabrication time and cost while providing a good yield. They used silicon and carbon precursors prepared in a solution. The principle of their studies, Prof. Kang states, was that "when a solution is subjected to a bipolar DC pulse, a spontaneous directional flow of silicon ions called the plasma discharge is observed. These ions then travel to the carbon unit in the solution and disperse deeply and stably."  The thus-formed silicon-carbon composite when used as an anode exhibited stable performance over many recharge cycles.

"We are optimistic that the simultaneous production of the silicon nanoparticles and their subsequent dispersion into the carbon unit will significantly reduce the time and cost," reports Prof. Kang. The easy scalability of this technique is expected to expand the global reach of rechargeable batteries. Afterall, it isn't every day that silicon and carbon join forces to help us achieve the fossil-free wireless society of tomorrow.