If it's not green, it's not millennial--and that's a big problem for a company like Uber, or Lyft. Millennials love ride-sharing, but they don't appreciate the CO2 footprint that comes with it.

The immediate problem for Uber is this: The next-generation of ride-sharing is already here--born out of massive millennial demand. It's green through and through, and it's set to command some serious market share.

Millennials are driving a new mega-trend: impact-investing. Facedrive, the first ride-sharing company that lets you plant a tree while you drive, and choose exactly what kind of footprint you want to leave behind, is leading this new trend.

"It's not just that millennials, and younger generations in general, are increasingly opting out of the expenses and hassles of owning and parking a car," Facedrive CEO Sayan Navaratnam told Oilprice.com in a recent interview. "It's phenomenally bigger than that: Millennials demand more conveniences, and they demand that they be green. We are giving them that before anyone else does."

This Trend Is Already Mega

The biggest disruption in the world right now--outside of the coronavirus--is that major hedge funds are giving in to the pressure and moving money into things that are environmentally and socially responsible.

This is an ethics squeeze worth billions.

Jeff Bezos, the richest man on the planet, just committed a whopping $10 billion to a Global Earth Fund.

Larry Fink, the CEO of BlackRock--one of the world's largest hedge funds, told CEOs around the world last month that climate change has become a "defining factor in companies' long-term prospects".

That, he said, would lead to a significant reallocation of capital--and it's going to happen a lot sooner than anyone previously expected.

"For the first time since WWII we sense a shift in which climate and the environment — not growth — will become the priority of governments and their citizens, as shortages of food, clean water and air become existential questions," Saxo Bank Chief Economist Steen Jakobsen said in his latest quarterly outlook report.

Green stocks are set to eclipse the current technology monopolies, and even the world's top oil traders are going green.

While this revolution in investing that is changing everything may seem sudden--it's not. We can track its acceleration over the years and its path to becoming a mega-trend by 2019-2020.

Facedrive caught on to the mega-trend years ago.

"We're all about grabbing onto the biggest trends in tech before they're mega-trends. So that takes us back to 2016, when we first came up with the idea. Whenever a major new trend emerges, it's the job of the truly innovative to step back and say 'OK, this is an explosively great idea - so what's wrong with it?' When you figure that out, and you've got the right network and the right people behind you, you can jump in on one of the biggest trends and disrupt a massive market at exactly the right time," Navaratnam said.

One problem for Uber was timing: This great idea emerged simultaneously with environmentally friendly investing, and both became more than passing fads but they haven't quite kept step with one another.

It's all about choice these days, and the disruption here is Facedrive's offer of choice to the customer, who can seamlessly choose whether they want an EV or a hybrid, rather than a conventional car. And even if they choose conventional, they're still making a green choice because the CO2 is being offset for them.

That's a millennial must.

It's also an investor must that's attracting some huge names.

The drive for lower emissions has sparked the interest of commercial global mega-banks. Scotia Bank has already pledged over $100 billion to lower carbon emissions TD bank has also pledged billions. As larger more forward-thinking firms want to be associated with the ride-sharing company that has finally understood the market.

Nor has it gone unnoticed by celebrities, including Will Smith and Jada Pinkett Smith. Facedrive has invested in the celebrity couple's WestBrook Global Inc., which gives them access not only to content distribution monetization on the side, but also to some 120 million additional social media followers.

The Green Ride of a Lifetime

The biggest negative impact associated with the explosive popularity of ride-hailing is pollution.

A recent study by the Union of Concerned Scientists estimates that the average (U.S.) ride-hailing trip results in 69% more pollution than whatever transportation option it displaced.

That's a huge number, that scientists estimate is actually higher in densely populated areas. In this age of green investing, this is data that millennials find hard to swallow.

But now, they don't have to. Now they can plant a tree every time they take a ride.

Facedrive ride-hailing offsets any CO2 emissions, and for the very first time in ride-sharing history, gives customers the choice to be even more environmentally conscious.

This is innovative, state-of-the-art, technology. FD's in-app algorithm calculates estimated CO2 emissions for each car journey and allocates an equivalent monetary value to the local organizations to plant trees. They have partnered with Forest Ontario and have planted over 3,500 trees last year in their soft launch phase.

Facedrive allows its riders to choose between EVs, hybrids and traditional cars. It's a choice no one's ever given to consumers, and it means that it pleases everyone. For all those riders who are fine with the conventional, Facedrive is by no means sidelining them. They're just offsetting the related emissions.

And it also resonates with the wallet because riders aren't paying a premium for offsetting.

Local communities will also reap the benefits, which means that officialdom should be solidly on board.

The ride-sharing giants have been pushing for diversification with hefty bets on food and grocery delivery, scooter and bike rentals and even a proto-bank like Uber Money. Facedrive, too, is pushing diversification from the starting gate, with green delivery services.

But what the giants have ignored is environmental pressure--and that's exactly where this battle for supremacy could be decided.

Millennial investors are nearly twice as likely to invest in companies or funds that target specific social or environmental outcomes. 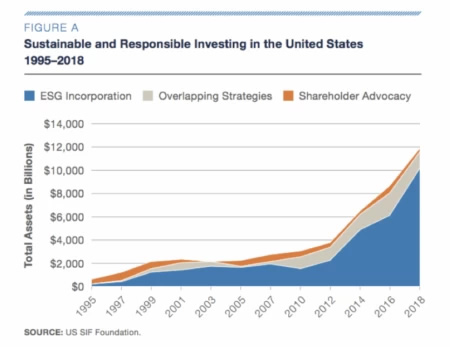 Facedrive got there first, and its ride count has gone from 100 a day just 4 months ago to around 1,000 rides per day right now--and counting.

And now, comes the next push, as Facedrive slides things into fifth gear by expanding into the U.S. and European markets in Q3-Q4 of 2020.

Ride-sharing has already been overwhelmingly sold to the public. That means that the next-gen, green version of this $235-billion global business doesn't have to fork over a ton of capital to convince the market. They don't have to pile on losses and some day hope for profitability. They just have to be green.

It's Uber. Just better for the environment. And it's exactly what millennials want.

Other tech companies poised to ride the ride-share boom:

The big story in tech last year was the Uber IPO—the ride-sharing app joined the market with a tepid showing, and it hasn't done much business since.

It's the cherry on top of a cake of trouble for the revolutionary tech company, which has suffered from a mountain of bad press. It's controversial CEO Travis Kalanick was forced out over his behavior and the company's struggle to generate revenue, but the new management hasn't been able to do much better.

Uber keeps burning through money: in Q2 of 2019 it posted a $5 billion operating loss, linked in part to the expensive IPO.

Bears have been circling the wagons for a while, warning the Uber's ration is unsustainable. But bulls have been quick to point out how other revolutionary tech companies like Amazon and Facebook posted losses after their IPOs, before going on to become fabulously profitable.

Plus, Uber's losses are linked to its IPO and its rapid expansion rate: once the company solidifies its dominance of ride-sharing and makes inroads to self-driving cars, Uber's profits are likely to prove sturdy.

Moreover, while $5 billion sounds like a lot, it pales in comparison with what other big companies have suffered through—GM posted $48 billion loss in 2009, and it's held on despite it.

Lyft may be a bit overvalued, but it's still sustainable.

It's shed over half that and has been treading water ever since. Lyft's next earnings report is due on October 30th.

But $36 makes this a cheap stock for a ride-sharing market that's killing taxi cabs and cutting in on car sales, too.

Right now, Lyft is valued at 4x its sales, and it's still losing money—like Uber. But it does have over $3 billion in cash, and it is investing in micro-mobility, too, through bike-sharing startups.

General Motors (NYSE:GM) has created its own brand of electric bikes, called Ariv. The bikes were just launched this year, but have already captured the attention of the European market.

While they err on the side of pricey, coming in at $3,800 per unit, they do boast a high top speed and can travel a modest distance on a single charge.

The kicker for many, however, is that they can fold into an easily carriable pack, making them the perfect choice for a lot of commuters. Especially in big cities like London or Berlin.

Ford (NYSE:F) is taking a different approach. It's swooped right into the scooter market, buying Spin for a clean $100 million.

Initially deployed in San Francisco back in 2017, Spin is widely considered to be a part of the Big Three of the scooter world, along with Lime and Bird.

While Ford's buyout of Spin made headlines, it's certainly not the first urban transportation alternative Ford's sunk its teeth into.

In recent years, Ford also bought commuter shuttle service Chariot, Autonomic and TransLoc, aiming to ensure that it does not miss the boat as this new movement accelerates.

BAIDU (NYSE:BIDU), for its part, is taking on the automated car market. With more miles under its belt than any of its competitors in Beijing, it's an easy choice for a number of investors.

Likewise, it has an equally large portfolio of innovative new technology…at a lower entry point than its competitors.

As the 'Chinese Google,' Baidu is following a similar path to its American counterpart. It began as a search engine but is quickly expanding into almost all things tech related.

From artificial intelligence to television and finance, Baidu's ever-expanding reach is a not to be ignored. Especially for investors looking to stay on top of the new tech trends.