Technology is advancing measures in reducing emission rates in the country. A surge in the sales of electric cars could be an indication of brighter days to come. There have been debates regarding the pollution caused during the manufacturing of batteries for Electric Vehicles. For instance, some studies seem to suggest that the life-cycle emissions (including battery manufacturing) of an electric vehicle barely helps in reducing carbon emissions. On the contrary, other reports stress that the benefits of Electric Vehicles, as a sustainable mode of transport, outweigh that of vehicles fueled by fossil fuels. According to the Environmental Protection Agency (EPA), transportation accounts for 14 percent of greenhouse gas emissions in the country. 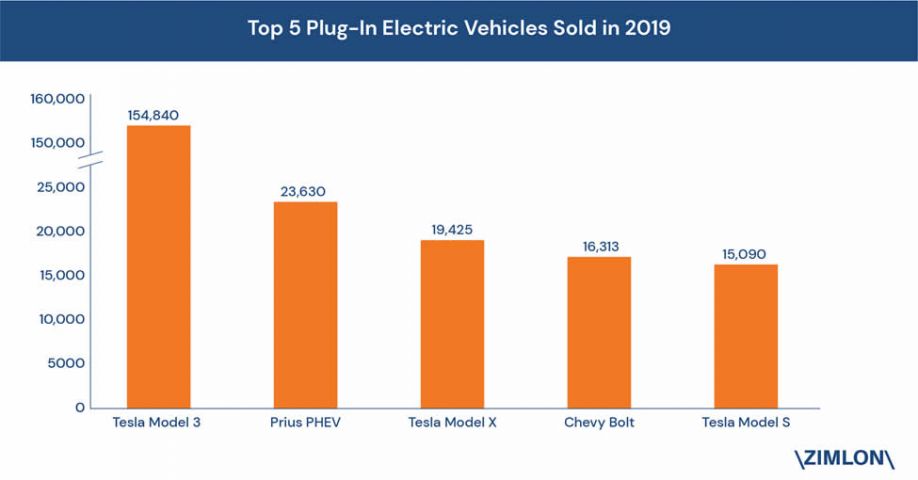 The infographic above clearly shows a massive spike in EV sales from the year 2017 to 2018. This is also the same period when the sales of the Tesla Model 3 rose from 1,770 to 139,782. The bar graph is also a clear indicator of the allure that Tesla holds over consumers. Moreover, three out of the top five selling Electric Vehicles are manufactured by Tesla. 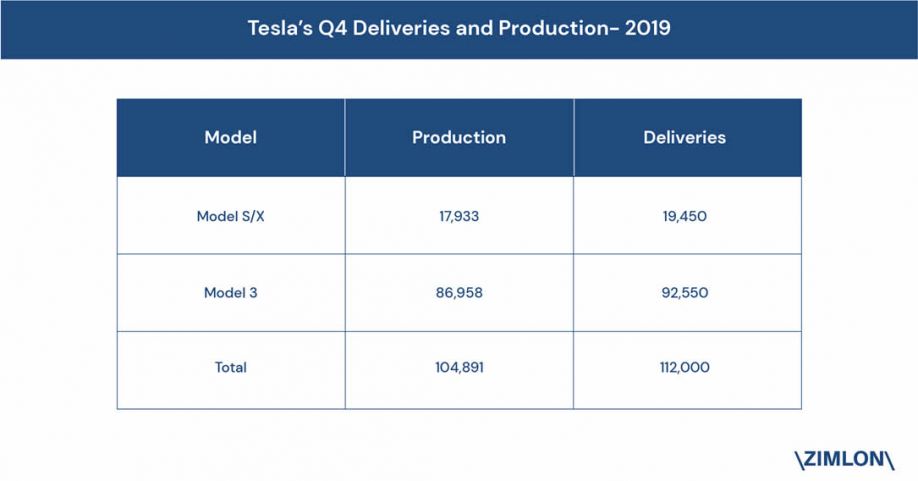 Electric cars to look forward to:

If images are anything to go by, this new Electric SUV offering from Volkwagen will attract a lot of eyeballs when it hits the market. This will be the first vehicle from Volkswagen’s ID series to launch in the U.S.

Volvo claims that this pure electric compact-SUV will take only 40 minutes to attain an 80 percent charge. It has a 78 kWh battery, with a projected range of above 400 kilometers.

The iconic Mustang gets an electric twist with the Ford Mustang Mach-E. Its driving range is expected to be close to 300 kilometers. It will come with the option of an extended-range (98.8 kWh) battery and a standard-range battery (75.7 kWh)

Tesla has revolutionized the EV industry with its attractive and reliable cars. It has continued its commitment towards greener fuel with Tesla’s Gigafactory 2, a 1.2 million square foot facility in Buffalo, NY, that is leaping towards clean energy. It is focused on manufacturing solar panels, solar roofs, and Powerwall (a device that helps in storing energy from the grid/solar). With this, Tesla continues its rapid steps towards making sustainable energy and electric vehicles more accessible and cheaper.

Despite all these benefits, the fact remains that Electric Vehicles and Hybrids are more expensive than their gasoline counterparts. The electric variants are also more expensive to insure.