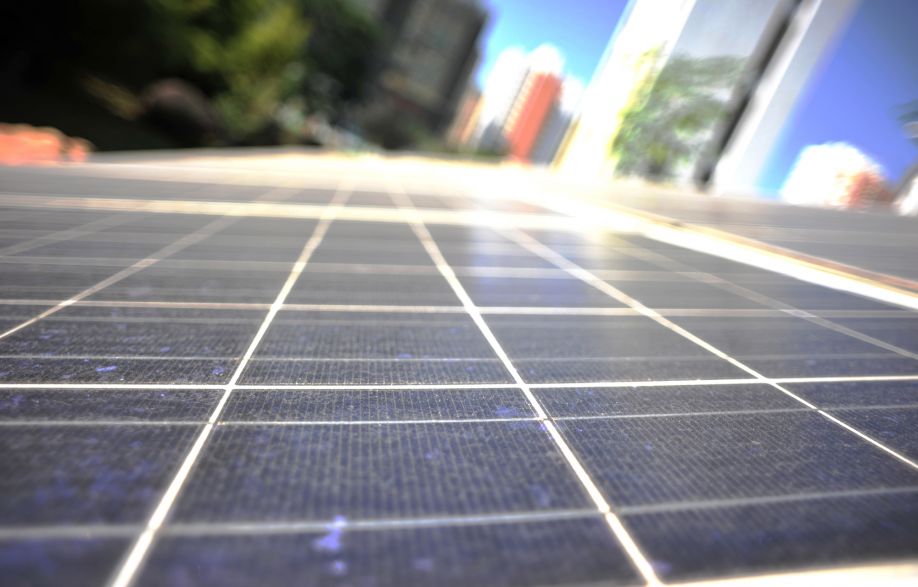 A team of researchers from Binghamton University has been selected to receive $2.6 million from the U.S. Department of Energy Solar Energy Technologies Office (SETO) to develop ways to reliably support higher amounts of solar power on the grid.

The three-year project will focus on advanced grid-forming photovoltaic (PV) inverter control technologies so that the renewable energy source can be more efficiently and reliably integrated with electricity generated by coal, natural gas or other non-renewable methods.

The ultimate goal of the research is to demonstrate a new grid-forming control algorithm at a 1 megawatt hybrid PV plant at the Brookhaven National Laboratory on Long Island. The proposed controls will be scalable and replicable to multiple hybrid PV plants.

The project will support SETO’s goal to enable the hybrid PV systems to contribute to the reliability of the U.S. electric grid as well as the goal of 70% renewable energy by 2030 set by New York’s Climate Leadership and Community Protection Act.

“We are living in a world where more energy is coming from renewables,” Zhang said. “How can we make the power system as stable as the one we use today?

“The challenge is that today’s power system uses synchronous generators that have been well studied for decades, as we know how they will behave under different conditions — as a rotating mass, a synchronous generator following Newton’s Law of Motion. However, renewable energies such as a PV system connect to the power system through an inverter, which will behave based on the control software.”

One issue facing the Binghamton team, he said, is that alternating current generated by traditional methods is able to naturally synchronize with existing power on the grid if the electricity is properly fed into it. A large amount of renewable energy in the grid could cause problems if we don’t have thorough understanding of how these inverters will behave under different grid conditions.

Zhou — who received a National Science Foundation CAREER Award in 2019 for his still-in-progress research on modeling the uncertainty in power grids — knows that affordability and reliability are the two main concerns for electric consumers.

“Affordability means lowering the electricity bill,” he said. “Reliability means that lights should always be on when we flip the switches. Yet, the high penetration of many small PV systems into the grid presents unprecedented challenges caused by the need of coordinating many small PV generations. Traditionally, a big conventional generator will give you around 500 megawatts, but one PV system usually generates only 1 megawatt, 2 megawatts, maybe 30 megawatts — much, much smaller.”

“Power-grid estimation in this kind of system has a lot of uncertainties and dynamics, and we hope that reinforcement learning algorithms can solve these issues,” he said. “It already has proven to be successful in other fields, such as robotics.”

As the leading institution of this project, Binghamton University will work with researchers and industry professionals from Stony Brook University, Brookhaven National Laboratory, National Renewable Energy Laboratory and the New York Power Authority. Two startups at the Southern Tier Incubator — SYNDEM LLC and ChargeCCCV LLC — have been selected as the partners to provide advanced inverters and storage systems for the demonstration.

2020 is not the first year that Zhang has applied for SETO funding, but it’s the first grant that he has won.

“Each year, the Department of Energy sets a list of aggressive goals, and I look at the potential collaborators I know,” he said. “We ask: How can we fulfill what the DOE asks for? This year, in my mind, we have a perfect team to match what they asked for. That’s by luck but also based on several years of past experience.”

Once the funding is finalized, the Binghamton team expects to begin research in the spring, always with an eye on New York’s 2030 Climate Act goal as well as SETO’s overall goal of improving solar energy integration into the electric grid.

“New York has one of the most aggressive goals in the U.S., along with California,” Zhang said. “If we want to reach that goal, we need to study how to integrate renewable resources at a large scale, and we want to set an example of how to do it.”