Why Are Wind Turbines Getting Larger? 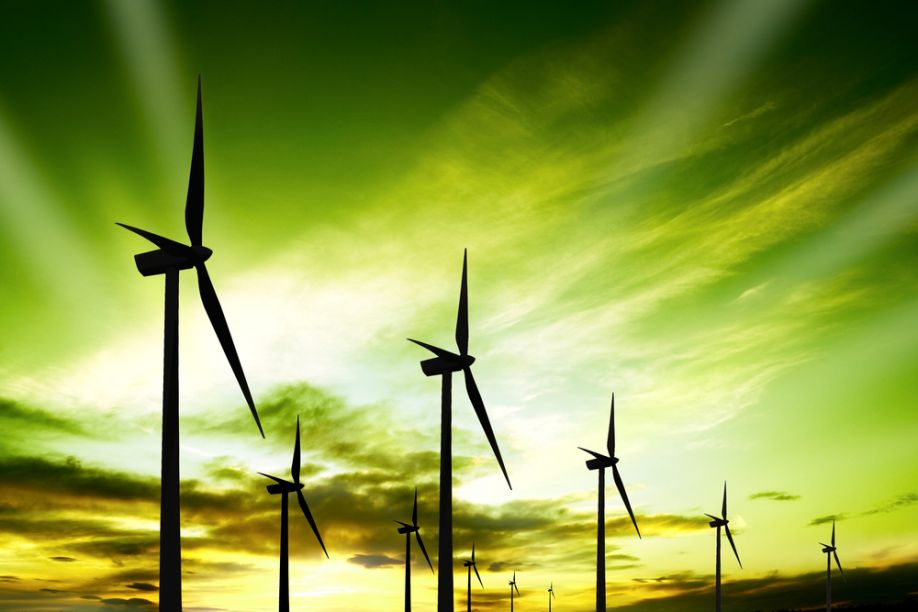 As the demand for renewable energy increased, wind turbines grew in size. When individuals drive through flat, rural areas, they can spot turbines from miles away. Turbines are becoming taller, and their blades are spanning longer distances.

The Evolution of Turbines

The height and rotor diameter of a turbine influences its energy production efficiency. In 2010, rotors were smaller than 380 feet and limited a turbines’ general reach. Today, the component is nearly 410 feet and increases power production capabilities.

To understand why turbines are getting larger, individuals must assess the renewable energy industry’s growth. In 2020, clean electricity made up about 8.7% of the global power supply. A decade ago, it only contributed 1.7% of global energy.

Various countries are looking to decarbonize their energy sectors to minimize adverse climate change effects. Nearly 80% of the planet’s power supply comes from fossil fuels. During combustion, the materials release greenhouse gas emissions into the atmosphere.

Individuals are limiting the enhanced greenhouse effect by replacing fossil fuels with renewable energy. Another growth factor is clean electricity’s cost-effectiveness. Wind is currently one of the most affordable power sources on the market.

Researchers predict continuous price declines due to the positive feedback loop. As manufacturers develop more clean energy advancements, the price of wind power will drop. Global organizations like the UN are also influencing growth in the renewable energy sector.

The UN plans to access 50-95% of global energy from solar and wind sources by 2030. By 2050, they want to obtain 100% of clean electricity from emission-free supplies. Creating bigger turbines can help sustainability organizations achieve their goals.

Some challenges are interfering with wind production’s growth. Energy professionals are creating larger turbines to combat some of the limitations. One significant production challenge is the technology’s reliance on inconsistent weather patterns.

Some regions of the planet receive less sunlight than others, making them less suitable for renewable energy production. Other areas receive inconsistent amounts of sunlight, limiting turbine functions throughout the year.

One of the solutions to biodiversity loss in the wind power sector is bladeless wind turbines. The devices extend vertically like a conventional turbine’s shaft. Instead of rotating, the turbine produces energy by vibrating back and forth.

By removing the blades from a turbine, energy professionals can protect winged creatures from colliding with the device. The bladeless turbine may also make less noise than traditional versions, preventing forced migration.

Professionals can also improve turbine technologies to meet global power demands by increasing their storm resilience. Building offshore turbines that withstand storms can enhance a device’s efficiency. Manufacturers can reduce corrosion and abrasion by lining their wires with polyamide.

Some energy professionals are also expanding wind power production by using smart technology. As turbines become bigger, more workers become susceptible to job site injuries. From 2013 to 2017, 167 energy workers experienced injuries while working on turbines, some of which were fatal.

Some wind power ventures are using drones on wind farms to protect employees. Workers can utilize drones to assess turbine damage safely from the ground. They can also conduct repairs remotely using advanced technology. Other professionals are using drones to survey open spaces and map out future wind farms.

Why Are Turbines About to Reach Their Maximum Sizes?

Some energy professionals believe, with technological advancements, manufacturers can build even larger turbines. However, environmentalists have identified some limitations with turbine growth down the line. While taller turbines could reach higher wind speeds, the laws of physics may challenge energy production.

Instead of focusing renewable energy research on building larger turbines, individuals may work on smaller-scale technologies. A team of researchers is increasing the energy efficiency of personal turbines to minimize buildings’ reliance on fossil fuels. Once high-production turbines hit the consumer market, individuals can deploy them like rooftop solar panels.

How Large Turbines Can Support a Sustainable Society

Companies everywhere are helping to revolutionize sustainable industries by improving conventional technologies. As the wind power sector expands, individuals can start powering their homes and businesses with emission-free electricity. Transportation, manufacturing, and distribution companies can also shrink their carbon footprints by converting their fossil fuel systems to wind power.