Combining two or more generating technologies such as wind and diesel creates a hybrid power system. For remote locations, far from the public power grid, this is an interesting alternative for self-sufficient power supply. If the wind conditions are good wind-hybrids can usually provide electricity at the lowest cost for such places.

There are many different concepts for hybrid systems. Small electrical systems up to a few kW generally use batteries and often do not have motor driven gensets. Wind and solar photovoltaics are often combined because they complement each other on a daily and seasonal basis. The wind often blows when the sun is not shining and vice versa.

When considering kilowatt hours, small gensets are more expensive to buy and operate than larger machines. Therefore, batteries are cost-effective for small systems. However, the batteries are also a troublesome part of hybrid systems because of their toxic content (when batteries are worn out, remember that they must be properly recycled).

With larger electrical requirements engine driven gensets are normally used because of the high expense of storing large amounts of energy in batteries. A system that consists of wind turbine(s) and diesel genset(s) is called a wind-diesel system. In these systems, the amount of windpower ("wind penetration") is a decisive factor for the system design.

Low wind penetration does not require complex technology. When the windpower production is always less than the load, and other power plants are constantly on line to control grid frequency and voltage, the windpower saves fuel by reducing the load on other power plants. This is similar to connecting a wind turbine to a large national grid. The disadvantage is that it does not save so much fuel, especially if an unsuitable type of diesel genset is used. Gensets require a certain minimum load (around 25% of rated load is typical, but there are more suitable standard gensets that can cope with long time operation at down to 0% load).

Usually a high wind penetration is most economical in small power systems provided that the wind conditions are good because of the high cost for small-scale conventional generation. However, traditional wind-hybrid systems for high wind penetration are rather complex. To match the varying windpower output to the needs of the grid large batteries and/or dumploads are usually used (sometimes in combination with custom-built diesel gensets).

A Swedish development of hybrid systems for high wind penetration recently implemented on an isolated Estonian island has taken another approach. By selecting a wind turbine with the most suitable characteristics for high wind penetration the overall system design is simplified. Thus, the cost of the system can be kept down although the amount of windpower is high. This system is further described later in the article.

When is Wind Energy Suitable?

If you need power supply at a remote location when should you consider wind as an alternative? The most important factors which will determine the economy of wind energy at such places are:

Designing and implementing a hybrid system is a very qualified task and normally it is recommended to turn to an experienced professional partner for this. The first step is usually to make a site survey on the place in question. 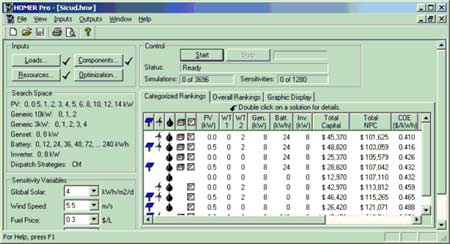 When buying a hybrid system, it is better to look for a turn-key package rather than individual components to reduce the risk of ending up with equipment that doesn't function well together.

But what if you want to do as much as possible yourself ... for example to power your own remote home? A good starting point is to read. There are good books about small-scale wind energy by Paul Gipe and Hugh Piggott, who also have interesting websites: www.chelseagreen.com/Wind/PaulGipe.htm and http://homepages.enterprise.net/hugh0piggott/. Home Power Magazine (www.homepower.com) often has articles describing how people have built their own hybrid systems. However, don't underestimate the difficulties and personal safety issues involved.

EXAMPLE OF A COMMERCIAL WIND-DIESEL SYSTEM

The island Osmussaare (Swedish name Odensholm) is located at the inlet to the Gulf of Finland, about 10 km from the Estonian coast. Today the island is a nature reserve, inhibited permanently only by a farmer and his wife, and there is no connection to the power grid on the mainland. Information about the interesting history of the island, maps, etc can be found on www.kultgeog.uu.se/vanback/  (in Estonian and Swedish). 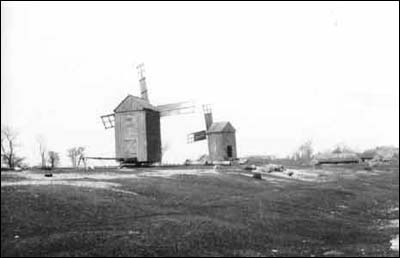 When the Estonian Border Guard ordered the construction of a radar station on the island, they asked for a wind-diesel system to reduce the fuel consumption, compared to using only diesel power. 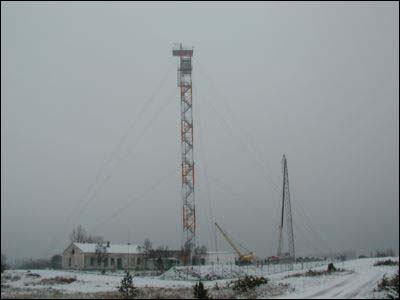 Transportation of fuel to the island is very costly. There is no harbour and the shallow beaches make it impossible for deep-going boats to reach the island. During the winter, the ice situation sometimes makes the island accessible only by helicopter.

Installation of the wind-diesel system took place at the end of 2002. The wind turbine was installed on a lower, separate tower to not interfere with the radar (which will be installed at the top of the tall tower).

The power system on Osmussaare is designed for a maximum power output of 30 kVA and consists of the following main components:

Wind Is the Main Power Source

The wind-diesel system on Osmussaare is made for high wind penetration and is based on a concept originally developed at Chalmers University of Technology in Gothenburg, Sweden. By using a wind turbine with variable speed, pitch control and a special control system, a higher level of controllability is enabled than with ordinary grid-connected wind turbines. The PitchWind wind turbine can control the power output to match the needs of the grid. Also, the rotational energy of the wind turbine can be used as a short-term energy storage, to even out the fast fluctuations in wind speed.

On Osmussaare this means in practice that when the wind speed is high enough for the wind turbine to alone supply the load, the diesel genset(s) are automatically shut off. No expensive dumpload, rotary converter or custom-built diesel genset is necessary to accomplish this.

When there is excess energy available, the battery charger is connected. Excess energy can also be used for low-priority loads such as hot water heaters but this option is not used on Osmussaare. 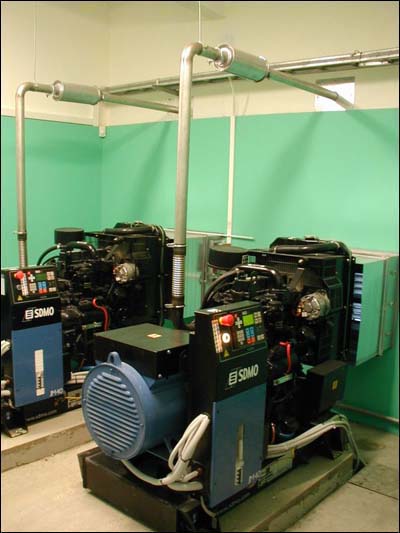 On this island, two identical diesel gensets are used to complement the wind turbine

The features of the hybrid system concept available from PitchWind can be summarized as follows:

Places that have an unreliable grid connection can also benefit from this technology. In that case, the hybrid power system can function like a large UPS (uninterruptible power supply) combined with renewable energy production. 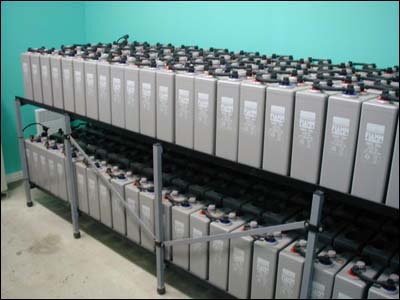 With PitchWind's system, it is optional to use a battery bank. On Osmussaare it was decided to include batteries because of the very high cost of fuel on the island.

The hybrid control system, developed by the ĹF Group, is based on LonWorks technology. This is a distributed and open control architecture, which is used practically all over the world. It is ideal for applications like hybrid power systems and distributed generation because control systems can be built with inexpensive off-the-shelf components, be designed to be fault tolerant, conveniently integrate equipment from different manufacturers and also combine the renewable energy production with efficient use of energy.

In this context, "distributed" means that LonWorks control solutions are built as networks, where controllers can communicate with each other over a variety of media. In the hybrid control system, there are several controllers that communicate in a peer-to-peer fashion with each other. There is no master controller which the entire system is dependent on.

An open communication protocol is used which simplifies machine to machine communications. In this case it made it easy to integrate the frequency converter from ABB, an electricity meter made by Gossen-Metrawatt, a datalogger with GSM modem from Prolon and several other devices into one interoperable control system.

An option of the hybrid control system which was not implemented on Osmussaare is to include functions for efficient use of energy. This can bring increased wind penetration and reduced costs and helps avoid oversizing the power system due to high peak loads. One way of doing this is by demand side management which means that certain low priority loads are switched on and off by the control system. Another way is to use a multiple tariff system which gives consumers an incentive to use more electricity when abundant wind is available and less when generation costs are higher.