The basic principles of Joint Implementation are defined in Article 6 of the Kyoto Protocol. Project participants from two (or more) Annex 1 Parties may jointly implement an emissions-reducing project in the territory of an Annex 1 Party, and count the resulting emission reduction units towards meeting the Kyoto target of the other involved Annex 1 Party/ies.


1.      What is Joint Implementation?
The Kyoto Protocol defines three innovative “flexible mechanisms” to lower the overall costs of achieving its emissions targets. These mechanisms enable countries that have obligations to reduce greenhouse gas emissions under the Kyoto Protocol, to access cost-effective opportunities to reduce greenhouse gas emissions or, as it is the particular case for reforestation/afforestation activities, to remove carbon from the atmosphere in other countries. While the cost of limiting emissions varies considerably across regions and sectors, the benefit for the atmosphere is the same, wherever the action is taken. The three Kyoto flexible mechanisms are Joint Implementation (JI), Clean Development Mechanism (CDM) in developing countries, and International Emissions Trading.
The basic principles of Joint Implementation are defined in Article 6 of the Kyoto Protocol. Project participants from two (or more) Annex 1 Parties may jointly implement an emissions-reducing project in the territory of an Annex 1 Party, and count the resulting emission reduction units towards meeting the Kyoto target of the other involved Annex 1 Party/ies.
2.      Which countries can participate and how will they become eligible?
Any Annex 1 country that has ratified the Kyoto Protocol and wants to participate (either as host or acquiring party) in JI projects needs to:
JI and the other Kyoto mechanisms are embedded in the Kyoto Protocol’s system for the accounting of country emission targets based on ‘assigned amount units’[1] (AAUs). This international system relies on a set of national information systems, ultimately aimed at ensuring an accurate accounting of the country’s assigned amount. Hence, in order to safeguard the integrity of emission reduction transactions among Annex 1 countries, countries need to meet a set of eligibility requirements to be allowed to engage in transference and acquisition of ERUs generated in JI projects[2]. The six eligibility requirements are basically related to having in place the above referred information systems, and are outlined in relevant guidelines of the Kyoto Protocol.
3.      What are the steps in the JI project cycle?
A project developer that wants to implement an emission reductions project should follow the steps of the JI project cycle. This cycle begins with the preparation of the project design documents according to the JI guidance established by the JI Supervisory Committee. The project developer needs to demonstrate that the project will lead to the emission reductions that are additional to the situation without the project. At the next step, the Accredited Independent Entity (AIE) determines if the emission reductions were correctly estimated and if necessary procedures were established to monitor the project performance during its implementation. The project design document as well as the determination report of the AIE is then made available for public comments. After the necessary improvements and responses to the public comments, the final version of the project and its determination report are again open for public comment. At this stage, the JI Supervisory Committee will consider the quality of the project and unless any review is requested by the JI Supervisory Committee, after 45 days, the project automatically acquires a status of JI project. 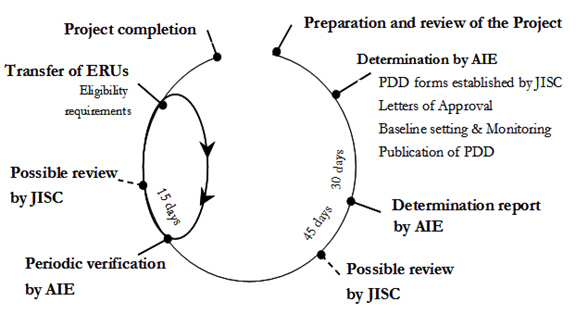 During the implementation of the JI project, the Accredited Independent Entity intervenes to periodically verify the generated emission reductions at least until the end of the first commitment period (2012) of the Kyoto Protocol. Unless the JI Supervisory Committee questions the results of the verification, the host country may transfer the verified emission reductions to the investing country according to the results of the verification report.
4.      Who benefits from a JI project?

The sale of emission reduction units provides an additional revenue stream for the project owners and developers. In many cases this can be equivalent to anywhere from 10% up to 40 % of the project investment costs. Moreover, the additional revenue stream from the sale of emission reductions can also increase the bankability of projects as carbon revenues can reduce perceived risks of commercial lending. Thus, carbon finance provides project developers with a tool for leveraging new private and public investment into climate-friendly projects.
JI also enables the transfer of efficient technologies and best available practices to the host countries, thereby contributing to long term climate change mitigation as well as to sustainable development including typically reductions of local pollution. For investing countries, JI helps to meet their emission targets under the Kyoto Protocol in a cost effective way.
Being an early-mover in the development of JI projects, the World Bank’s Carbon Funds have demonstrated numerous greenhouse gas mitigation options across sectors where carbon finance operations have served as a catalyst in investments in public/private projects - for example in renewable energy, energy efficiency, waste management and forest management.
5.      Who is active in the JI market?
The Netherlands, Denmark and Austria are currently among the most active buyers in JI projects, mainly through different governmental purchase programs or participation in carbon funds. From the sellers’ side, countries like Bulgaria, Czech Republic, Romania and Poland moved early on in promoting JI projects, while the potential ‘big suppliers’, Russia and Ukraine, have more recently started to engage in JI initiatives and are rapidly increasing the number of prospective JI projects. Most countries involved in JI have already established their national Designated Focal Points (DFP) in charge of JI project approval.
As of February 2009, there were 205 JI projects submitted to independent entities for determination (i.e. their JI project design documents have been made publicly available). They are expected to generate greenhouse gas emission reductions of about 27 million tons of carbon dioxide equivalent per year.
JI is currently still a small part of the global carbon market. During 2008, approximately 21 million tons of carbon dioxide equivalent were transacted under JI, whereas CDM volume was approximately 520 million tons. The number of JI projects under development is, however, rapidly increasing.
The estimated, average ERU price forecast: 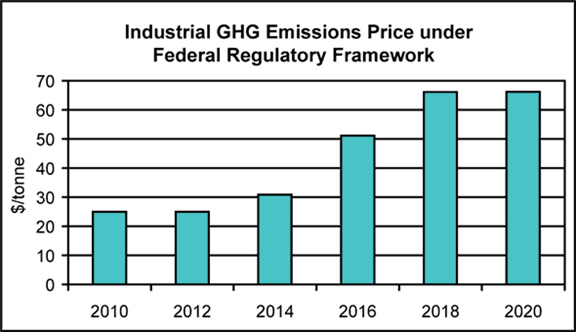 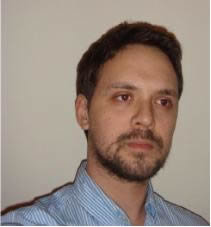 Born 1985,Vasileios Bizios is an MSc. Mechanical Engineer & Aeronautics Engineer. He has graduated the University of Patras and his Msc is based in the areas of Aeronautics , Experimental Fluid Research and Energy.. Thus, in 2006 he accepted his first position as an Assistant of Professor Dr.Dionysius D. Margaris at the University’s Department of Mechanical and Aeronautical Engineering Laboratory where he gained extensive experience in the field of Fluid Research. Also during his college years he worked as an assistant at the laboratory For Manufacturing Systems and Automation. He is an active member of EUROAVIA and Upatras student Association. He graduated in 2010. His thesis was ‘Construction and experimental research of a subsonic widtunnel test section. He has numerous letters of recommendation from his Professors.

Recognized as a high-potential executive, in 2009, Bill’s career took a ten-fold leap in responsibility when he was sought out by Solar Technologies S.A and accepted a project developers position concerning Photovoltaic and wind Renewable Energy resources. Easily making the transition from project developer to Carbon Trading Research executive in 2010.Such a demanding research took place in the rather hostile (for new ideas )country Greece. He didn’t disappoint, championing the complete overhaul and modernization of the company’s possibilities to evolve in a Carbon Trading company.

Today, Vasileios Bizios resides Greece,. While open to opportunities, he has focused his search on CO2 or other senior technology executive roles in financial services, trading, acquisition-oriented, and other complex, information-intensive companies. Bill can be reached at 210-6198908 / vmpizios@solartechnologies.gr and he maintains a personal mail (vmpizios@gmail.com) with additional information regarding his career and his credentials.

[1]  The ‘assigned amount’ is the amount to which an Annex 1 Party must reduce its emissions over the five year commitment period 2008-2012, as included in Annex B of the Protocol. It is measured in assigned amount units (AAU), each equal to one tonne of CO2 equivalent (1tCOe).


[2]  Meeting the eligibility requirements affects a countries’ ability to be involved in transactions of ERUs at the relevant point of time. It does not prevent project participants to carry on JI projects.