Renewable energy resources are transforming the HVAC industry and the systems it depends on. As the technologies change, so does the way HVAC systems operate, the skills required to work with them and the impacts they have on our lives and environment. 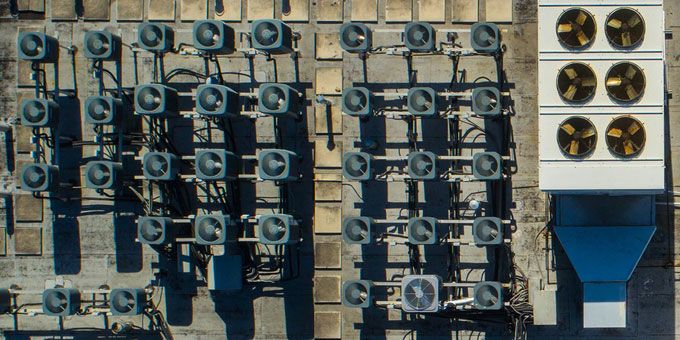 How Renewable Energy Is Redefining HVAC

Renewable energy is changing a lot about how we live our daily lives and is impacting a variety of sectors across the economy. In part because of how much energy HVAC systems require, the HVAC industry may be one of the most heavily impacted.

Renewable energy resources are transforming the HVAC industry and the systems it depends on. As the technologies change, so does the way HVAC systems operate, the skills required to work with them and the impacts they have on our lives and environment.

Renewable technologies are becoming more prevalent in the HVAC industry. More people are now using renewable systems to heat and cool their homes from well-known technologies like solar to more obscure ones. Here are a few examples:

Just as you can use solar energy to power lights, ovens and other electrical appliances in your home, you can use it to power heating and air conditioning units. Solar-powered HVAC systems can also use both solar power as well as power from the grid. Customers may then be able to use excess energy to run other electrical components of their building or even sell extra energy back to the grid.

You can also use HVAC units that are thermally driven, rather than electrically. One such system uses solar panels that generate heat. A double-effect absorption chiller can then convert this heat into chilled water used for cooling. If need be, these systems can supplement with natural gas.

You can now also use ice to cool your home, thanks to systems like the Ice Bear battery. During off-peak hours, the system makes ice and then later uses it to cool a building. Essentially, it creates a clean, renewable thermal battery. The Ice Bear can decrease peak cooling electricity by 95 percent for as many as six hours each day, according to the company.

Geothermal heat pump systems are not a new technology, but they are gaining popularity in the HVAC space. These systems use the natural temperature of the Earth to heat and cool a building. To heat a building, they circulate water, which collects heats from the ground. To create a cooling effect, they remove hot air from the building.

The fact that the technology used to heat and cool buildings means that HVAC technicians need to learn new skills. If they learn how to work with these new systems, they can gain more business and improve their chances of having consistent work in the future.

In addition to renewable energy systems, HVAC pros are more often encountering internet of things technologies. HVAC systems that utilize these types of technologies may contain sensors and share information on usage with users via an internet connection.

Using renewable energy sources instead of fossil fuels leads to reduced emissions of the greenhouse gases that are causing global temperatures to rise. Thanks to renewables, it is now even possible to heat and cool a building entirely emissions-free.

2. Decreased Use of Refrigerants

Refrigerants are required for the operations of many traditional air condition units. Eventually, though, researchers discovered that they could negatively impact the environment. Freon, which was once a leading refrigerant for A/C units, is a hydrochlorofluorocarbon (HCFC). Because Freon depletes the ozone layer, the U.S. government banned it in 2010. Now, Puron is used as an alternative, as it does not damage the ozone layer.

Emissions from fossil fuels degrade air quality, which can worsen breathing problems such as asthma and bronchitis. HVAC units may also increase the number of allergens in the air inside a home by recycling air with allergens in it. Switching to cleaner HVAC technologies can improve air quality on both small and broad scales. Instances of asthma, which impacts 17 million people in the U.S., are on the rise, making air quality an even more pressing issue.

The Renewable Future of HVAC

The technologies we use to home and cool our homes and businesses are changing. As the use of renewable technologies increases, we see environmental and health impact improvements as well as increased efficiency from our HVAC systems.