Engineers build the fabric of society. Every time an engineer goes to design a road, or a cell phone, or a building, they can make the choice to design it for sustainability.

Engineers for a Sustainable World

Contributed by | Engineers for a Sustainable World

Please tell us a bit about Engineers for a Sustainable World and your role in the Alternative Energy Industry?

Engineers for a Sustainable World (ESW) is an international nonprofit network of over 50 chapters and 1,500 engineers working to build a better world through hands-on projects. Our members have worked on everything from solar charging stations to low-cost wind turbines to worm composting. We have also done considerable work in the K-12 outreach sector, as many of our chapters have partnered with local schools to teach sustainability and engineering. ESW empowers the next generation of engineers to tackle the big, messy sustainability challenges of the 21st century, including the many challenges in creating an alternative energy industry. 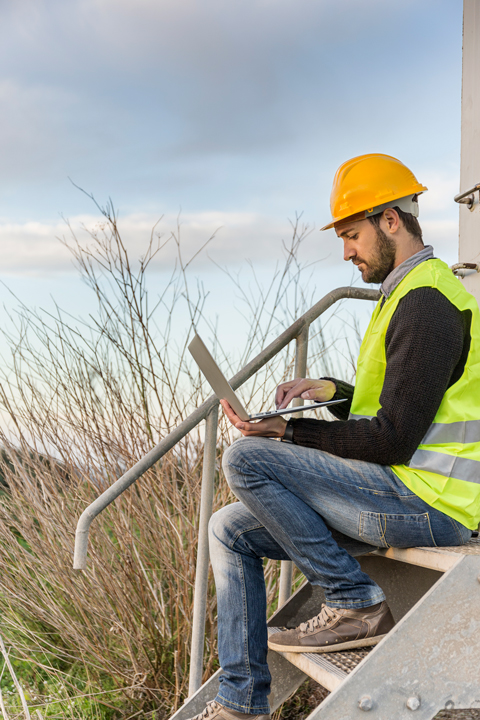 Since 2014, ESW members have designed a total of almost 50 alternative energy projects, many with an educational outreach component.

How do you think engineers can play a part on building a more sustainable world?

In many ways, engineers have gotten us into this mess. From car-based transportation systems to the rise of oil, engineers have played an instrumental part in building the world the way it is today. That is why it is more important than ever that engineers be a part of the solution.

Engineers build the fabric of society. Every time an engineer goes to design a road, or a cell phone, or a building, they can make the choice to design it for sustainability. The engineer can choose to add bike lanes and bus rapid transit to the road, incorporate sustainable materials into the cell phone, or add alternative energy power systems to the building.

When I tell people about ESW, many believe that we only work in the civil engineering space. That could not be farther from the truth. In reality, almost any discipline can tap into sustainability. Our most popular major is mechanical, and many of the projects that our members work on utilize mechanical engineering. Surprisingly, chemical engineering is our second most represented major. Chemical engineering is leveraged in our work in biodiesel, fuel cells, and natural herbicides.

What types on renewable energy projects have your members worked on?

Alternative energy is a cornerstone of many ESW project. ESW members at Cornell worked on project to convert the pollution caused by waste fats, oils, and greases that enter the sewer system into biodiesel. ESW-Northwestern created a Smart Tree for renewable energy use by students to charge their electronics on campus. Motivated by the advancements in hydrogen fuel cell technology, members at ESW-UC San Diego decided to build their own hydrogen fuel cell to power small appliances on their campus.

How do students and professionals get together to work on these projects and what is a typical outcome from them?

Students and professionals work within their respective chapters and collaborate on solutions to sustainability challenges. A project will often start with a bit of inspiration. Many a member read about the housing crisis in Puerto Rico after the hurricanes and decided to embark on a project to build affordable housing. One of our team leaders was inspired by a trip to a vertical wall garden to create her own on the Berkeley campus.

Armed with an idea, our members then rally the support they need on their campus. They bring together members from a variety of backgrounds—civil, electrical, mechanical, and even sometimes those in the liberal arts or humanities.

In ESW, we believe in the power of hands-on work. Members do not just stop at designing their project, they build it and implement it in the community. Our members have saved kilowatts of energy in building energy assessments, added renewable energy on campus through solar charging stations, and eliminated waste through recycling programs.

What do you see as one of the greatest needs in sustainability and what are you doing about it?

Climate change is undeniably real, and one of the greatest challenges facing us is the need to build more resilient communities. ESW launched the Resilient CommUnity Design Challenge, which partners student teams with local organizations to collaborate on solutions to local resilience needs. Student teams enter a 7-month program where we teach them how to engage in community-based work and empower them to develop their own project idea. In 2016, we awarded project funding to ESW-Georgia Tech for their design of a natural herbicide. Over the years, solutions have ranged from monarch conservation gardens to public transportation advocacy programs to solar powered aquaponics.

How did you get your career in sustainability?

I got my start in sustainability around my senior year of high school when I was coming to terms with all the injustice in the world and my own privilege. I felt simultaneously distraught over all the bad in the world and empowered to do something about it given my position in society. I felt strongly that a better world consisted of a more sustainable and socially justice world. The following year when I started at Smith College, I was immediately struck by the name Engineers for a Sustainable World. I never thought that engineers could play a part in sustainability, so I attended the first meeting on a whim. If I was not sold on sustainability already, then it was hearing the passionate spiels from the senior members that truly did me in. Inspired by the other ESW members, I decided to buckle down and begin doing something about the sustainability challenges I saw around me.

What message do you have to students trying to get a career in sustainability or renewable energy?

To every student out there looking to begin a career in sustainability or renewable energy, the best advice I can give you is to start doing things. Where you went to college and your GPA will only take up a single line on your resume; If you want to impress a future employer, design something. Build something. Show the world that you are engineer capable of tackling real work problems.

Brittany Bennett is the Executive Director of Engineers for a Sustainable World. She has been a part of ESW for five years since 2012, starting in her first year at Smith College where she was a Chapter President. Brittany was involved in one of ESW-Smith's premiere projects - the design of a cargo bicycle to transport goods for Dining Services. After winning Smith's "Sustainable Leader" award, Brittany went on to become the first Director of Chapter Relations at ESW-Headquarters in 2013. As Director, Brittany restructured the relationship between ESW chapters and Headquarters. Brittany is also the author of ESW's Chapter Leader Guide. After a year with ESW-HQ, she decided to pursue her passion for K-12 education. Brittany created new STEM lesson plans, workshops, and other educational content for ESW. She was later promoted to Deputy Director, and eventually became the Executive Director of ESW. As ED, Brittany is dedicated to supporting projects, both student and professional, that have a lasting sustainable impact on campuses, in communities, and in the world. Outside of ESW, Brittany is the Development Director of The Climate Mobilization.