Using electrical propulsion to move a vehicle, will make the vehicle more efficient and quieter than the present combustion engine. The biggest problem is the conventional batteries that are now being used. This is owing to low gravimetric and volumetric energy densities of the batteries that result in a shorter life. They also add more weight and less usable space in the vehicle.

The use of electric motors could be more attractive for vehicle use by replacing the batteries and employing fuel cells as the chief electrical source. Fuel cells are the most efficient processes of changing various fuels—notably hydrogen—into clean, efficient, reliable power. A growing number of global companies are investing in fuel cell technology.

As the supply chain improves and the technology recognized, we will see the mass manufacturing of passenger vehicles. The fuel cell industry is becoming increasingly well-aligned for worldwide success.

Fuel cells are open thermodynamic systems. Fuel cells use electrochemical reactions and burn up fuel from an external source. 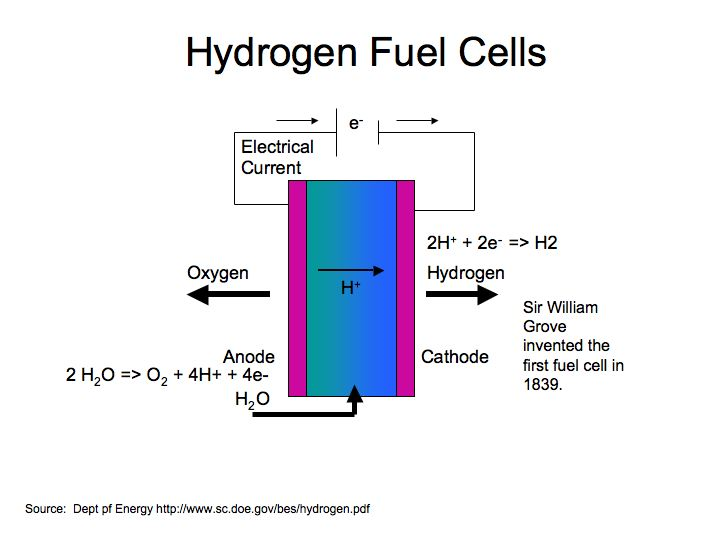 Hydrogen gas is passed through a fuel cell stack that mixes the pure hydrogen with atmospheric oxygen to generate an electric current. This electricity then powers one or more electric motors driving the wheels.

Fuel cell vehicles use hydrogen gas to power an electric motor. Since they’re powered completely by electricity, fuel cell vehicles are considered electric vehicles with their range and refueling comparable to conventional cars and trucks.

Fuel cell vehicles don’t create tailpipe pollution, as they convert hydrogen gas into electricity, producing only water and heat as a byproduct. The process of producing the hydrogen can lead to pollution; but even when the fuel is produced from natural gas, which is a dirty source, emissions can be reduced by over 30% when compared to a gasoline engine.

Mercedes-Benz launched the GLC F-Cell EQ Power at the Frankfurt motor show. It's a plug-in hybrid crossover. It doesn't have an engine. Instead, it is a hydrogen fuel cell SUV with a feature no other hydrogen-powered car offers—the first plug-in fuel cell powertrain. The single electric motor is rated at 197 horsepower with 258 pound-feet of torque, and a top speed of 100 mph.

The GLC has a lot going on with its expensive powertrain. We can expect to see it in low volume production within the next few years. Mercedes-Benz has been experimenting with hydrogen fuel-cell technology for several decades.

The GLC F-Cell can be charged at home or at public charging stations in case hydrogen-fueling infrastructure is sparse in certain areas. Toyota, Daimler and BMW are leading a group of 13 companies across the world, investing $10 billion over the next 10 years in developing hydrogen technology and infrastructure.

Pressurized hydrogen is sold at hydrogen refueling stations. Refueling a fuel cell vehicle is similar to refueling a conventional car or truck. The driving range of a fuel cell vehicle is about 200-300 miles. Battery run electric vehicles need to recharge by plugging in; whereas centralized refueling and longer driving ranges make fuel cells particularly desirable for larger vehicles that travel long distances, or for drivers who lack plug-in access at home. 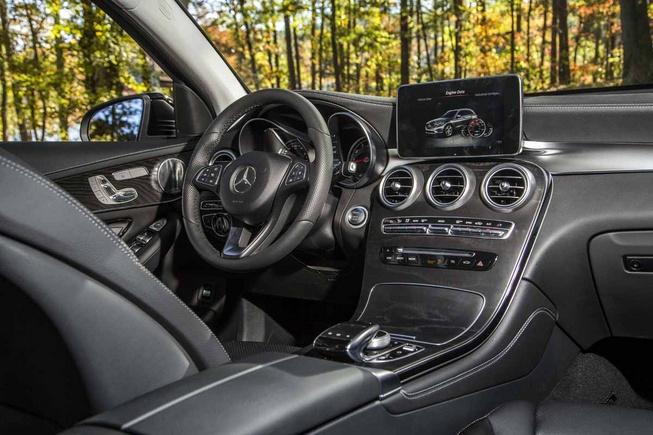 The interior looks just like that of a standard gasoline GLC, one of the luxury brand's most popular models in North America. The instrument panel is larger with a 12.3” digital display, and the center display measures 10.25”. The menu offers location information for both charging stations and hydrogen fueling sites.

The Toyota Mirai at $57,500 MSRP is only available in California. It has a range of 312 miles. Toyota built safety factors into the Mirai, such as their multi-patented, carbon-fiber-wrapped, polymer-lined tanks, which are built in a three-layer structure and absorb five times the crash energy of steel. In the case of an accident, the system automatically shuts the tank’s hydrogen output valve, preventing hydrogen to travel to damaged systems outside of the tank. Since hydrogen is lighter than air, it rapidly disperses, in case of any leak in the system.

The Mirai’s exceptional frame is designed to distribute crash forces efficiently. If the car is involved in a crash, the impact force is distributed around the passenger cabin, the fuel cell stack, and the hydrogen tanks.

Hydrogen doesn’t happen naturally, it has to be separated, then compressed in fuel tanks before being mixed with oxygen in a fuel cell stack to create electricity to power the vehicle’s motors. Now, if you look at an electric car, the electricity comes straight from a battery pack.

The conventional method of hydrogen production encompasses separating it from natural gas; but an effort is underway to acquire hydrogen from biomass, a process that would meaningfully cut the life-cycle emissions from hydrogen to around 60g/km CO2 from 120g/km. This will be below what an electrical vehicle can ever achieve.

It is estimated today that a fill-up costs around $50-60 for a complete fill for the 312-mile Mirai.

This fueling station in Washington, D.C., provides drivers with both hydrogen and gasoline fuels

No one seems to know which is best—electric vehicles or Hydrogen fuel vehicles.  So, the auto industry is moving forward with the “all of the above” technological approach, and let the market choose the winner- similar to the 8-track versus VHS video cartridge.

Japan is attempting to put 40,000 fuel cell vehicles on the road by 2020. To accomplish this, it needs to have a strong infrastructure of hydrogen fueling stations, which it does not yet have. This infrastructure needs to be in place in every country that plans to introduce hydrogen fueled cars. Infrastructure is expensive, but needs to be in place before any type of electric car is mass produced for a particular market. This is a case of what comes first—the horse or the cart. If an owner can’t find a station to refuel a car, why own one; and if there are no cars available, why build refueling stations?

There are only 40 refueling stations in the entire United States—36 in California. This is not very conducive to buying a hydrogen fuel car.