01/06/23, 05:39 AM | EVs and Fuel Cells | Alternative Transportation
In terms of refuelling time, FCEVs have a huge advantage over BEVs, taking around three to five minutes to refuel. This means that lorries can get straight back onto the road with minimal downtime, without hampering delivery expectations.

2018 will be the year of the electric car 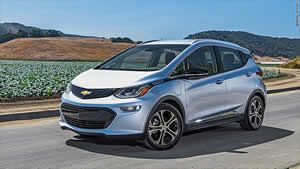 Peter Valdes-Dapena for CNN Money: In 2018, electric cars will finally turn the corner from curious niche product to become a viable option for America's families. Next year will mark a turning point in the ultimate electrification of America's roads. 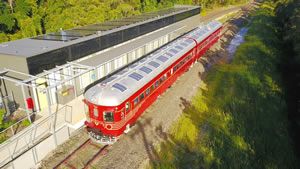 Futurism: The Byron Bay Railroad Company has created the first fully solar-powered train. While it doesn't travel long distances, it does prove that the Sun is a viable source of energy for passenger transportation.

Flight to the future: Solar Impulse shows we can run the world without consuming the earth

The lessons of Solar Impulse are clear: by pushing the boundaries of technology, and refusing to accept limits, technological or psychological, we can run the world without consuming the earth, and reach heights we never believed were possible.

It is now clear that the MEA business will be around $24 billion as soon as 2020 but the new analysis by IDTechEx sees truly hybrid and pure electric aircraft being a $24 billion business in 2031.

Even out the Odds: A Switch to Greener Transport

03/08/16, 08:27 AM | Other Renewables | Alternative Transportation
India must look beyond its current state towards the type of country it hopes to become, and must find a balance between increasing wealth and prosperity, acceptable mobility and access, and low emission levels.

In The Midst Of Toxic Oil Spill, Vancouver Announces It Will Go 100 Percent Renewable 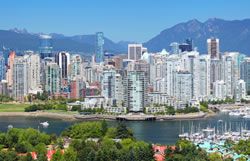 There’s some mixed news coming out of Vancouver, Canada this week. On the one hand, the city announced at an international sustainability summit that it would commit to using 100 percent renewable energy to power its electricity, transportation, heating and air conditioning within 20 years. On the other hand, Vancouver is also dealing with a fuel spill in the waters of English Bay that is washing up on beaches and threatening wildlife. On March 26, Vancouver’s city council voted unanimously to approve Mayor Gregor Robertson motion calling for a long-term commitment to deriving all of the city’s energy from renewable sources. At the ICLEI World Congress 2015 this week in Seoul, South Korea, the city went a step further, committing to reaching that goal of 100 percent renewable electricity, transportation, heating and air conditioning by 2030 or 2035. Right now, Vancouver gets 32 percent of its energy — that includes electricity, transportation, heating, and cooling — from renewable sources, so the goal is ambitious, but not impossible. According to the Guardian, Vancouver could get all of its electricity from renewables within a few years, but transportation, heating, and cooling may prove more difficult. When hydrogen is compressed, it is much more energy-dense than even the most advanced batteries.

07/12/13, 08:56 AM | Solar Power | Alternative Transportation
California's Alternative and Renewable Fuel and Vehicle Technology Program, for example, is more than half way through implementing its target of supporting installation of more than 6200 charging stations, and Tesla, Nissan, and Rabobank/SolarCity have been developing their own charging networks in California.

Electric Vehicle Trends of 2012 and Into the Future The EV industry will continue to evolve as infrastructure rolls out across the country, the selection of charging and EV model options will broaden and the number of environmentally conscious consumers will grow.