The automobile industry is changing before our eyes. We are seeing more electric cars on the road and autonomous cars are coming sooner than we might expect. When you add the two together, today’s gasoline cars will seem like the horse and buggy.

Tesla is leading the way in both categories. It established the luxury electric car market and placed an extraordinary number of Supercharging stations in place throughout the country. Tesla's investments in electric vehicles and battery technology continue to outpace the established automakers.

Believe it or not, there are only six parts on a Tesla Model S that need regular replacement. They are the four tires and the two wiper blades. The battery and coolant might need to be checked occasionally. When the car has to stop, it is done by regenerative braking; thereby not wearing out the brake pads. Without valves, camshafts, connecting rods, a crankshaft, gears, clutches, or any of the other complexities of a car with an engine and a transmission, a battery-electric car needs almost no service.

Volkswagen anticipates becoming a major player in the growing global electric car market in an aggressive way, given the automaker's range of I.D. electric-vehicle concepts. The first high-volume electric Volkswagen will be a production version of the 5-door I.D. hatchback. 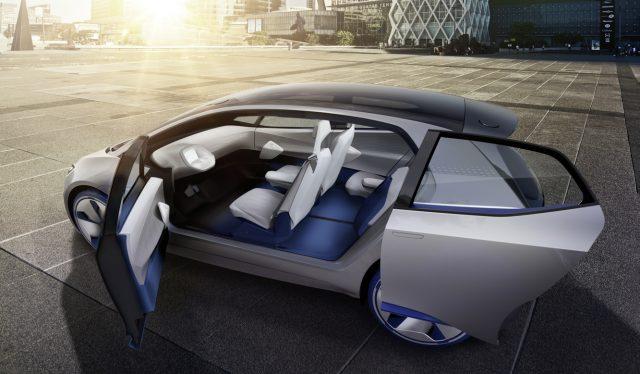 The car will exceed 300 miles on a single charge when it ships in 2020. The VW ID motor configuration will be arranged like the BMW i3 with the engine driving the rear— not front—wheels. The lithium-ion battery pack will be mounted under the passenger compartment, lowering the center of gravity.

VW will be using its modular electric drive kit, allowing the chassis configuration to be scaled up or down to build larger EVs or smaller vehicles for space constrained large cities.

Starting in 2019, every new model the Swedish automaker, Volvo, releases will run at least in part on electric power. Between 2019 and 2021, Volvo will roll out five electric models, along with plug-in hybrids and mild hybrids. The company isn't killing the gas engine yet, but it's on its way. It takes about 5-7 years to develop a new model car. 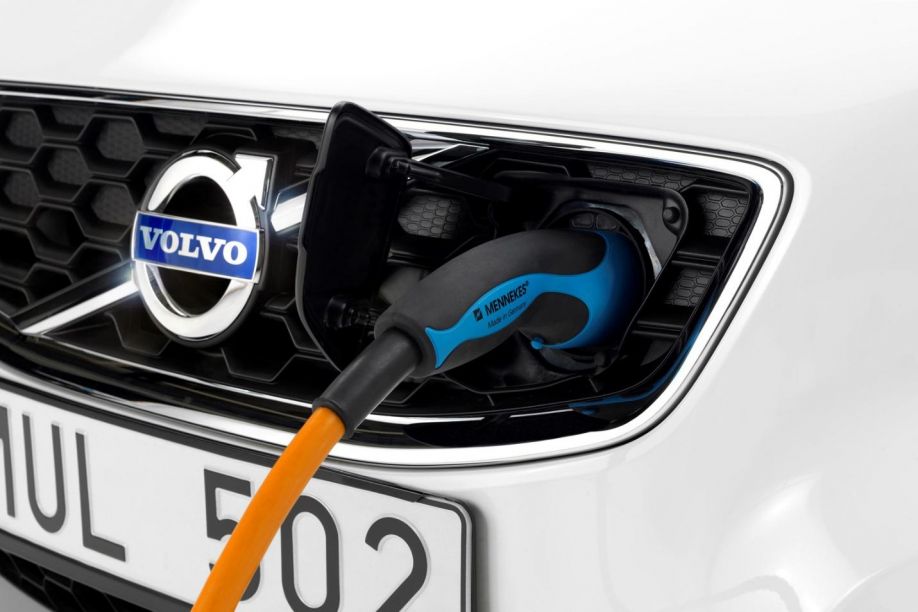 Lithium air breathing batteries might just give automakers a new type of battery.

Lithium air means using oxygen as the oxidizer, rather than a material. The result is batteries that can be a fifth of the price and a fifth as light as lithium-ion, plus they could make car batteries last five times longer. They can be charged 2,000 times.

Lithium air breathing batteries include a highly porous graphene electrode, made from one-atom-thick sheets of carbon atoms and an electrolyte made from the organic solvent dimethoxyethane, mixed with the salt lithium iodide. The main byproduct of the battery's reaction is lithium hydroxide, which decomposes easily when the battery is charged, rather than coating the anode like the old lithium batteries.

Researchers at the University of California, Irvine have developed a battery that addresses another problem. The system designed by doctoral candidate Mya Le Thai can be cycled hundreds of thousands of times without wearing out, which could lead to a battery that never needs to be replaced.

The experimental battery is composed of gold nanowires, which have been a topic of study for energy researchers. These structures, which are thousands of times thinner than a human hair, have extremely high conductivity and surface area, making them ideal for the transfer and storage of electrons. The problem has been that gold nanowires wear out quickly when used in conventional lithium-ion systems.

This problem is mitigated by coating the gold nanowires with a manganese dioxide shell. This electrolyte has a gel-like consistency that appears to stabilize the nanowires and prevents them from breaking down. These batteries are a few years away. 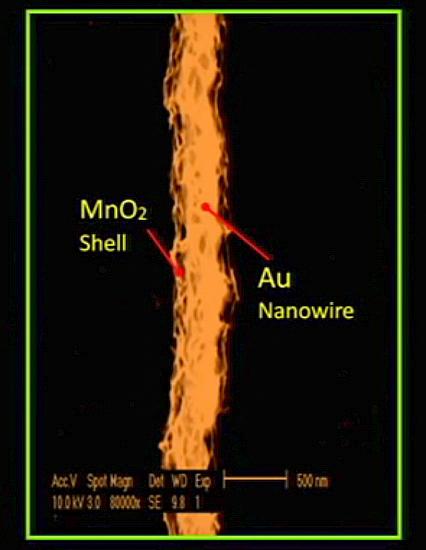 Batteries are the limiting factor in the popularity of electric cars. They are one of the most expensive components of the vehicle, and have limited range compared with gasoline powered vehicles. While there have been some impressive advances in recent years, a team of researchers have created a supercapacitor film that could replace the need for a battery altogether within the next five years. The collaboration is between scientists at Rice University and Queensland University of Technology.

The supercapacitor consists of two layers of graphene with an electrolyte layer in the middle. The film is strong, exceedingly thin, and can release a large amount of energy in a short amount of time, which is essential, as vehicles need an extra energy spurt for acceleration.

Supercapacitors offer a high-power output in a short time, meaning a faster acceleration rate of the car and a charging time of just a few minutes, compared to several hours for a standard electric car battery. Ordinary batteries take up a large amount of space. The supercapacitor film could be integrated into different locations within the vehicle, such as the body panels, roof, floor, and doors. A supercapacitor this large could provide the vehicle with the amount of energy it needs, while making the vehicle itself much lighter.

After one full charge, this car should be able to drive up to 310 miles. This is equal to a gas engine vehicle and double the distance of today’s electric cars. 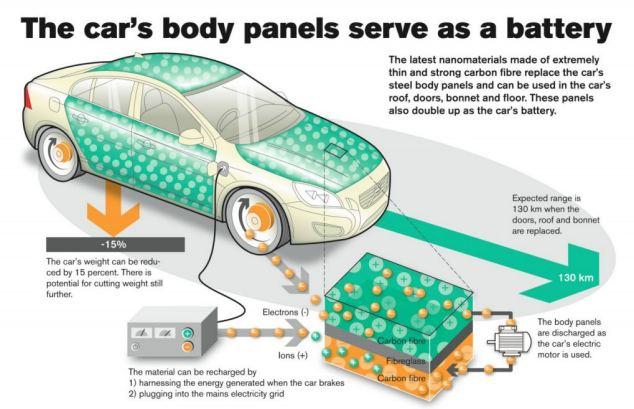 Electric vehicles are built to be reliable and many auto manufacturers are backing up their vehicles with extended warranties. Many of the warranties range from 8-10 years and up to 100,000 miles.

Electric vehicles are not necessarily expensive. There are many options of vehicles with incentives that place the vehicles in line with, or even better than a gas driven car.

Electricity prices are far less volatile and the power companies are regulated by the Public Service Commission.

Price isn't the biggest deterrent from electric vehicles—charging stations and their associated infrastructure is. Car buyers have no knowledge of the infrastructure behind electric cars. Many are not familiar with charging stations that are near them or along their route. Because of the lack of this knowledge and the range limitations, buyers are not jumping into the market. 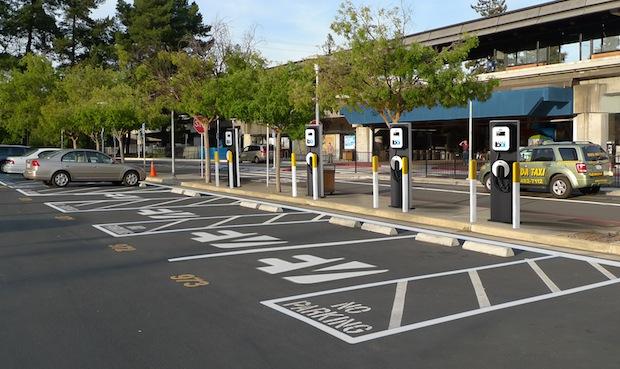 China will lead the transition to an EV-driven society. Car companies are doubling down on plans to produce a selection of electric vehicles. Because of its awful air quality, China has been pushing electric vehicles, which could help automakers with the economies of scale.

Renault demonstrated dynamic wireless electric vehicle charging (DEVC), which allows vehicles to charge while driving. Renault has joined with Qualcomm Technologies and Vedecom in designing a DEVC system capable of charging an electric vehicle dynamically with a charge of up to 20 kilowatts. The DEVC system has been designed to support real-world implementation of dynamic charging.

Battery technology has been slow to evolve. While electric cars have made progress in recent years, they have not yet reached the price point that will put them in most driveways around America. The moment for a tipping point for electric vehicles is not here — yet. What needs to be decided is the tipping point where automakers stop manufacturing the combustion engine and start the mass manufacturing of electric engines.