We are now within touching distance of finally being able to bring all the benefits of fuel cells – space-grade power reliability and complete sustainability – at a price point to truly become a mainstream power source.

How much of an issue is there today when it comes to connectivity in rural areas?

For those that travel through mobile black spots or areas of poor coverage, it’s often just a short-term annoyance or inconvenience. But for those that live in rural locations around the world – some 1 billion of us – poor or no mobile reception can have a serious and detrimental impact on our lives and businesses. 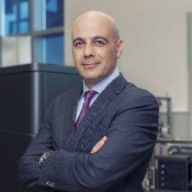 In fact, it’s staggering to think that in 2018, 14% of us still don’t have electricity, telecoms or basic services – with 84% of those people living in rural communities.

According to GS Main Intelligence, 2G coverage now reaches more than 90% of the global population

in most mature markets and in many emerging ones, while 3G coverage is generally lower at 60-70%.  When you look at the impact on businesses, in a survey of 1,465 companies, the British Chambers of Commerce found that 29% reported unreliable mobile internet connections – with the figure rising to 54% in rural areas.

And with our ever increasingly connected world, the pressure on mobile network operators (MNOs) to improve our communication networks is huge. While lost mobile/cellular revenues due to poor or non-existent rural connectivity is difficult to estimate, very conservatively you could well envisage the loss amounting to hundreds of millions of Euros globally.

So, what are the barriers for MNOs to increase rural connectivity?

Firstly, remote areas tend to be less populated and less affluent. As such, the cost to establish rural towers is not covered by the incremental revenues from a low-volume, rural customer base. In addition, planning laws in many countries restrict the erection of masts or limit the maximum height of mobile phone towers. However, one of the largest issues in rural locations is the lack of an electrical grid to cost-effectively power mobile phone towers.

So, when you combine the vast and difficult-to-service areas with the lack of a grid or a reliable power alternative, it makes the rollout of rural networks essentially unaffordable. When you also consider that many businesses are now also seeking alternatives to diesel to reduce their carbon footprint, you can see that rural networks are a complex challenge for the industry.

So what power solutions are currently being used to keep off-grid telecom towers operational? Why are they not being used more broadly by MNOs?

For many cellular/mobile phone carriers, the cost to cable electricity to an off-grid tower is simply too expensive. Therefore, in many cases, companies have installed diesel generators (DGs) to provide the necessary power. However, they need regular maintenance to ensure their effectiveness, which means that two generators must be installed, so one is operational while the other one is offline for maintenance – a costly exercise.

Managing these diesel generators also requires time-consuming and expensive monthly maintenance visits to each tower. What’s more, there is also a growing trend for diesel generators to be stolen, causing significant disruption and additional cost.

For larger businesses, this could represent many hundreds or thousands of towers!  In fact, the GSMA estimates that by 2020, the global telecom industry will have deployed approximately 390,000 telecom towers that are off-grid, with 790,000 towers in bad-grid locations – so we are clearly talking about significant numbers.

But even with these issues, the use of diesel still seems to be so commonplace. What impact do you think the continued use of diesel will have on the telecoms industry in the future?

According to the GSMA research, if telecom towers continue to use diesel, as is the case for more than 90% of them, diesel consumption for these towers will increase by 13-15% from today’s levels, to over 150 million barrels per year. The resulting annual cost of diesel will be over US$ 19 billion in 2020, or US$ 5 per mobile-phone user per year. In addition, about 45 million tons of CO₂ per year will be released, an increase of more than 5 million tons annually.

Alternatively, converting to more efficient, green power solutions, could save the industry US$ 13-14 billion annually, even after capital expenses (CAPEX). Adopting green technologies at this scale could reduce carbon emissions by 40 million tons and save US$ 100-500 million annually.

So, the environmental issue is incredibly important, while the business opportunity to make considerable savings, increase customer service and lost revenue, is no less substantial.

So what alternative power solutions can address this issue?

Fortunately, emerging fuel cell technology is poised to solve one of the biggest problems in getting Telecom Towers into those rural communities, and that’s affordable power. Not the conventional hydrogen fuel cells as we know them, but a new breakthrough which will see the rise of the first cost-effective primary power fuel cell to replace diesel generators.

But fuel cells have existed for such a long time and never lived up to the hype, right?

It’s true, the technology has been around for over 100 years. However, its power reliability has never been questioned. In fact, NASA pioneered the use of alkaline fuel cells in the 1960s to provide the electricity to power spacecraft of its Apollo program.

But you are correct – in the early days of fuel cell development, the promise of the technology was huge and many businesses were attracted to its distinct benefits. However, as scientists tried to commercialize the technology, issues with scalability and manufacturability became apparent. Providing a price competitive solution to traditional power solutions such as diesel generators, proved a big barrier.

But as with most technology introductions, many types of fuel cells have since been designed, refined and the early issues resolved: principally fuel cell affordability – CAPEX and OPEX.

Today, we see hydrogen-based fuel cells providing backup power in a variety of markets including manufacturing, energy, homeland security and telecom networks. However, we are now within touching distance of finally being able to bring all the benefits of fuel cells – space-grade power reliability and complete sustainability – at a price point to truly become a mainstream power source.

So, what does this mean for MNOs and Telecom Tower Management Companies in terms of addressing the issue of rural connectivity?

This represents a potentially significant milestone in addressing the power issue of rural connectivity. Imagine being able to power off-grid telecom towers with a solution that doesn’t require diesel, and one that is cheaper, cleaner, more secure, ultra-reliable and only needs maintaining and fueling once a year.

Not only will it save tower management companies money, but it will also drive significant business for MNOs, providing them with much more reliable networks and a much more profitable business case to extend their tower network into more rural areas. Not to mention increasing consumer communication to transform their economic development, education, health and quality of life.

In remote areas with extreme weather, such as in Brazil with its high humidity or Canada with its extreme cold, telecom providers often struggle to provide communities with a reliable and continuous telecom network. A primary power fuel cell could bridge that gap and revolutionize telecom tower reliability, offering uninterrupted service in extreme temperatures.

In some cases, this is not a nice-to-have but a must-have technology, where for instance, being able to make a call to the emergency services can save lives. In other situations, reliable access to the internet makes online banking and other services possible, significantly improving lives, businesses and economic prosperity.

With talk of 5G connectivity being the key to unlocking high-speed broadband internet in the future, you can see that solving off-grid power issues will become paramount to all – but especially to energy service companies (ESCOs) that provide power to towers owned by MNOs. These businesses are continuously under pressure to decrease energy costs, as it represents 60% of all annual operating expenditure.

This sounds extremely promising. When can we expect to see such a fuel cell come to market?

GenCell has been working on this technology for over a decade and we are now very close. We will be launching later this year. Currently in the final phase of field testing, the new solution will bring the total cost of ownership of a fuel cell to a price point that takes it from a back-up power solution, to a mainstream power source for off-grid applications – with all the added benefits that fuel cells deliver.

Posted by Christopher Pinelli on 04/06/18, 12:05 PM
OffGrid Power Solutions (www.offgridpowercorp.com) has been powering small cells installed in rural regions throughout the world for many years. With correct design, component specification and integration practices, solar power is a proven economical and reliable solution for powering rural or remote small cell sites throughout the world with minimal OPEX, quick ROI's and low TCO's.