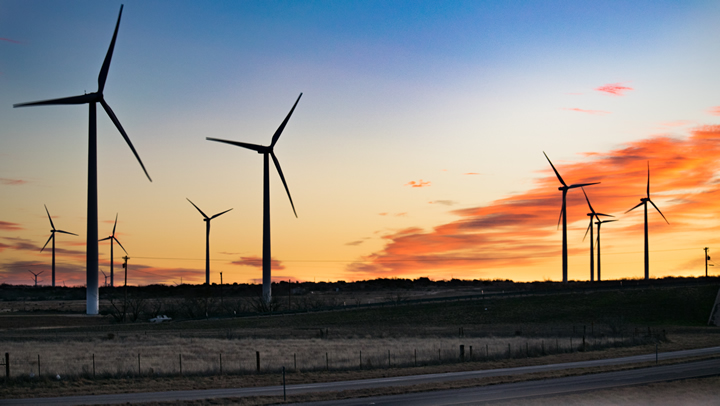 Researchers at the U.S. Department of Energy’s (DOE’s) National Renewable Energy Laboratory (NREL) have determined how to transport massive wind turbine blades to parts of the country at a lower cost than segmented blades, but the solution will require some flexibility on the part of industry.

Manufacturing blades that can bend with “controlled flexing” will allow railroads to ship longer blades around the United States. Because of bends, twists, and turns in railroad lines, the upper limit for transporting single-piece land-based blades by rail is currently 75 meters. The conceptual design envisioned by researchers would stretch that limit to 100 meters or beyond for land-based turbines. Blades of this length are already being proposed for offshore wind turbines and can be transported via barge, but they have not been installed inland due to the transportation constraints.

For land-based turbines, the longer blades could be shipped attached across the length of four railcars.

Longer blades and taller wind turbines allow for the greater production of energy, even in areas where wind speeds are low. Seeking an economical solution to installing wind turbines has kept wind farms from regions where the resource could potentially be harvested, including the southeast United States. The flexible blade technology may enable more deployment in these areas in the future due to the lower cost. Lowering the cost of transportation and enabling rotors with a higher capacity factor could make these deployments more economically feasible.

“This research can aid in massive deployment of wind energy in different regions of the country—even parts of the country that typically haven’t seen as much deployment,” said Nick Johnson, a mechanical engineer at NREL’s National Wind Technology Center and co-lead of the U.S. Department of Energy’s Big Adaptive Rotor Project (BAR). He is also co-author of a new paper, “Land-based wind turbine with flexible rail-transportable blades,” which appears in the journal Wind Energy Science.

BAR emerged from a 2018 workshop on supersized land-based wind turbine blades. In addition to NREL, other BAR partners are Sandia National Laboratories, Oak Ridge National Laboratory, and Lawrence Berkeley National Laboratory. Engineers at the international organization DNV GL, which has a working relationship with NREL, in 2019 proposed on a conceptual level the controlled flexing of the blades during rail transport. The new paper provides an in-depth investigation into the idea.

Co-authors on the paper are Pietro Bortolotti and Nikhar Abbas from NREL, and Evan Anderson, Ernesto Camarena, and Joshua Paquette from Sandia.

The paper considers a 5-megawatt wind turbine installed on a 140-meter-tall tower.

The scientists examined the potential for five designs that represent the next generation of land-based turbines. They modeled the designs using NREL’s Wind Plant Integrated System Design and Engineering Model (WISDEM) software to determine the best option. One idea, that of cutting a blade in two for transport, was among those considered as a baseline that considers existing technology. The analysis showed that while this is a feasible solution, it does not have the same cost benefits as shipping the single-piece rail-transportable blade.

Blades already possess some flexibility. Traditional blades can have deflections of about 10% of the blade length from the root where they are attached to the turbine to the tip. For the blades envisioned by the BAR research, this increases to 20% to allow for the flexibility required for rail transportation.

Johnson said he sees industry adopting the flexible blades about five years out. “We're still in the process of fleshing out some of the details, some of the trade-offs associated with the technology,” he said. “We have an industry advisory panel and have had great input and feedback from the members. They've kind of steered us in this direction. They think it's a promising idea, and certainly worthwhile as the impact could be significant.”

The paper points out areas for further research, including the potential for blades even longer than 100 meters.

The research was funded by DOE’s Wind Energy Technologies Office.