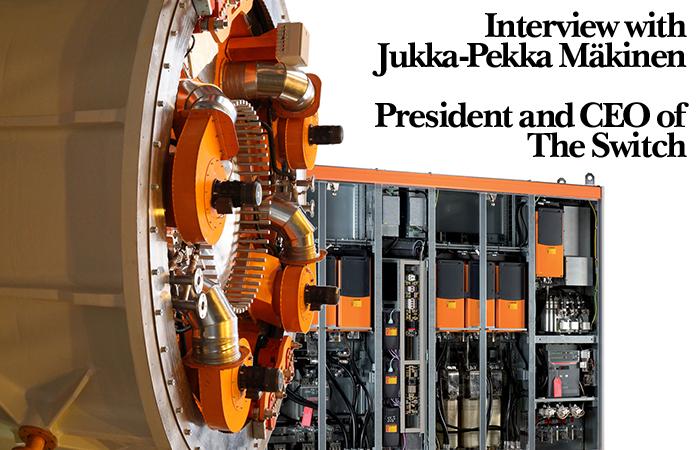 What is the outlook for North American Wind business?

Once again US has been short sighted in policy making. The debate of the PTC just took too long and put the players to uncertainty. Installations were pushed in 2012 to record level of almost 13 GW. This year will be a big dip to estimated 4 GW or so and midterm the installations should level on 7 GW level.

What should be the focus in wind industry?

Wind is one of the cheapest ways to build new electricity capacity, but it is challenged by cheap gas. Now the industry should start using bigger and better turbines. With the help of modern drive trains Lower Cost Of Energy can be reached. The modern drive trains include use of 2,5 MW+ turbines equipped Permanent magnet generators and Full power converters. This way investment costs can be reduced as local compensation stations are not needed and turbines produce more energy in wider range of wind speed.

What does bigger and better turbines mean in practice?

The drive trains in multi MW modern turbines include direct driven generators or medium speed generators combined smartly with gearbox. Direct drive turbines eliminate the need of gearbox and therefore reducing the need of maintenance. A good example medium speed generators is Fusion drive where the generator is actually part of the gearbox. This way the rotational speeds are low and thus reduces the need for maintenance. The unit is compact and weight is low, meaning low, making the construction and erection of the turbine easy and cost efficient.

Bigger and better turbines are also needed for the offshore installations. As the foundations are expensive the turbine power should be as high as possible. Offshore wind power is moving ahead mainly on the drawing table. The new technology should already be introduced on the land based applications.

Do you think there is more efficiency to be squeezed out of turbine design?

One of our contributors is adamant that modern turbine design is on the wrong track (article reference).

The wind is the cheapest way to produce electricity already today. The problem is that all forms of power. “Global fossil fuel subsidies, worth $523 billion in 2011, are providing an incentive to emit CO2 equivalent to $110 per tonne.” Chief economist Fatih Birol, International Energy Agency (IEA), 4 February 2013 New Zealand has been able to cut away all the subsidies for the power and wind is doing well without any support mechanism. For the rest of the world it will take some time.

Why should the US work out a long-term view for renewable energy investors?

Now the US has invested a lot of money in local companies for technology development and for foreign companies to invest in local manufacturing. By having long term visibility guarantees investment into wind and other renewables. Anyhow there is a big local content in planning, construction and maintenance. Just worrying who makes the solar module or some of the key components for wind turbines does not improve local jobs. Only by having consistent market conditions there will be consistent job creation.

Where do you think the wind industry will be in 5 to 10 years in the US in terms of acceptance, economics and advancement?

I believe that in 5 to 10 years wind power will be natural part of the electricity production portfolio. As there is a possibility to produce power even for private people and same time battle the climate change, it will be more popular than other forms of power plants.

About Jukka-Pekka Mäkinen, President and CEO of The Switch

After receiving his degree in electrical engineering, Jukka-Pekka Mäkinen held various positions in ABB Drives from 1986 to 1997, including managerial positions in the medium-voltage drives and OEM businesses. His assignments included being based in Switzerland and the US. In 1997, J-P took over as President for an Ericsson-owned electrical distribution company. From 1999 to 2006, he worked as Vice President of Vacon with responsibility for the brand label and OEM business, and was involved with the electrical machines business that later became The Switch. In August 2006, J-P started full-time forming The Switch by merging three companies to carry the same name, appearance and strategy. He has been President and CEO of The Switch since November 2006.