How battery technology can contribute to realize sustainability of electricity storage?

Recently, mobile electronic devices become essential goods for daily living over the world.  It’s well known that many portable electronic devices are equipped with lithium-ion batteries because of its highest performance among practical rechargeable batteries. Therefore, there is no doubt that lithium-ion battery is indispensable for sustaining the level of convenience and economic development. 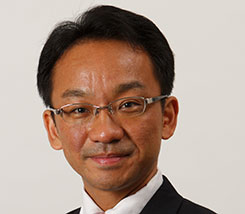 In the 21st century, development of EVs has been intensively accelerated, and now they are commercially available in the market. They are powered by battery system instead of gasoline tank. Considering sufficient cruising distance per one charge, the choice for replacement of gasoline is only lithium-ion batteries. However, a safety issue still remains because danger of charged battery is quite similar to that of gasoline.  Indeed, some fire accidents of EVs were reported ever, furthermore, Boeing Dreamliner got technical problem with the high-tech Li-ion battery and caught fire several times in 2013.  These incidents actually made us reconsider that the safety is a primary importance.  However, from the law of conservation of energy, we have to sacrifice safety to get higher energy, and vice versa, and therefore, we are always in a dilemma whether energy or safety.

As another issue, reserve bases of lithium are limited to particular regions, and indeed, many countries have to cope with import dependency of lithium resource on South America. Consequently, the price of lithium is increasing now due to the supply restriction. In addition, expensive metals such as cobalt and copper are also used to get higher energy. The EV’s battery becomes inevitably large-sized, and so the battery is the most costly component and affects a total cost. For cost friendliness of EVs, we have to strive to find new technology without using rare metals.  To tackle this issue, sodium-ion batteries, which are lithium-free and show high energy density, have been newly developed. The sodium-ion batteries are still under development, but they become a potential breakthrough toward realizing cost effective zero-emission vehicles.

We remember Fukushima Daiichi nuclear disaster that occurred after the East Japan Earthquake in 2011 and all nuclear power plants in Japan have been stopped.  Due to strong dependency on nuclear power, Japan experienced a short supply of electricity after the disaster.  In order to replace a nuclear plant with renewable energy sources, new systems have been addressed in the energy industry, and in one approach, the large-scale sodium-ion batteries may contribute to mitigation of the power variability with incorporating solar cell and wind turbine into the grid.  Additionally, there is a recent trend of building and housing equipped with stationary large-scale batteries.  The stationary batteries can be utilized for efficient use of both public and renewable energy.  More importantly, the stationary batteries will work as emergency power in case of unexpected power failure and disaster.  So far, practical batteries such as lead-acid, Ni-Cd, Ni-MH, and Li-ion battery, are used for the stationary battery, however, they involve toxic, corrosive, and costly chemicals. We can avoid hazardous materials by using the sodium-ion battery and I believe that the higher performance stationary sodium-ion batteries will provide abundant energy without relying on expensive and hazardous chemicals

Breakthroughs in new sodium-ion and safer lithium-ion systems show acceleration toward realizing cost effective zero-emission vehicles and mitigating the power variability with incorporating renewable energy sources into the grid.  Furthermore, because the battery energy storage system is based on the chemical reactions inside cells, we have to understand battery materials and reactions, while keep challenging for providing an ideal battery showing satisfactory performance involving high energy, low cost, satisfactory safety, long lifetime, environmental friendliness and so on.

Professor of Applied Chemistry at Tokyo University of Science and a Project Professor at Kyoto University; Resonate Award Recipient for developing materials for safe, efficient battery storage for EVs and the grid. Professor Komaba’s research in energy storage has developed safer lithium-ion batteries, and high energy sodium-ion batteries that can help grow the EV and grid-scale storage markets.

The Resnick Sustainability Institute’s Resonate Awards focus on innovative, paradigm-shifting work from individuals whose ideas are worthy of significant, widespread recognition. This work can be from many fields including science, technology, economics, public policy, or others. The intent of the awards is to draw attention to the innovators making significant strides in some of the grand challenges facing humanity, within the context of achieving global sustainability. These include meeting the world’s energy needs sustainably, providing water and food for a growing world population, cleaning the environment, improving people’s access to the natural resources they need to live a productive life.

About The Resnick Sustainability Institute

The Resnick Sustainability Institute is the Caltech’s studio focused on those breakthroughs that can positively alter the sustainability of our world. It marries bold creativity and deep scientific knowledge to encourage orthogonal thinking and original ideas. The Institute works with some of the world’s top and emerging scientists – both at Caltech and beyond. Current projects include research into energy generation –- such as advanced photovoltaics, photoelectrochemical solar fuels, and cellulosic biofuels; energy conversion work on batteries and fuel cells; and energy efficiency and management such as fuel efficient vehicles, green chemical synthesis, thermoelectric materials, and advanced research on electrical grid control and distribution.