Universal access to renewably-generated electricity could be within the foreseeable future, with cleaner air and water as the side effects. Better public transportation systems will make life more enjoyable for commuters all over the country, as will a self-sustaining energy economy.

Is the U.S. Still Addicted to Oil?

Climate change, the biggest threat that humanity has ever faced, has spurred a movement towards policy changes that will accelerate innovation in clean, renewable energy.

To avoid the worst effects of climate change, we must limit the rise in global temperatures to below two degrees Celsius. World leaders from countries around the globe have committed to leading their people to a clean energy future through increased investment in research and development of renewables.

President Obama is one of those leaders, and in 2015 he agreed to work towards doubling U.S. investment in just five years.

And in the last decade, the United States has slowly but steadily increased its use of renewable sources of energy — combined generation of electricity by means of hydropower, solar, wind, geothermal and biomass increased by four percent between 2003 and 2013.

But the pervasiveness of fossil fuel consumption in the U.S. raises a question — is the country still addicted to oil?

Americans Use a Lot of Oil

In 2013, 244 million vehicles roamed U.S. highways. In some states, the average daily commute was a half hour or longer, meaning cars are on the road more often. Over 50 million barrels of oil were pumped each day, and the U.S. used up to 18 million of those barrels daily.

This is true, in part, because U.S. fuel prices are lower than most other countries’ prices. This might sound great, but when combined with our comparatively low fuel economy standards, it means that Americans will not only have to buy oil more often to fuel their inefficient vehicles, but that they are also more likely to buy oil because of its affordability.

The facts about U.S. oil consumption may sound discouraging, but recent trends point to a shift in the consumption landscape. Roughly 10 percent of U.S. energy comes from renewable resources — while this seems small, it’s a big step in the right direction.

From 2000 to 2014, wind power production in the U.S. increased 33 times over and now provides more than four percent of total U.S. power generation. More than 20 thousand megawatts of solar energy were produced last year. American power plants burn 21 percent less coal than they did in 2005, and total carbon pollution emissions are down 10 percent in the energy sector.

Thanks to innovation, energy-efficient technology has steadily improved — the better it gets, the farther we can distance ourselves from oil consumption. Electric vehicles are becoming more affordable, with sales more than quintupling in the last few years.

Many manufacturers are also making efforts to improve existing technology to make them more environmentally friendly and less oil-dependent. Back in 1975, congress set the Corporate Average Fuel Economy regulations, standardizing MPG for producers. In 2007, The Energy Independence and Security Act amended CAFE and raised fuel-efficiency targets to 35 MPG and in 2011, President Obama pushed to increase this rate to 54.4 MPG.

Vehicle manufacturers are producing lighter cars with more fuel-efficient engines. As they continue making moves to push eco-friendly vehicles, and get help from government incentives, more consumers can cut or eliminate their oil addiction.

As individuals, Americans can reduce their reliance on oil in very simple ways. Carpooling and utilizing public transit will reduce not only fuel consumption but carbon emissions. Recycling and reusing containers is great, but purchasing products packaged without plastic is even better. Additionally, consumers can purchase organic and natural products manufactured without oil.

Democracy in the U.S. allows citizens to stand up and demand that government invest in renewable energy rather than subsidizing oil — they stand to benefit greatly in the long run if they do so.

The Future Could Be Bright

Renewable energy has the potential to be great for the U.S. economy. It could generate hundreds of millions in income and create tens of thousands of jobs — some sources are labor-intensive in operation, such as biomass, while others like hydropower and wind involve jobs in development and construction.

Consumers, meanwhile, could save money on utilities thanks to the efficiency and cheaper production costs of renewables. Moving toward self-sustainability by generating renewable energy at home would also save the government billions by reducing the need for imported fuel.

Businesses that provide renewable energy will see the positive impact that efficiency has on their bottoms lines, especially as demand increases, because the supply of renewables never decreases. Additionally, as renewables become more affordable, these businesses will see their customer bases expand.

As it moves toward cleaner energy, the U.S. is becoming a better place to live. Universal access to renewably-generated electricity could be within the foreseeable future, with cleaner air and water as the side effects. Better public transportation systems will make life more enjoyable for commuters all over the country, as will a self-sustaining energy economy. 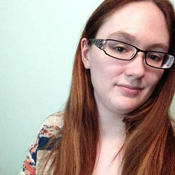