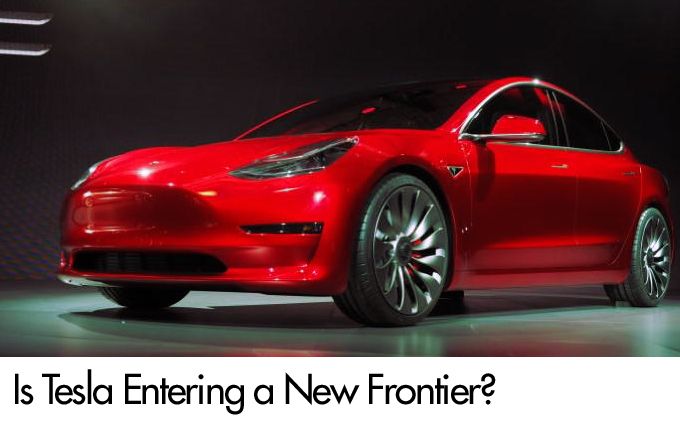 Battery power: the next frontier. This is the mission of the company, Tesla. Its two-year mission: to build strange new cars, to seek out new life in batteries, to boldly go where no electric car has gone before.

Would you pay $35,000 for this car? It will scoot down the road from 0-60 under six seconds with an EPA rating of 215 miles. It comes standard with autopilot hardware, while seating five adults comfortably. Want storage space? It has both a front and rear trunk. It's Tesla's Model 3 and the company has racked up more than 325,000 reservations.

With all of these refundable deposits on a car that isn’t even in production, does it mean that electric vehicles have gone mainstream, or are we still searching the frontier for even another exceptional electric car? Actually, Tesla has transformed public opinion of electric cars from nice, but do they work, into the next high-tech, must have ride.

Tesla has many reservations, but reservations are not sales. Tesla is known for production delays. The big question is can they deliver in December 2017 as planned, or will there be delays. I believe that the company's CEO, Elon Musk, has the slogan, "I think I can. I think I can." Just like The Little Engine That Could, I see Tesla setting the electric car market on its ear. 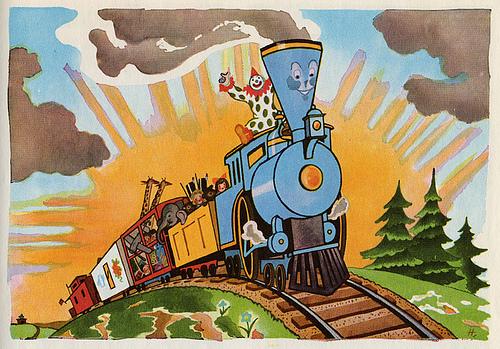 We have seen electric car sales increasing over the past few years, but Tesla has captured the hearts of its fan base, especially with the car's great looks, which makes the Model 3 look more like a top-of-the-line model. Its lines are elegant and its interior is stylish.

Of course, we can't ignore the long-lasting batteries, which can be charged for a 170 mile trip in only a half an hour. When on the road, you can top off the batteries at any one of the 623 supercharger stations across the country that has 3,692 superchargers. You can keep track of the charging with a mobile app. 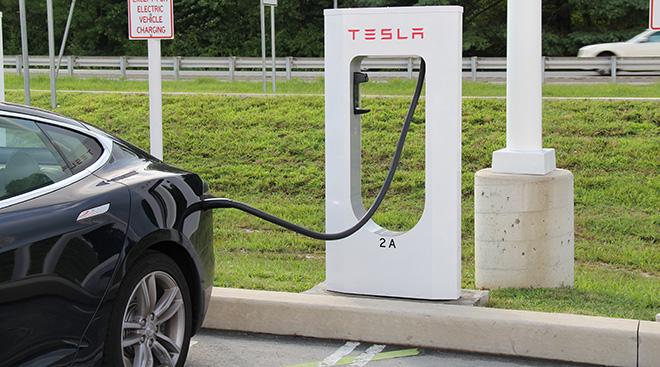 Superchargers are free connectors that charge Tesla's cars in minutes instead of hours. Stations are strategically placed to minimize stops during long distance travel and are conveniently located near restaurants, shopping centers, and WiFi hot spots. Each station contains multiple Superchargers to help you get back on the road quickly.

Tesla vehicles use an onboard charger to convert alternating current (AC) from a wall charger to direct current (DC) that’s stored in the battery. Superchargers consist of multiple chargers working in parallel to deliver up to 120 kW of power directly to the battery. As the battery nears to a full charge, the vehicle’s onboard computer gradually reduces the current to the optimum level for topping off cells.

You can locate where the Supercharger Stations are from the car's 17" touchscreen. While it is charging, you can catch up on emails, take a power nap or get a bite to eat. The Tesla app will let you know when your vehicle is charged. 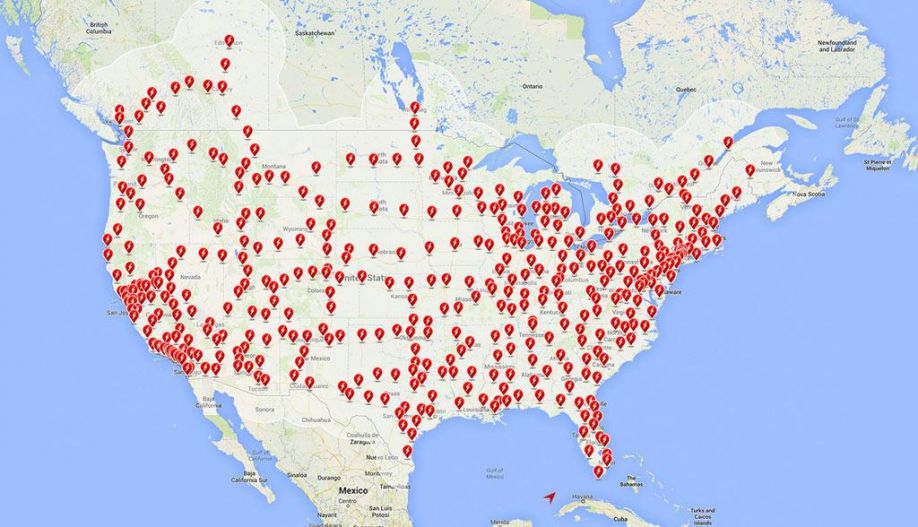 The other automakers use specialized large format Li-Ion cells, whereas, Tesla's battery pack is made up of thousands of Panasonic 3.1 Ah inexpensive cells, similar to those found in laptops. Panasonic's Suminoe factory can produce over 300 million cells a year. Tesla's battery pack has lower costs than any other manufacturer of electric cars, even with the cost of the pack enclosure, connections between cells in modules, and modules in the pack, sensors, and circuitry.

When used as a laptop battery, each cell requires a safety mechanism to prevent fires. But in a large, electronically-controlled, liquid-cooled battery pack like the one used by Tesla, those safety features would be redundant. Using these simplified cells, Tesla designed a simple fireproofing system into its battery pack. A type of gunk is sprayed into the interior of the pack. When exposed to heat, the gunk helps cool the heat source, while forming a fireproof barrier to protect the rest of the pack. It must work, as Tesla has not had a fire in a production battery pack. 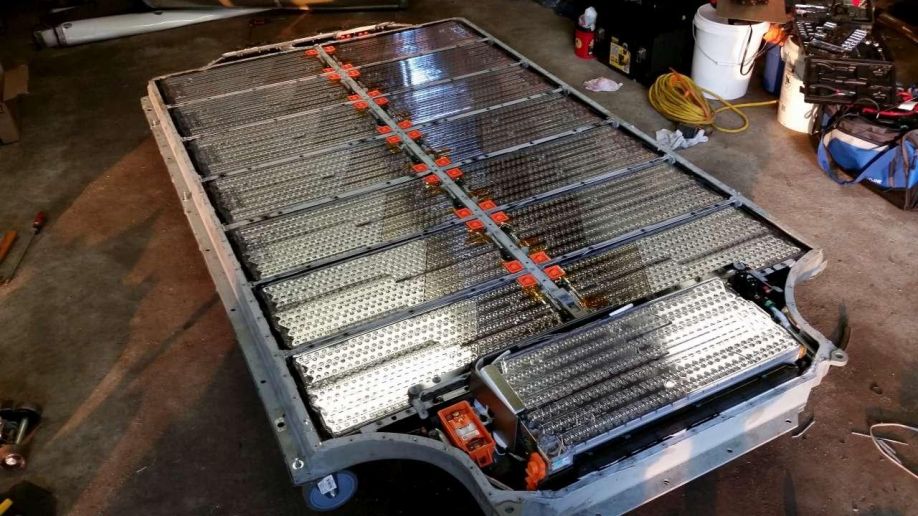 With the Model 3, Tesla might show that the electric car is here to stay, but It’s a very long road ahead for electric cars to really place a dent in the 90 million cars manufactured every year.

Tesla isn't the only company with a low priced electric car. This year, Chevrolet will sell the Bolt, a $37,500 electric car that can travel 200 miles on a charge.

This market will explode as battery manufacturing expansion is happening in China, Korea and Japan. Hybrid and full electric vehicles should make up around 5 percent of the car market by 2020.

Tesla is not just an automotive company; it’s an energy innovation company. Tesla Energy's mission is to facilitate zero emission power generation. Tesla is intensifying its efforts to hasten the change from fossil fuels to a sustainable energy future with Tesla batteries.

Tesla offers two home batteries—a 7 kwh Powerwall for daily use and a10 kwh version for backup power. They also have a scalable 400 kwh commercial battery for large buildings. The battery technology is similar to that used by their electric cars. If they can get Powerwall sales in greater demand, their factory and R&D facilities can be funded and scaled. 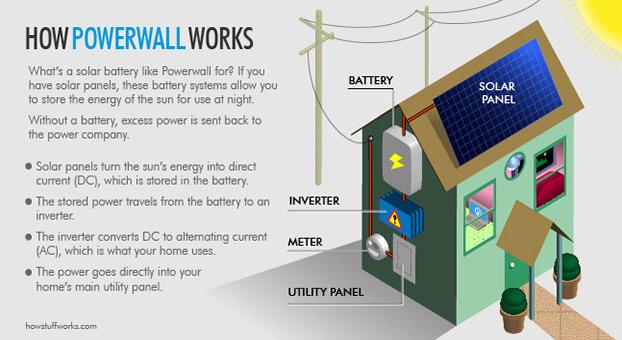 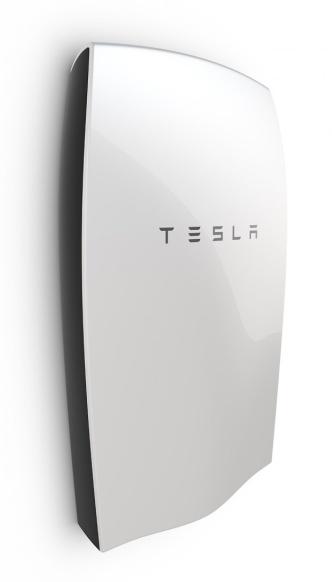 The 220 pound flat battery pack that hangs on a wall looks like something you'd see on a spaceship. It can store solar energy if you have solar panels. It can store energy from the grid off-peak when power is cheapest, wherever utilities have time-of-use dynamic pricing and release it when power is most expensive. Finally, it can act as a backup power source if there's a power failure.

Powerwall units come with a 10-year warranty, which can be extended by a further 10 years, which would encourage those, who worry about new technology being unreliable. The Powerwall is 92% efficient and would be connected to the Internet, so that owners can access management software and stats.

Each Powerwall has sufficient storage capacity to power an average home during the evening/night using electricity generated by solar panels throughout the day. A single $3,000 Powerwall might not be sufficient to power your whole house if it is large; but if you're willing to pay for it, the batteries can be stacked next to each other to increase capacity.

A typical Powerwall system includes solar panels, an inverter for converting electricity between direct current and alternating current, a meter for measuring battery charge, and when used as a backup, a secondary circuit that powers key appliances.

Lithium-ion batteries are winning the race in the electric car and grid energy storage markets. Their popularity in powering consumer electronics, such as laptops and mobile phones gives them a huge lead over other types of batteries.

Tesla is getting a lot of press and has a large following, but it isn't the only company in this market. Energy technology company Enphase Energy has announced it will release its lithium iron phosphate AC Battery this year. The battery will be sold through solar distributors. 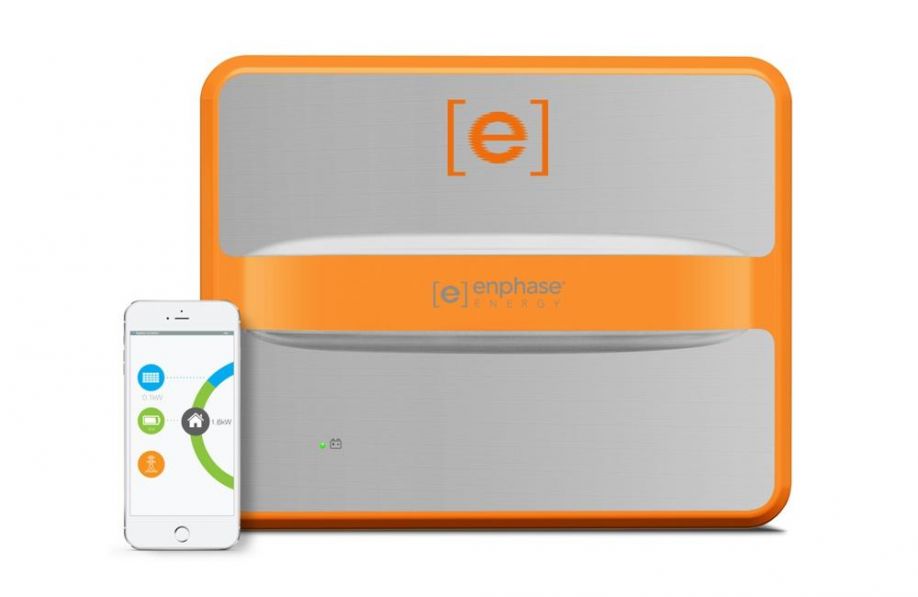 Enphase's modular batteries are more efficient than the Tesla Powerwall—96% compared to Tesla's 92% round-trip efficiency. The Enphase AC Battery also includes an inverter inside the casing, and works with all existing solar systems. Lithium iron phosphate batteries are known to be the most stable and safest of the various lithium batteries.