A key attribute of silicon in lithium ion batteries (LIB) is the higher capacity that Si can offer which leads to greater electric vehicle driving range or longer operating consumer electronics.

Tell us a bit more about 3DIcon and what the company does.

3DIcon Corporation is a publically traded small business established in 1995 with headquarters located in Tulsa, OK. The company was formed to develop and commercialize technology licensed from the University of Oklahoma – Tulsa for a 3D volumetric display. This technology will allow more accurate visualization of 3D data that is increasingly available for medical diagnostics, cyber data analysis, oil and gas exploration, military planning and many other applications where critical data-based decision making is required. More recently 3DIcon announced that it has entered into an agreement  (which is subject to certain closing conditions) to merge with Coretec Industries LLC, a privately held small business with headquarters located in Fargo, ND. Coretec recently completed licensing of a patent portfolio of technology developed at North Dakota State University for the production of Cyclohexasilane (CHS), a high-value liquid silicon precursor, and derivatives of CHS.

In what industries are you seeing growth in use of silicon and where do you see the greatest potential for this material?

Silicon has such a ubiquitous influence in so many industries it provides us with an overwhelming number of potential opportunities. Markets where we see the greatest near term potential include those where expensive and potentially hazardous silicon precursor materials are currently used to form silicon films, e.g., solar, displays, imaging, photonics, medical diagnostics, and semiconductors. Emerging markets where we see potential include energy storage, solid state lighting, authentication and printable electronics. These opportunities go beyond the gaseous deposition of silicon films, and benefit from our ability to convert CHS into nanoparticles and nanowires or directly from a liquid into a silicon film.

CHS is a more benign liquid phase alternative to gaseous silane (SiH4) and corrosive trichlorosilane (HSiCl3), tetrachloride (SiCl4), or dichlorosilane (SiH2Cl2) commonly used for manufacturing silicon devices which will lead to simplified storage, transportation and use, all at reduced cost. When used for gaseous deposition, CHS provides for higher deposition rates at lower temperatures when compared to alternatives, leading to increased capacity at reduced cost. CHS is a more affordable alternative to commercially available cyclopentasilane (Si5H10) commonly used in the emerging field of printable electronics.

What demands are you seeing in the energy storage sector where silicon usage is relevant?

A key attribute of silicon in lithium ion batteries (LIB) is the higher capacity that Si can offer which leads to greater electric vehicle driving range or longer operating consumer electronics. A remaining challenge however is the limited lifetime of LIB when crystalline Si breaks down during their repeated charge-discharge cycle and some parts become electrically isolated and no longer contribute to capacity.

A number of methods are being considered to overcome this limitation including blending nanowires grown by gas deposition processes with carbon. While good performance has been reported, the cost of this approach remains high. We believe the higher deposition rate of CHS and its derivatives will lead to lower cost while improving production capacity. We have also demonstrated the ability to electrospin liquid CHS into silicon nanowires that when blended with carbon lead to performance comparable to that achieved by CVD grown silicon nanowires but at reduced cost and simplified scaling.

Solar is a growing sector due to the increasing stringency of renewable energy demands, how is silicon currently being used in this sector?

Crystalline silicon remains the dominant solar technology with over 90% of the shipments.  Crystalline solar cells are commonly produced from rigid silicon wafers sliced from large boules of silicon. After significant growth of utility-based systems, a major trend underway is a return to distributed power generation at the point of use. While rigid silicon wafers are suitable for many rooftop installations, solar capability that can more easily and affordably be applied to a broad range of building materials is desired. We believe we can take advantage of this trend by providing an ink-jet printable liquid CHS that can be converted into poly-silicon or micro-crystalline silicon cells.

What enhancements are being made to make silicon wafer development more efficient and effective?

The cost of silicon wafers remains a major contributor to the overall cost of solar modules.

One approach to decreasing the cost of crystalline silicon solar cells is to reduce their thickness. By 2020 it is forecast that silicon wafers used in solar will only be 100 microns thick. Multiple approaches continue to be explored including advances in wafer slicing, ribbon growth and gas phase deposition.  We believe we can enhance the rate of gas phase deposition methods being considered by using CHS, which ultimately leads to lower cost.

Do you have products or processes in the pipeline? When do you expect to come to market?

The transition from laboratory-scale production of cyclohexasilane to pilot-scale production is expected to occur within 12 months. The first product to be launched will be liquid cyclohexasilane (CHS). Based on market inquires we anticipate the first product will be used as an alternate to silane or trichlorosilane in silicon based semiconductor and solar cell manufacturing processes. Time to market is anticipated to be 1-2 years. We believe this first product will also be considered as an alternate to silicon particles, silicon nanowires, and silicon particle filled inks by the emerging printable electronics and LIB Si-anode industries. Time to market is anticipated to be 3-5 years. The purity of the first product has yet to be determined and will be based on the feedback of early adopters. We anticipate the first product to be released in the US market followed by Europe, Asia, and the UK. 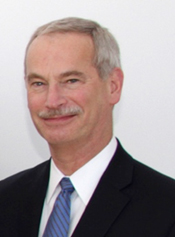 About Doug Freitag
Doug Freitag is the Vice President of Technology and Business Development of 3DIcon. Doug has more than 30 years of experience in commercializing advanced materials with much of it involving Silicon-based materials. He has supported over 100 clients developing technologies for energy, medical, electronic, photonic, military, space, industrial, transportation, agriculture and optics markets, and has over 70 publications and 8 patents.