How would you like a battery that has a 20+ year lifetime of continuous power without needing a replacement or recharging?

They perform like photovoltaic cells, which are semi conducting diodes, in which current flows when a photon strikes the diode junction, freeing an electron. In a betavoltaic cell, an electron, is generated by a small radioactive source (called beta emitters), which triggers the diode rather than a photon. This technology is essentially safe as the beta particles that the isotopes emit are very low energy and can be easily shielded.

Batteries powered by radioactive materials are not new. They have been around for more than a century. Now, a new kind of power source, which combines a novel structure with a nickel isotope puts out ten times more power than an electrochemical cell of the same size. The term betavoltaic is interchangeable with atomic battery, nuclear battery, tritium battery and radioisotope generator. They are used to designate a device, which expends energy from the decay of a radioactive isotope to produce electricity. Like nuclear reactors, they generate electricity from atomic energy, but the batteries differ in that they do not have a chain reaction.

Batteries based on electrochemistry do not last very long. Eventually, they need to be recharged or replaced, whereas, a nuclear battery, which is not based on its reactivity, but the half-life of its decay is different. Its not measured in hours or days, but their possible durations can be decades or even centuries.

The primary use is for long term battery requirements, such as in a spacecraft, which requires electrical power for a decade or more. Some people even suggest using betavoltaics to trickle-charge traditional batteries in consumer devices, such as cell phones and laptops.

They don’t produce heat. They get their charge from beta particles emanated by an isotope, which knocks electrons from another material. While betavoltaics use a radioactive material as a power source, the beta particles that are utilized are low energy and can be stopped by a few millimeters of shielding. With proper shielding and containment, a betavoltaic device would not emit dangerous radiation.

As radioactive material discharges, its half-life slowly decreases. Therefore, a betavoltaic device will deliver less power as time goes by. For practical devices, this decrease happens over many years. For nuclear devices, the half-life is 12 years. The device’s design must account for what battery characteristics are required by its end-of-life, and to make sure that the beginning-of-life properties consider the desired usable lifetime.

An easy way to understand the basic operation of a betavoltaic device is to consider it as the nuclear analog to the common solar cell. Instead of the sun, a beta-emitting isotope provides the source of ionizing radiation. When the semiconductor material is inundated by high energy beta particles, electron-hole pairs are generated by impact ionization. Just like photovoltaics, electron-hole pairs that are separated by the built-in electric field drift apart.

Nuclear batteries are limited to just certain applications, basically those functions that need low power and long autonomous lifetime requirements. The battery produces power at a rate, that slowly decays with time. The power cannot be increased and if the power is not used, the power is lost.

The platform inside this betavoltaic battery comprises of layers of silicon carbide and metal foil implanted with the radioactive isotope tritium. 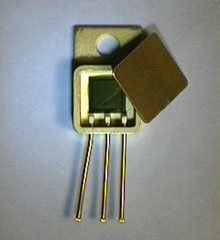 When high-energy electrons released by the decay of tritium strike the silicon carbide, it produces an electrical current that leaves the cell through the metal pins. This battery is designed to last 25 years.

An obstacle that researchers have faced is that diode junctions are made up of a two-dimensional plane. Therefore, the possible surface area that the beta electrons could hit is limited.

The answer is to utilize silicon carving technology to fashion multiple three-dimensional diode junctions that look like pillars, on top of a silicon carbide substrate, within a sealed device. The space between the pillars is filled with a radioactive beta emitter such as tritiated water.

This three-dimensional junction significantly improves the volume of beta electrons striking the diode. As a result, the potential power output of the cell is increased.

Betavoltaic batteries, containing Tritium, have a power of approximately 24 watts per kilogram with a full load operating life of 10 years, and an efficiency of around of 25%. Because of this, we will see cheap, extended life, high energy density, and low-power batteries.

The military could use the batteries to power electrical circuits that protect military systems from tampering by destroying information stored in the systems. In the defense market, betavoltaics could be used to power up encryption keys in Field Programmable Gate Arrays. 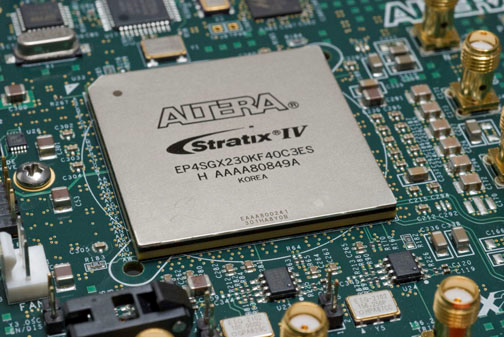 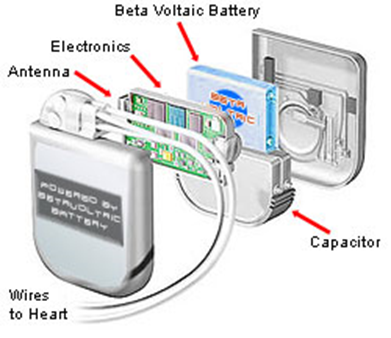 Integrated circuit chips, which measure only 1 x 1 mm, already have pressure sensors that can be implanted transdermally to measure the regrowth of a tumor. The problem exists in that the current small-scale chemical batteries can only produce power for a few months at most, which is not favorable to long-term implantable solutions where uninterrupted continuous power would be essential to last years or even decades. The high-energy density found in Tritium betavoltaic batteries permits various microscale medical implants that were not possible or unexplored until now.

As with all new technology there are many challenges that need to be overcome. The power output of a betavoltaic cell may not be uniform over its lifetime. As the internal beta emitter decays, gradually declining in activity, it will output less and less power. They could suffer internal damage from the electron’s activity within. This type of battery may be politically controversial because of the radioactive material, which will require new recovery procedures for spent betavoltaic batteries.

Imagine the battery in your laptop or cell phone lasting 30 years. Betavoltaic batteries will revolutionize the small device industry. Developers are working towards the production of batteries that are powerful enough to drive a vehicle.