The Committee on Climate Change’s (CCC) Sixth Carbon Budget report explains that, in order to achieve net zero emissions, the UK must eliminate all fossil fuel generated power by 2035 and increase variable renewable energy production by 80 per cent by 2050. 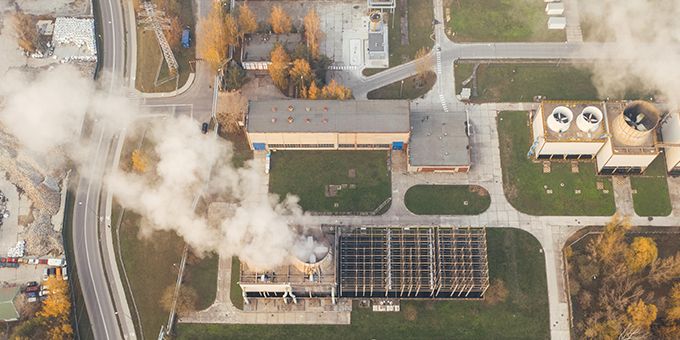 The Committee on Climate Change’s (CCC) Sixth Carbon Budget report explains that, in order to achieve net zero emissions, the UK must eliminate all fossil fuel generated power by 2035 and increase variable renewable energy production by 80 per cent by 2050. In addition to executing this shift, the electrification of other areas of industry, such as the automotive sector, will see a rise in electricity demand from the current 300 to 610 teraWatt hours (TWh) by 2050.

Meeting this increased demand solely from renewable sources cannot be guaranteed, since renewables such as wind power are heavily weather dependent. The amount of electricity generated by renewables varies since it is determined by a natural uncontrolled source, such as wind speed. Therefore, an additional energy source will be required for periods when renewables cannot meet demand.

In line with the target to fully decarbonise electricity generation by 2035, this alternative, dispatchable source must be low-carbon, or carbon neutral. The CCC estimates that, as part of the renewable grid, this source will be responsible for generating 50 TWh of electricity. But which source meets all these criteria?

The first step of BECCS involves burning biomass, which is any plant or animal matter, to generate energy. This organic waste produces electricity in the same way as fossil fuels — combustion of biomass produces heat, which in turn produces steam to turn a turbine to power a generator and produce electricity.

Combining carbon neutral biomass combustion with CCS technology results in a carbon negative electricity generation that is available when required to fill any gap between energy production from variable renewables and demand.

BECCS is vital to ensure a reliable, renewable energy supply in a decarbonised UK, acting as an on-demand energy source in periods of low renewable energy production. However, for biomass plants to turn fuel into a reliable form of power, these facilities must make use of suitable power protection equipment to prevent electrical faults that may impact delivery.

To ensure a reliable supply, the plants must be protected against the impact of power problems like fault currents and transient overvoltages. Cressall produces medium voltage neutral earthing resistors (NERs), which mitigate the impact of these faults. In the event of a fault, NERs limit the current that can flow through the neutral point of a transformer or generator and dissipate the excess energy as heat, preventing damage to network equipment.

Cressall’s metallic NERs are more effective than liquid resistors, cooling down in just a third of the time to provide protection against consecutive faults. They are easy to install, with no site calibration required and they have a service life of 25 years or more.

According to the Energy Technologies Institute, BECCS could deliver up to 55 million tonnes of net negative emissions per year, which would account for around half of the UK’s emissions target by 2050. Integrating BECCS into a competent electricity grid, protected by NERs, would give difficult-to-decarbonise industries some leeway in rapid emission reduction, securing the UK’s net zero target and providing power to our increasingly electrified nation.

About Cressall Resistors
The world's foremost power resistor manufacturer, Cressall Resistors, offers an unrivalled combination of experience and expertise as well as the UK’s widest range of resistor technologies. Cressall’s customers include ABB, Siemens, Areva and Alstom, as well as major utilities such as Northern Powergrid and Western Power Distribution (WPD), EDF and Scottish Power. The company also works with countless smaller specialists such as CP Automation, HMK Automation and Drives and ACE Winches.