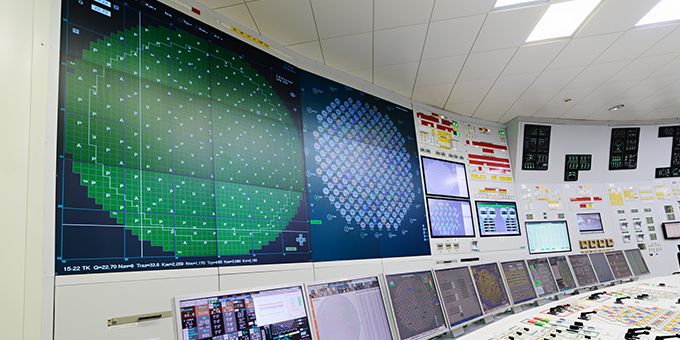 Most of the world is still largely dependent on traditional sources of energy, e.g., coal, natural gas, etc. However, studies conducted over the decades have raised concern about the environmental impact of such energy sources. Carbon emission has increased by 90% since 1970, which is causing uproar among people to reduce carbon emission [1]. Nuclear energy is one of the carbon-free energy sources that are highly efficient. It has been one of the primary sources of energy in the world for several years and represents a promising source for the increasing future demand. Nuclear energy supplies 20% of the US’s power demand, and this field is expected to reach a compound growth of 2.5-2.8% globally [2]. 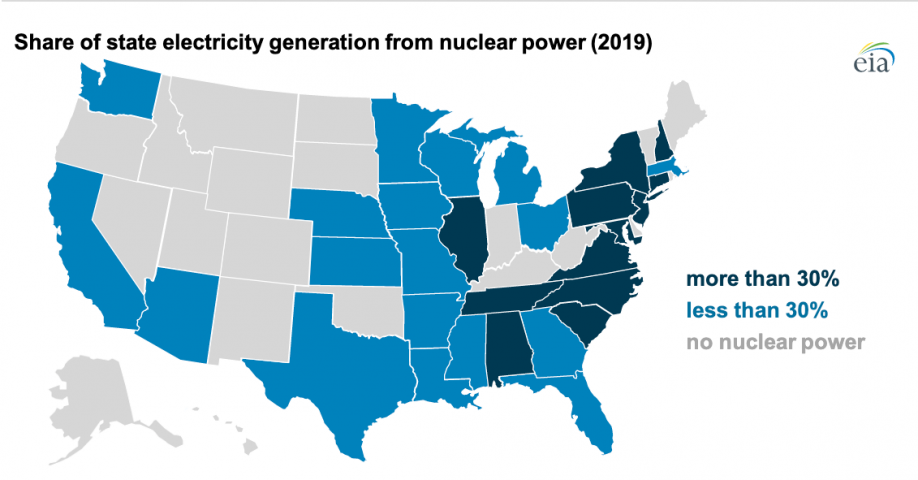 Although the future looks promising, however, there are many obstacles like the impractical design of reactors, lack of versatility, and expensive waste management [4]. In recent years, researchers tried to find viable solutions to these problems. This paper reports some significant advancements and how recent inventions will affect the future of nuclear energy.

Many researchers claimed that smaller modular reactors (SMRs) are the way to address the existing issue with reactor designs. SMRs are designed to generate up to 300 MW of electric power, and the parts of the reactors can be easily broken down and transported to plants [5]. Their unique designs and versatile uses are gaining rapid popularity. Among the existing designs, Light Water Reactor (LWR), Liquid Metal Cooled Reactor (LMCR), and Gas-Cooled Reactor (GCR) are the most feasible and efficient SMRs [6]. Numerous studies have focused on LWR, and it’s become a mainstream design throughout the world. However, various concerns, including steam generator tube deterioration and reactor pressure vessel embrittlement, require further attention to promote safety and longevity.

According to researchers, there are two main types of LMCR, the Lead Cooled Fast Reactor (LFR), where lead and eutectic lead-bismuth alloy are used as the coolant, and Sodium Cooled Fast Reactor where sodium and a sodium-potassium alloy are used as the coolants. Most of these reactors use uranium and plutonium as sources of fuel that generate excessive heat, which is later removed by the coolant and used to generate electricity [7]. 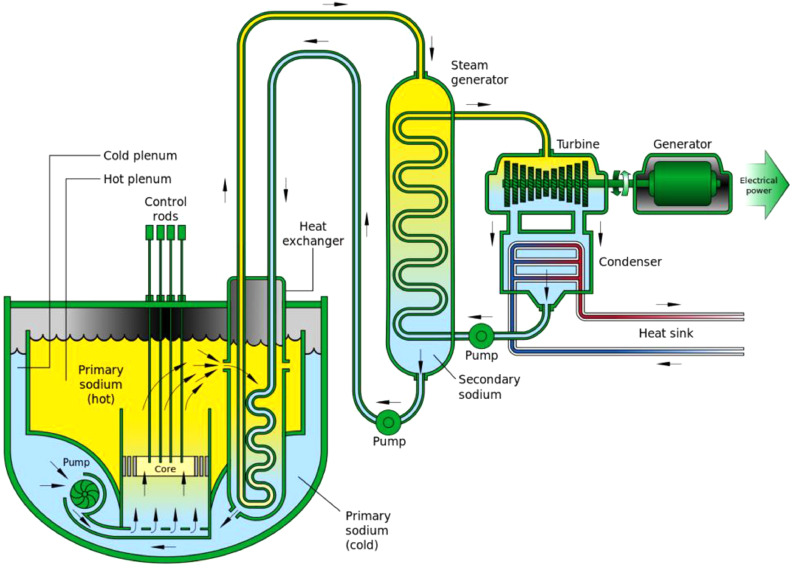 Although the LMCR reactor was designed in the 1940s [8], however, in recent years, researchers have been proposing different modifications to make it a practical alternative to “traditional” reactors. The efficiency of these reactors depends mostly on the correlation of heat transfer from fuel rod to coolants [9], and the more traditional LMCR has spacious fuel pin arrangements. More recent studies suggest more porous arrangements.

Ammirabile et al. designed mixed uranium oxides and plutonium fuel-based reactor, which has a hexagonal core tube and triangular fuel pin arrangement. The fuel zone is divided into an inner and outer zone, each containing 271 fuel pins to ensure equal distribution of power [10].

Figure 3: (a) Hexagonal fuel assembly, (b) distribution of fuel pins in the assembly. (c) subassemblies in the nuclear core [7]

Another study provides a similar yet different insight into the design. A study led by Park et al. designed an SMR with multiple layers of fissile and fertile to enhance breeding of fissile isotopes, molten-fueled salt as a coolant to decrease fuel load, and self-adjustable pitch size to maintain the reactivity to a specific level [11]. The fertile region consists of natural uranium (U), whereas the fissile region is 90 wt% U-235, and the outer reflector is made of graphite. They performed various sensitivity tests to determine the optimal condition for limited reactivity and effective multiplication factor (k-eff) throughout the fission reactions [11]. 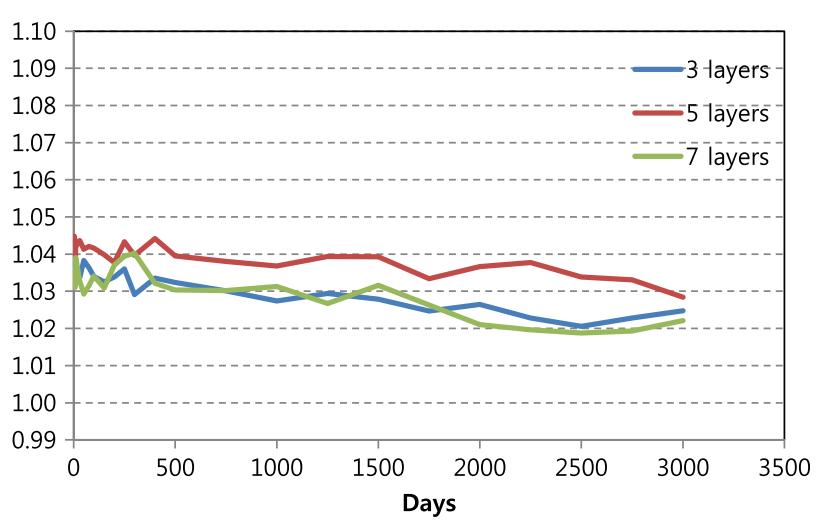 The reactivity swing for all these cases was reported to be less than 0.02,  an adequate number for SMR, which is achieved by increasing the number of fissile layers. The k-eff values come out to be a subcritical value indicating that reactivity gain comes from the incorporation of fertile and fissile layers [11].

In previous research, the use of liquid metals (sodium) is a hazardous choice because of their violent reactivity with water. This study proposed that the use of molten salt (LiF-BeF2-ThF4-UF4) makes the process very safe without affecting the efficiency of the system [11]. 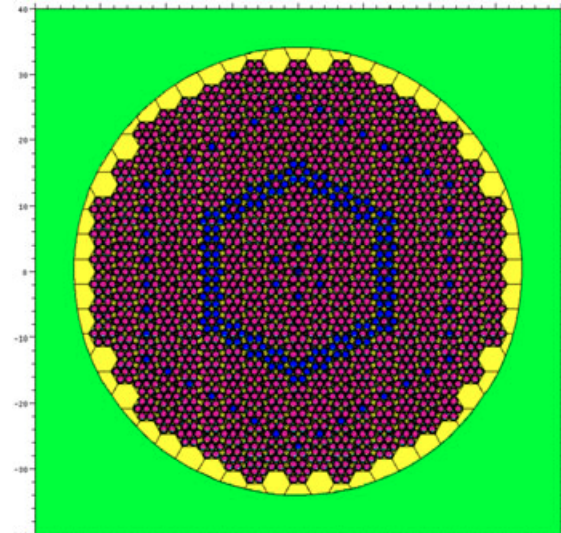 Specifically, Park et al. chose a hexagonal shape for fuel assembly because of its adequacy for multiple layers. The core size was adjustable and it was optimized by moving the outmost fissile layer to the outer core region with fixed inner fissile layers. The study claimed this arrangement improved core depletion performance and reactivity performance [11].

One of the concerns regarding nuclear energy is its lack of versatility. A recent study claims that SMRs can be used in desalination, heating, and hydrogen production along with electricity generation [12]. In recent years, the use of nuclear energy to produce hydrogen through a high-temperature thermochemical process and water electrolysis has gained notable attention from researchers around the world. There are two main advantages of using nuclear power to produce hydrogen, i) it doesn’t emit greenhouse gases, ii) it can make large-scale hydrogen production a reality. Modular helium reactor (MHR), advanced gas reactor (AGR), advanced high-temperature reactor (AHTR), and sodium-cooled fast reactor (SFR) are the potential candidates to be used as a reactor in a hydrogen conversion through thermochemical, hybrid, or electrolysis process [13].

A study conducted by Yildiz et al. claims that high-temperature steam electrolysis (HTSE) in a GCR in the presence of supercritical CO2 (S-CO2) as a coolant is highly efficient in significantly lower temperature ranges [13]. HTSE is advantageous from both kinetic and thermodynamic viewpoints because the demand for electrical energy decreases with increasing temperature, subsequently increasing direct heat requirements and driving up thermal-hydrogen conversion. The higher temperature also improves electrode activity by lowering anodic and cathodic voltage decreasing loss in efficiency due to polarization. To enhance the process and incorporate nuclear energy, the researchers considered MHR with He conversion cycle and AGR with supercritical carbon dioxide cycle. The AGR-based system showcased higher efficiency compared to other reactors [13]. 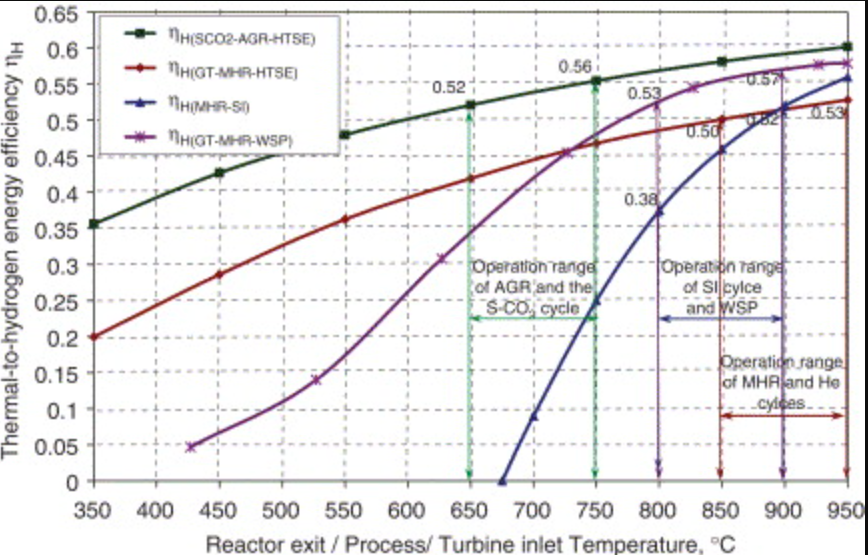 Figure 6: Comparison of the thermal-to-hydrogen efficiency [13]

For decades, to battle chronic water scarcity, countries have been desalinating their seawater, however, this process is expensive and the desalination process heavily depends on conventional fuel sources. In recent years, researchers have found alternatives to nuclear energy. Recent studies found that SMRs can be used in desalination, and they cost from 0.4 $/m3 to 1.8 $/m3. Nuclear desalination aims to produce freshwater using onsite reactors on a larger scale at a relatively lower cost than other renewable sources of energy [14]. There were ten projects launched around the world to optimize the efficiency of nuclear-based desalination, most of which resulted in a positive outcome. In Canada, for instance, an increase of 20-40% efficiency was achieved using light water reactors. Additionally, China was able to perform multiple effect desalination (MED) and desalinate 160,000 m3/day using nuclear heating reactor [15].

In a detailed study, Kahlid et al. proposed performing reverse osmosis powered by a gas turbine-modular helium reactor (GT-MHR) which increased the efficiency of the process by 10.3% [16]. In this proposed design, helium is cooled in both pre-cooler and heat exchanger, and it also utilizes the wasted heat to generate electricity.

Considering the recent advancement of nuclear energy, the prospective applications of renewable energy source is expansive and promising. However, its promising future is still questionable because of the expensive maintenance and complex waste management process. However, recent research on SMR technology enables a bright future because of its high efficiency and mobility. However, safety concerns remain intact in some cases. The suction process during desalination harms marine life by creating heavy suction forces, which can cause death and suffocation to many small marine creatures [17]. However, the upgraded designs address these issues regarding environmental and safety concerns. The porous pin arrangement ensures the efficiency of SMR; increased layers decrease reactivity swings, molten salt as coolant decreases the sudden violent reaction and limits the reactivity inside the reactor. Also, the use of nuclear energy to produce hydrogen is proven to be a worthy alternative to fossil fuel-based systems and reduces greenhouse gas emissions. Therefore, the positive future advantages in utilizing nuclear energy evidently outweigh the negatives and prompt further attention.

Dr. Raj Shah is a Director at Koehler Instrument Company in New York, where he has worked for  the last 25 years. He is an elected Fellow by his peers at IChemE, CMI, STLE, AIC, NLGI, INSTMC, Institute of Physics, The Energy Institute and The Royal Society of Chemistry. An ASTM Eagle award recipient, Dr. Shah recently coedited the bestseller, “Fuels and Lubricants handbook”, details of which are available at ASTM’s Long-Awaited Fuels and Lubricants Handbook 2nd Edition Now Available - Jul 15 2020 - David Phillips - Petro Industry News Articles - Petro Online (petro-online.com)

A Ph.D in Chemical Engineering from The Penn State University and a Fellow from The Chartered Management Institute, London, Dr. Shah is also a Chartered Scientist with the Science Council, a Chartered Petroleum Engineer with the Energy Institute and a Chartered Engineer with the Engineering council, UK. Dr. Shah was recently granted the honourific of  “Eminent Engineer” with Tau beta Pi, the largest engineering society in the USA.  He is on the Advisory board of directors at Farmingdale university ( Mechanical Technology ), The Pennsylvania State university ( SEDTAPP), Auburn Univ ( Tribology ) and Stony Brook University ( Chemical engineering/ Material Science and engineering).

An adjunct professor at the Dept. of Material Science and Chemical Engineering at State University of New York, Stony Brook, Raj has over 450 publications and has been active in the petroleum field for 3 decades. More information on Raj can be found at Koehler Instrument Company’s Director elected as a Fellow at the International Institute of Physics Petro Online (petro-online.com)

Ms. Mrinaleni Das is a student of Chemical engineering at State University of New York, where Dr. Raj Shah is the chair of the external advisory board of directors.  She is also a part of a growing internship program at Koehler Instrument company, in Holtsville, NY which encourages students to learn more about alternative energy technologies.