MITEI releases report on the future of solar energy 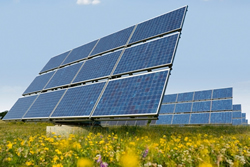 “Our objective has been to assess solar energy’s current and potential competitive position and to identify changes in U.S. government policies that could more efficiently and effectively support its massive deployment over the long term, which we view as necessary,” says MITEI Director Robert Armstrong, the Chevron Professor in Chemical Engineering at MIT.