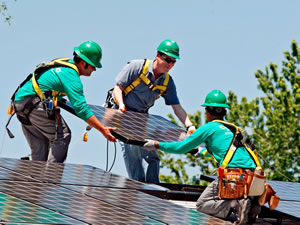 Nichola Groom, Reuters:  Tesla's SolarCity reported a drop of nearly 40 percent in solar installations for the first quarter on Wednesday, the latest sign of a reversal in fortunes for the once high-flying residential solar industry.

The company, which announced last week it was curatiling door-to-door sales, said it had prioritized higher-margin projects that generate cash up front rather than trying to sell as many installations as possible. But the dramatic drop in sales for a company that had consistently delivered double-digit growth puts it in line with a broad trend affecting the rooftop-solar industry.  Full Article: