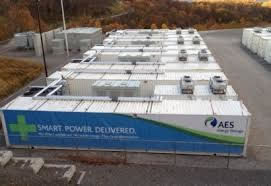 Joshua S Hill for CleanTechnica:  The United States had its largest ever quarter for energy storage deployment this year, deploying 234 megawatt-hours worth of energy storage across the first quarter of the year, representing a more than fiftyfold growth as compared to the same quarter a year earlier.

“Much of this growth can be attributed to a shift from short-duration projects to medium- and long-duration projects in the utility-scale market, along with a surge of deployments geared to offset the Aliso Canyon natural gas leak,” said Ravi Manghani, GTM Research’s director of energy storage. “Although, the industry shouldn’t get too comfortable, as with fulfilment of Aliso Canyon deployments, there aren’t that many 10+ megawatt-hour projects in the 2017 pipeline, indicating that the first quarter may be the largest quarter this year.”  Full Article: