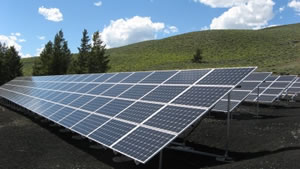 Climate Action:  Hive Energy, one of the biggest solar power developers in the UK, has announced its plans to develop a huge 350 MW solar park in Kent with zero subsidies from the UK government.

The proposed power project will be developed by Cleve Hill, a joint venture formed by Hive Energy and its partner Wirsol Energy, and it will be located on the north Kent coast.

It will constitute the UK’s largest solar farm by far, as the current biggest solar farm in 69MW in Wiltshire, able to supply electricity to 110,000 households.

The mega project will cover approximately 890 acres (365 hectares) - an area equivalent to more than 400 football pitches.

Battery storage is being considered for the project, as the electricity generated by a renewable energy power plant of this size will need balancing to avoid grid disruption.

The idea is that falling technology costs and economies of scale from supersizing power projects will make it able to work without any subsidies from the UK government, which halted subsidies for solar projects almost 2 years ago.