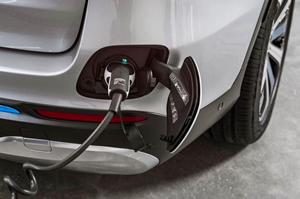 Andrew Chesterton for The Motor Report:  Mercedes-Benz is considering using old car batteries to power your house. The plan would see the German manufacturer rolling out a second-life program for its lithium-ion batteries to combat rival Tesla's Powerwall.

The plan is a solution to the increasing amount of unusable car batteries that will continue to build as EVs become a priority for more manufacturers. No longer suitable for use in cars once they degrade to 80 per cent of their original capacity - a process that can take as few as eight years - the premium manufacturer is investigating ways to use these still potentially very useful power-storage devices outside of the vehicle.

Leveraging research conducted by the Mercedes-Benz Energy company formed in 2016, the premium brand is looking to recycle used car batteries into power storage for residential and commercial buildings.

CEO of Mercedes-Benz Energy, Boris von Bormann, explains that just one vehicle’s battery bank would be capable of supplying enough energy to power an average-sized house in what he calls "second-life batteries".

“Stationary storage needs are for mostly renewable energy, so managing the intermittency and the time when renewable energies are produced - things like wind, solar, and others - so that way it can be distributed when it's actually needed,” Bormann said.

Mercedes is also planning to distribute the used batteries to its under-development fast-charging network, meaning drivers would be recharging their cars from batteries, rather than the grid.  Full Article: