sonnen, the global market leader in smart residential energy storage, today announced that its groundbreaking and industry-disrupting product, energy automation with ecoLinx, has been recognized as a winner of the 2018 CE Pro BEST Award in the Energy Management category. The BEST (Best Electronic Systems Technologies) Awards are bestowed upon the most noteworthy new products and technologies showcased at the annual CEDIA Expo. 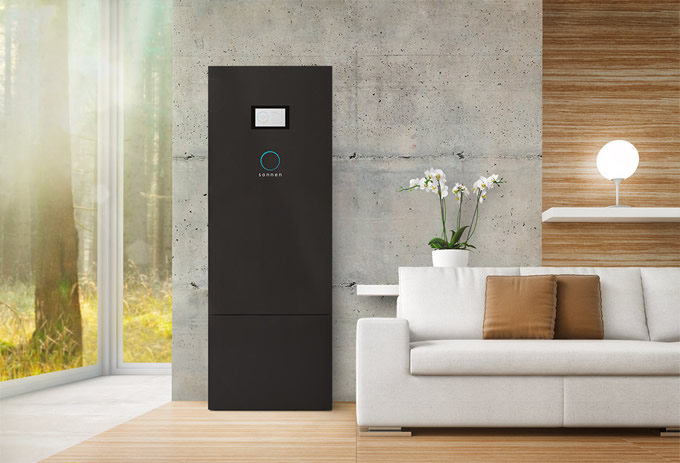 Energy automation with ecoLinx from sonnen.

Energy automation with the all-in-one ecoLinx intelligent energy management system made its debut at this year's expo. The system brings together home automation, residential solar and energy storage in an energy ecosystem, enabling intelligent load controllers to effectively manage and optimize energy usage, securing smart homes against grid outages and helping stabilize the existing power grid. This convergence of technology unlocks previously ignored value for both the homeowner and the greater electricity grid infrastructure, bringing home automation to the fight for a cleaner, healthier and more sustainable future.

"With the revolutionary new ecoLinx, we are transforming the concept of energy automation into a reality," said Blake Richetta, sonnen's Senior Vice President and Head of the U.S. Subsidiary. "We are incredibly honored that CE Pro has recognized this watershed moment in both the home automation and clean energy industries by naming the ecoLinx a 2018 BEST Award winner."

"The BEST Awards offer an incredible glimpse into the future for the entire residential integration industry," says Jason Knott, editor-in-chief of CE Pro. "Some of the products and technologies that integrators now consider mainstays to their businesses made their first appearance in the market via the BEST Awards. These entries truly represent the cutting edge of technology."

All entries were judged on innovation, functionality, competitive advantages and benefits to the installer by a dozen credible industry leaders, along with the editors of CE Pro.

sonnen and other award winners were recognized at an awards ceremony during CEDIA Thursday, September 6, 2018, at 5:00pm PT. To learn more and see a live demonstration of the sonnen's energy automation with ecoLinx, stop by sonnen's booth at CEDIA, #513, or visit sonnenusa.com.

About sonnen: At sonnen, we believe clean, affordable, and reliable energy for all is one of the greatest challenges of our time. sonnen is a proven global leader in intelligent energy management solutions that provide greater energy control for residential customers through increased solar self-consumption, reduced peak energy usage and reliable backup power during outages – contributing to a cleaner and more reliable energy future. sonnen has won several awards for its energy innovations, including the Zayed Energy Innovation Award, Fast Company's Top 10 Most Innovative Companies in Energy, MIT's Top 50 Smartest Companies, Cleantech Group's Global Cleantech 100 List, Greentech Media's Grid Edge Award for Innovation, and several others.