Nostromo Raises $13.6M For Its Ice-powered Clean Energy Storage System and Will Begin Trading on the Tel Aviv Stock Exchange 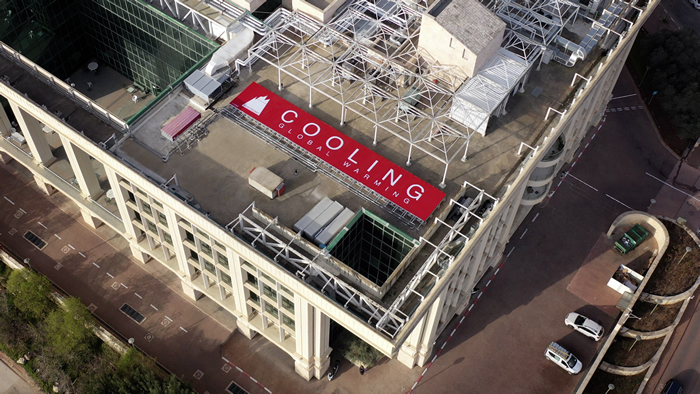 Nostromo (https://www.nostromo.energy), a pioneering cold-energy storage company, is commercializing the world’s most advanced energy storage technology based on modular ice cells for commercial and industrial buildings. The technology harnesses the power of renewables to meet the growing demand for cooling driven by Global Warming, while reducing stress on the grid. On June 21st, the company completed a merger with the Tel Aviv Stock Exchange (TASE) listed company Somoto, raising $13.6 million in the process.

Over the last few years, we’ve witnessed the rapid growth and deployment of lithium-ion-based energy storage systems. This has sparked growing concern about the serious environmental consequences and safety issues these batteries pose. Now more than ever, there’s a need to embrace and invest in safe, environmentally friendly, and efficient storage solutions that support the integration of renewable energy.

Air conditioning and cooling accounts for up to 40 percent of the total peak demand, according to a study conducted by the World Energy Agency (EIA). By 2050, the global demand for electricity designated for cooling is expected to triple.

Nostromo developed the most advanced cold energy storage system in the world. The system is based on encapsulated ice cells (IceBrick™) that allow modular installation in commercial buildings and factories. The modular structure of the cells is economical in space and volume, which allows for swift installation on roofs, in basements, or along walls. The system "charges" cold energy during hours when electricity demand is low or there is a surplus of renewable energy, and "discharges" the energy during peak consumption hours, relieving the grid from the high air conditioning electricity demands.

Nostromo is an ideal solution for data centers, office buildings, hotels, shopping centers, hospitals, factories, and other facilities that carry large electricity demands for air conditioning and cooling. Other benefits from shifting electricity demand during peak hours for air conditioning include the buildings’ ability to meet other energy demands, such as charging electric vehicles, without further investment in infrastructure. In addition, several Nostromo systems can scale up to multi-MWh capacity, forming a virtual power plant.

Nostromo's proprietary technology has gained significant traction over the last two years. In April, Nostromo announced a 20-year agreement with the prestigious Hilton Beverly Hills hotel to install a 1.5 MWh system (serving both the Hilton and the adjacent Waldorf Astoria). Nostromo also signed an agreement with Sandstone Properties for the construction of an 900 kWh system in a Los Angeles office building and a memorandum of understanding with Westfield, one of the biggest owners and operators of large retail centers in the U.S, to install systems at its sites.

"To accelerate the transition to renewable energy, energy storage solutions are needed at an immense scale. Nostromo's energy storage technology offers an innovative, highly-efficient, clean, sustainable, scalable and safe alternative to lithium-based storage," says Yoram Ashery, CEO of Nostromo, "Our technology provides a solution to the energy requirements of air conditioning systems, which are the largest consumer on the grid."

“Nostromo's transition from a private to a public company is an important milestone that will allow us to accelerate our market penetration and pursue widespread implementation of our technology,” adds Yaron Ben Nun, Nostromo’s Founder, CTO and President, “We strongly believe that our solution will help in the fight against Global Warming, which is everyone’s concern, therefore inviting the public investors to take part in our journey seems like a natural evolution as a company.”

"Nostromo provides a solution to one of the most inconceivable problems of the 21st century,” says Ilana Shoshan, General Manager of the company's U.S. West Coast operations. “In California, for example, utilities are sometimes forced to initiate rolling black outs, impacting hundreds of thousands of homes and businesses during peak summer hours. Wide deployment of Nostromo systems in commercial and industrial buildings can help prevent the phenomenon.”

About Nostromo
Founded in 2017, Nostromo (a public technology company listed on the Tel Aviv Stock Exchange) offers a clean, safe, and highly efficient energy storage solution, the Nostromo IceBrick™, to store energy during off-peak or surplus solar hours and use it for cooling during peak hours, and can be deployed at scale. For more information, visit https://www.nostromo.energy