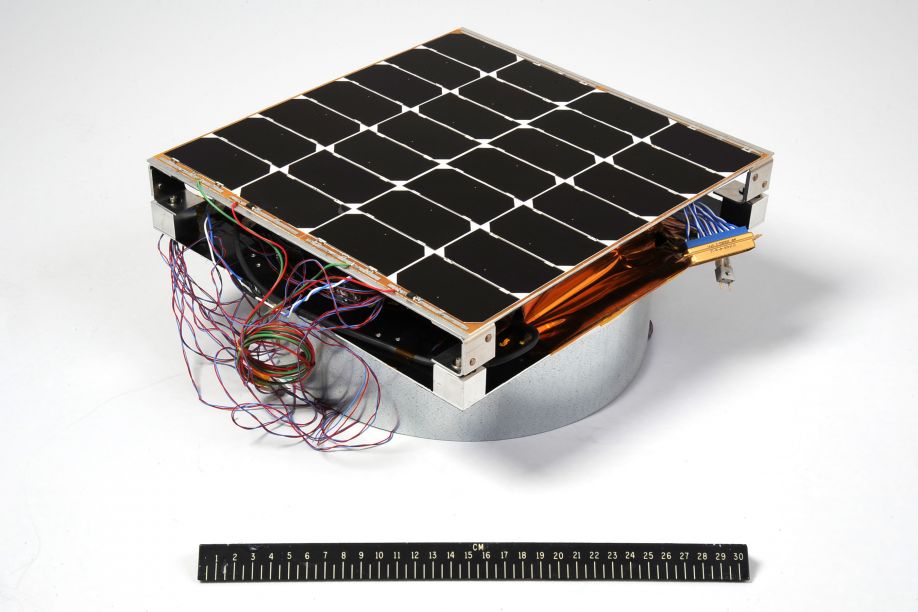 It has been one year since U.S. Naval Research Laboratory engineers launched PRAM, the Photovoltaic Radio-frequency Antenna Module, aboard the Air Force X-37B Orbital Test Vehicle on May 17, 2020.

The mission is part of a comprehensive investigation into prospective terrestrial use of solar energy captured in space.

"It's been exhilarating getting to this point," Paul Jaffe, Ph.D., PRAM principal investigator said. "While we would have liked the moment to arrive sooner, it's great to feel that we're making forward progress."

PRAM is testing functional components of what would be part of a power satellite network that could transmit energy from space to anywhere on Earth. Since the launch, the team has been receiving data regularly.

"The analysis to this point has shown that it has performed as well in orbit and even in some cases exceeded our pre-launch laboratory testing," Chris DePuma, PRAM program manager said. DePuma went on to say the real wow moment for him was when they received the very first data package from the X-37B Orbital Test Vehicle. "It confirmed all our hard work had paid off and PRAM was working in orbit, and delivering valuable data to advance space solar and power beaming research."

During the past year, researchers have been collecting and analyzing the data that has been transmitted. Power beaming is an efficient point-to-point transfer of electrical energy across free space by a directive electromagnetic beam. This past January, Jaffe and DePuma were part of a paper, "Microwave and Millimeter Wave Power Beaming" that was led by Chris Rodenbeck, Ph.D. from NRL's Radar Division, reported data from the first in-orbit flight test of a solar-to-RF "sandwich module".

"Seeing some of the effects of key differences between testing in space and on the ground has definitely been eye-opening," Jaffe said. "The experiment is chugging along, and continues to operate and provide a bounty of flight data. Sometimes we scratch our heads, but that's the beauty of science, you keep researching to understand the results."

The use of solar energy to operate satellites began at the start of the space age with another NRL spacecraft: Vanguard I, the first satellite to have solar cells. This current experiment focuses on the energy conversion process and resulting thermal performance. The hardware will provide researchers with temperature data, along with PRAM's efficiency in energy production. This information will drive the design of future space solar prototypes.

"We are going into our extended testing phase, and working with others in the community to try out a range of operating conditions," Jaffe said. "PRAM is successfully laying the foundation for the next iteration of experiments and demonstrations for space solar."

Given PRAM results, a next step would be fabricating a fully functional system on a dedicated spacecraft to test the transmission of energy back to Earth that could potentially help power remote installations like forward operating bases and disaster response areas. Solar Power Satellites would have the ability to provide clean constant electricity anywhere in the world, capable of redirecting energy anywhere it is needed.

Space solar is still in its early technological development.  However the data PRAM has provided over the previous years will assist in developing the technology power beaming to become commercially viable.

"Solar power satellites could be used internationally to support humanitarian missions as well as support military operations," said DePuma. "These are designed to collect solar energy in space where it is readily available, and then function as a power plant in the sky that is capable of delivering energy wherever it is most needed."

There is still a lot of data to be analyzed that will be used to iterate future solar power satellite designs. DePuma said, "The work done by the engineers in the Spacecraft Engineering Division has been extremely accurate in predicting exactly what the module would do on orbit, so there haven't been a lot of surprises in the performance."

"Microwave and Millimeter Wave Power Beaming" was the third most downloaded paper on IEEE Xplore, the world's largest technical professional organization dedicated to advancing technology for the benefit of humanity.

About the U.S. Naval Research Laboratory

NRL is a scientific and engineering command dedicated to research that drives innovative advances for the U.S. Navy and Marine Corps from the seafloor to space and in the information domain. NRL is located in Washington, D.C. with major field sites in Stennis Space Center, Mississippi; Key West, Florida; Monterey, California, and employs approximately 2,500 civilian scientists, engineers and support personnel.