Why Do We Need to Make the Grid More Resilient? 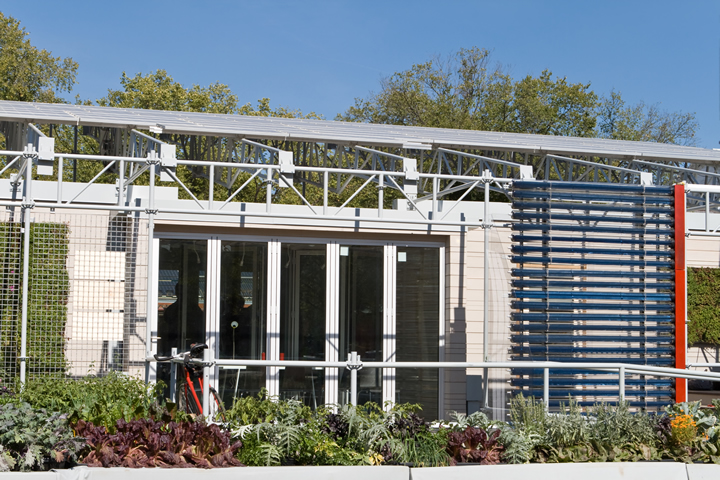 Grid resilience has been an ongoing hot topic. People often underestimate how vital reliable electricity access is to keep society functioning smoothly. However, as more areas of the United States and elsewhere experience prolonged periods without it, demands for a realistic grid modernization strategy have grown. Here’s why many people are rightfully so concerned.

The Lack of Grid Resilience Could Cause Blackouts

Many people live in places that allow them to expect they’ll always have electricity. However, without a comprehensive grid modernization strategy, perhaps they shouldn’t take it for granted as much. Research also confirms how power outages can be especially dangerous for medically vulnerable people.

Experts have recently warned several states are at risk of blackouts as temperatures climb this summer. The problem is particularly likely in the Midwest. Local leaders reassured residents in affected areas that they could receive power transfers from other places if needed, but that relief is not a certainty. In the summer of 2020, many West Coast states could not provide extra power to locations in need because heat waves overtaxed the grids there.

The reasons for the possible blackouts are various and range from droughts affecting fossil fuel plants to the demands placed on the grid by renewable energy sources. Another challenge is that numerous regional operators provide local services collectively through the national grid. Those organizations can’t all budget for the necessary improvements at once or work according to matching timelines.

Obstacles also exist surrounding the need for more power lines to bring renewable energy to rural areas that need it. However, as state regulators face pushback from property owners who don’t want the lines stretching across their land, they’ve been slow to give the go-ahead.

There’s a lack of agreement about the speed of transition toward renewable energy, too. Although many people think it’s time for it to happen, some believe the switchover isn’t occurring fast enough. Others say things are proceeding too quickly and that there aren’t enough resources and plans in place to avoid hiccups.

Power outages are mere inconveniences for some people. However, they can represent significant profit losses for company owners. Statistics from the World Bank indicated businesses worldwide lost 4.4% in sales due to power outages. However, the outcomes are significantly worse for some nations. Zambian enterprises lost 18.8% of profits in 2019 because of blackouts. Similar disparities could happen in the United States depending on the resources a business owner has to invest in power-generation equipment.

Better grid resilience could help the power stay on, allowing businesses to keep operating. Some establishments are more affected than others. Dining establishments suffered when parts of Columbus, Ohio, recently experienced widespread and prolonged outages. Many restaurants were out of power for days. Plus, even once the lights came back on, they couldn’t resume serving customers immediately due to the need for prep work.

Disruptions can also happen when the power doesn’t go out. Voltage sags, which usually occur due to public network faults, cause a 10%-90% drop in the expected voltage for a half-cycle to one minute. These are common but problematic issues for businesses. They can result in the loss of data or necessitate resetting critical systems.

The Need for a Stronger Grid Is Critical

Inadequate grid resilience can put individuals’ lives at risk. No universal laws mandate that hospitals get prioritized to retain access during utility providers’ rolling blackouts to preserve energy during high-demand periods. In 2011, approximately 20 Texas hospitals in Dallas Fort-Worth lost power because of such disruptions. The electricity outage affected an open heart surgery and caused equipment damage totaling millions of dollars.

No one died during those incidents. After they occurred, the utility provider at least decided to prioritize hospitals’ electricity access to minimize the chances of similar catastrophes happening again. However, people worry a change in company leadership or ownership could cause things to go back to how they were. Therefore, hospital representatives have no assurance that the lights will stay on during planned outages.

There’s no single, agreed-upon way to proceed with a grid modernization strategy. Most decision-makers assess weak points associated with the parts of the electricity infrastructure they manage and use those vulnerabilities as starting points. However, most people feel strongly that a better grid is necessary to help today’s society prepare for what’s ahead.

One analysis of U.S. government data showed that 40 states are experiencing longer power outages than they previously did. Plus, the power losses are more frequent. Additionally, states with severe weather faced more acute disruptions. Researchers caution that climate change is a real issue now, and the grid issues serve as a collective warning for what could happen if people don’t act quickly.

The effects these cars have on the grid also depend on when owners charge them. Many people might get in the habit of charging their vehicles as soon as they get home from a 9-to-5 job, so it’s easy to see how that trend could make a grid modernization strategy even more necessary. It’s also worth noting that some state grids are better prepared for the EV uptake than others.

It’s not all bad news, though. Researchers suggest electric vehicles could support grid resilience. Teams at Columbia University and elsewhere are assessing the viability of vehicle-to-grid technology. It involves using bidirectional chargers to transfer unused energy from car batteries to smart grids.

Even concerned individuals with no direct influence over utility providers can take collective action to tell leaders in their area that now is the time to act. That might mean signing petitions, writing to local legislators about their concerns or attending public protests. Regardless of the exact methods, there are plenty of practical ways for people to raise their voices and make it known that those with authority to make positive changes must use that power to strengthen the grid.