Consumers are already well familiar with the benefits that Lithium-ion batteries, yet they are now becoming more familiar with the drawbacks. They'll soon discover the value in terms of both safety and performance that Saphion Lithium-ion technology can bring to the businesses and industries that serve them.

Both consumers and businesses are demanding new power solutions that are portable, environmentally sensitive, and safe for users and for the environment. A new type of battery technology, based on Lithium-ion but without its drawbacks, promises to reduce costs, and provide safe and stable power - for consumer applications, and in industry as well.

Why is the time right for a new type of battery technology? When it comes to battery power, everyone - from consumers to utility companies to automakers - needs more power in less space. If you have a laptop computer or a cell phone, you understand the need for power: You'd like to run your laptop for the entire length of a coast-to-coast flight, but you don't want to carry five pounds of batteries either.

For businesses like utilities and telecom providers, the staying power of batteries is also an issue - but in addition, they must worry about safety and environmental impact. For instance, telecom providers and utility companies typically use large and heavy lead acid batteries to provide power for backup systems.

Because these batteries might leak acid, they must be separated from electrical equipment to reduce the chance of fires or explosions. They require fairly constant maintenance, which is costly - and those costs eventually get passed on to consumers. Lead acid batteries also pose disposal problems, and cannot be deposited in landfills. Ideally, business would like to find battery technology that would not pose such barriers to usage and to disposal.

Utility companies are also on the hunt for energy storage solutions that would allow for more localized distribution of power. The California energy crisis of the late 1990s, and the major blackout that hit the Northeastern U.S. in the summer of 2003, have pointed out the need for more efficient ways to store power locally, and to have backups that will last several hours. Utilities would like to decrease their reliance on aging and inefficient power grids. 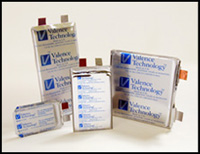 All of the needs above - safety, environmental sensitivity, and portability- point to the need for newer battery technologies that combine solutions to all these problems. Lithium-ion batteries, which consumers commonly find in their cell phones and laptop computers and are generally efficient and cost-effective, are only suitable for small-scale operations.

The majority of Lithium-ion batteries rely on cobalt-oxide material, which is prone to thermal runaway. As a result, this traditional Lithium-ion technology has yet to be used to create large format battery applications, such as those needed by the telecom and utility industries. Additionally, because of cobalt's limited availability, it is costly, and thus too expensive for large power storage solutions.

A new type of battery takes advantage of the benefits of Lithium-ion technology, but eliminates the drawbacks. Lithium-ion batteries using Saphion® technology replace oxides with a phosphate cathode material, which is far less likely to cause hazardous fires. (Phosphates don't readily release oxygen when they burn, as oxides do - "adding fuel to the fire.")

However, batteries built on Saphion technology, a phosphate-based Lithium-ion technology, offer more than just a way to eliminate hazardous fires. Phosphate is chemically benign, and can therefore be disposed of without harming the environment. Because it is manufactured with low-cost precursors and is more readily available and found in the U.S., it is cheaper to produce, thus bringing down the overall cost of the batteries. 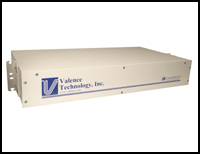 As a result of all of these benefits, Saphion batteries can be made in large sizes and are suitable for industrial applications. Since they are safer, they can be placed in close proximity to electrical equipment. They require less maintenance than the lead-acid batteries used for industry, and so they reduce costs even more.

The benefits for business like telecom providers and utilities are substantial. For example, telecom providers are required to install backup systems in order to keep critical systems, like 911 calls, running in the event of a system failure. Standard large-format power storage solutions are prone to failure and must be monitored frequently by service providers. Furthermore, they do not fail gradually but generally exhibit sudden death without any warning.

Saphion technology also provides better backup power solutions. Because Saphion batteries are smaller and lighter than traditional lead acid batteries, they allow for more flexible design of energy facilities - they can be placed in a wider variety of places and configurations, since they don't have to be kept away from electrical equipment.

Because of their safety, Saphion batteries could allow utilities greater freedom to store power locally. During periods of high energy usage, these batteries could provide power for several hours (say, when people get home from work on a hot day and turn on their air conditioners) without overloading power transmission lines - reducing the possibility of brownouts and blackouts. Homeowners in remote areas, or those who live in areas prone to energy shortages, could even take advantages of this safe battery technology to create their own backup power systems.

Perhaps the most intriguing use of Saphion technology may be in electric or hybrid cars. Electric cars typically use nickel metal hydride batteries, which have lower energy density, limited temperature sensitivity, and poor charge efficiency. With Saphion technology, the typical driving distance of an EV is doubled; because the batteries last longer, the car costs less to operate over time.

Consumers are already well familiar with the benefits that Lithium-ion batteries, yet they are now becoming more familiar with the drawbacks. They'll soon discover the value in terms of both safety and performance that Saphion Lithium-ion technology can bring to the businesses and industries that serve them.

As vice president, St. Angelo leads Valence's large format energy solutions group, focusing on industrial, vehicular and load leveling applications.  Prior to joining Valence, St. Angelo served as program controller for the Multimedia Systems Division of Motorola. During his tenure he steered the definition, design, development and commercialization of the division's advanced set-top box product line. Prior to Motorola, St. Angelo was with Mobil Solar Energy Corporation where he held positions in technology transfer, research and product development. He holds a Bachelor of Science in Chemical Engineering from the University of Massachusetts and a Master of Science in Electrical Engineering from Northeastern University.