New Energy Technologies, Inc., publicly traded under the symbol NENE on the OTCBB, is focused on the research, development and eventual commercialization of emerging next-generation alternative and renewable energy technologies. Among our current research and development activities is the development of the first-of-its-kind SolarWindow technology, which enables see-thru windows to generate electricity by 'spraying' their glass surfaces with New Energy's electricity-generating coatings.

At what phase of development is the company at and or is there more R&D ahead?
R&D is often performed to incite product creativity, advance product applications, and develop new uses.  Today’s companies must maintain a steady pace of R&D and product applications to adjust and accommodate market driving forces.  R&D must not be thought of as an end result.  Instead, R&D must be an avenue to ongoing product development and market demands.
Other companies working with solar cells claim to have an efficiency rate of up-to 20% - what are your goals?
New Energy Technologies’ SolarWindow™ efficiency is being developed to compete with Thin Film PV Technology.  Our current primary focus is not 20% efficiency.  One current facet of product development is “high building power production.”
Will traditional windows need to be replaced or will this technology be able to adapt to existing (typical) windows?
New Energy Technologies market evaluations show target SolarWindow™ areas of replacement and new construction windows, and structural and architectural glass suitable for interior and exterior applications.
What will be the tallest/widest size of SolarWindow and what kind of buildings would be a good fit for this tech? Schools, skyscrapers?
One current facet of product development is “high building power production.”  Large and tall buildings are a market focus.  Many of our models are based on skyscraper and large private and commercial building such as office complexes and schools.
Is it clear? When will it be totally transparent?
Product development is moving towards application-specific uses.  There are many windows that serve many different purposes.  Windows for certain applications are dark and semi-transparent; other windows are used to filter light and are highly transparent.  New energy Technologies’ SolarWindow™ focuses on these type applications.
Will there be any wires involved?
Yes wires will be required.  Product development will address concealment in casings and trim fixtures.
Will it be easy to install? Who can install such a device?
SolarWindow™ product development is moving in the direction of assessing various types of application and installation techniques and methodologies.  The level of application or installation complexity will dictate the type installer.
How is electrical power generated?
SolarWindow™ electricity-generating coating works with natural (sun) and artificial (light bulb) light.  Light energy is absorbed by the SolarWindow™ Active Layers to product electricity.
How does this save a consumer on their energy bill?
Developers anticipate that a facility generates power using a SolarWindow™ technology will affect the electricity bill.  How much money that can be saved will depend on the size of the renewable energy system and the facility electricity usage.  When a renewable energy system generates more electricity than the facility can immediately use, excess power flows back to the utility grid and the electrical meter connected to the facility literally spins backward.  Most utility companies will pay or credit you for this electricity.  This is referred to as "net metering." Net-metering is a simplified method of metering the energy consumed and produced at facility that has a renewable energy system.  Under net metering, excess electricity produced by the system will spin the existing home or business electricity meter backwards, effectively banking the electricity until it is needed by the customer. This provides the customer with full retail value for all the electricity produced.
What is different between natural and artificial light sources on the effectiveness?
SolarWindow™ electricity-generating coating works with natural (sun) and artificial (light bulb) light.  Under normal office lighting conditions, without the benefit of outside natural light from windows, New Energy’s ultra-small solar cells produced: Almost 2-fold greater output power density than Monocrystalline silicon, an established commercial solar cell material; More than 8-fold greater output power density than copper-indium-selenide, known for its high optical absorption coefficients and versatile optical and electrical characteristics; and More than 10-fold greater output power density than flexible thin-film amorphous-silicon, a popular ‘second-generation’ solar thin-film material.  While the majority of today's solar cells can only be installed where direct sunlight is available, New Energy's cells could be installed close to any source of visible light.
What is the next step in the commercialization of the product?
New Energy Technologies will produce a “commercial-scale prototype” in 2011.  We will publically announce our schedule for commercialization in 2011 too. 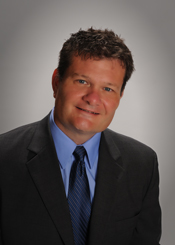 What other technologies is the company working on at the current time?
We are developing a novel MotionPower™ technology which generates electricity from the motion of vehicles.

Throughout Mr. Conklin’s career, he has actively managed both the technical and business requirements of various energy and industrial companies. In additional to technical oversight, Mr. Conklin has overseen financial management and accounting; strategic planning; product prototyping, development and distribution; productivity and profitability analyses; inventory and cost controls; and team recruitment and management.

John’s specific experience with designing solar photovoltaic and thermal energy systems is a particular asset to Company as its SolarWindow™ technology, capable of generating electricity on see-thru glass windows, advances from prototype to commercialization.

Our RE Series batteries are designed to provide the highest peak capacity, longest cycle life, and greatest reliability for use in industrial or residential renewable energy applications. Renewable Energy Series batteries utilize the company's exclusive XC2ã Â formulation and Diamond Plate Technology® to create the industry's most efficient battery plates, delivering greater watt-hours per liter and watt-hours per kilogram than any other flooded lead-acid battery in the market. Our Deep Cycle batteries are engineered to work with solar panels as well as other renewable energy applications.
More Products
Feature Your Product