Between 2006 - 2010 Ballard Power Systems and its consortium partners developed the next generation of zero- emission fuel cell buses for deployment by BC Transit.

Ballard’s FCvelocity®-HD6 is ideal for integration into bus applications. It is designed to be a plug-and-play solution for any fuel cell or hybrid fuel cell bus platform and to be robust and durable in harsh motive conditions. The BC Transit fleet is the first that incorporates Ballard’s heavy-duty fuel cell module into a hybrid fuel cell / battery architecture with an electric drive, which enables higher vehicle efficiency and improved fuel cell durability.

BC Transit's fleet of fuel cell buses has been operating in revenue service in the Resort Municipality of Whistler, British Columbia during the 2010 Olympic and Paralympics Winter Games and beyond. To date, the fleet has accumulated in excess of half a million kilometers.

Ballard’s heavy duty fuel cell module, the FCvelocity®-HD6, delivers enhanced fuel cell durability and improved efficiency at a reduced cost, while offering an industry leading 12,000 hours/five year warranty. To achieve this warranty all components in the fuel cell module have to demonstrate high performance and reliability during the warranty period. The two crucial pieces of the system are the Fuel Cell Stack and the Hydrogen Recirculation Device. The durability and performance of the Fuel Cell Stack depends on the durability and performance of the Hydrogen Recirculation Device. 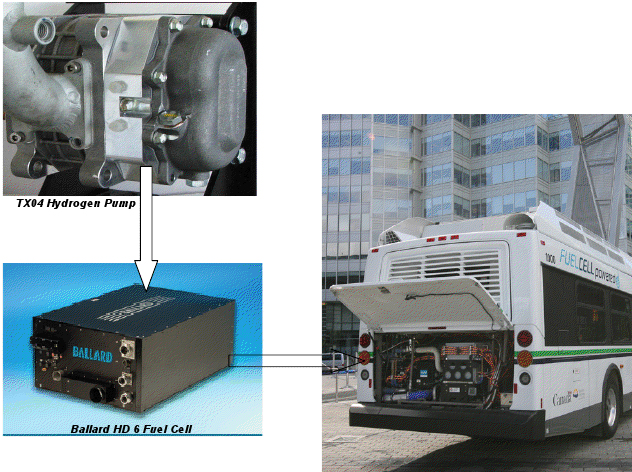 Figure 2 Ogura TX04U-MA is installed in the FCvelocity®-HD6 module, which is located in the Bus engine bay

The Fuel Cell environment creates new challenges to components and materials, and understanding the difference between “traditional” industries and the fuel cell industry is important to the success of new designs and applications. In the past 10 years there have been many attempts to develop a Hydrogen Recirculation Device based on existing air compressor designs, however, the presence of chemically aggressive hydrogen and water vapor along with water droplets was found to have very negative effects on the performance and durability of traditional gas moving devices. In 2006 Ogura and Ballard started to cooperate in the area of Hydrogen Recirculation Device development. The Ogura TX series Air Blower was selected as the platform for the hydrogen blower. Having a fully operational and efficient Motorized H2 recirculation device is critical to enable the longest range, highest durability and most efficient Fuel cell buses ever produced.

“Pumping Hydrogen is not trivial” says Greg James, Chief Engineer, Ballard Power Systems. Hydrogen is the lightest of all gases and it diffuses very easily. Moving hydrogen with a rotary pump has its advantages in smaller size, lighter weight and a lower parasitic electrical load for the Fuel Cell. Rotary pumps however can have difficulty with shaft sealing, and if designed to move a lightweight gas, can have trouble moving hot water (or steam) which is an integral component of the Fuel Cells Anode chemistry. With the help of Ballard’s state of the art Electron beam technology, a unique mix of materials and sub micron tolerance manufacturing, the impossible became possible for Ballard and Ogura. Driven by High efficiency Brushless DC (BLDC) motors, the close coupled motorized Hydrogen blower became a reality.

The Ogura pump is a positive displacement blower that operates by pulling gas through a pair of smoothly meshing rotors. These rotors are connected to each other by gears and are set 90 degrees from each other. As the rotors turn in opposite directions, gas is trapped in the pockets formed between the rotors and the housing. For every revolution of the rotor a volume of gas (depending on the device’s size) gets pumped from one side to the other.

• Hollow low inertia Rotors that incorporate a special proprietary coating and are made to exceptionally tight manufacturing tolerances, allowing exceptional sealing, low temperature rise and very high overall pump efficiencies.
• Relatively small power consumption in comparison with the competing technologies (see Table 1 below). The highest efficiencies ever realized in a pump of this type.
• New style of rotary shaft seal specifically designed to retain Hydrogen (the lightest of all gases) within the pump at static and high rotational speeds, while withstanding a constant barrage of high velocity water molecules.
• New Proprietary Treatments of the Aluminum housing and Steel shafts that are resistant to the corrosive effects of wet Hydrogen that allow for low drag torque and exceptionally long operational life.
• Special redundant pathways for Hydrogen and Timing Gear lube designed within the blower’s internal cavities (Patent Pending). This allows the system to continue operation in the unlikely event of a seal failure without contaminating the Hydrogen stream. This feature allows the customer to continually monitor the “health” of the TX04U-MA and the recirculation system as a whole.
• Special mechanical interface to the drive motor eliminated the need for separate flexible couplings. Improving reliability and reducing the overall size of the assembly.

In this cooperative endeavourer Ballard contributed the hydrogen infrastructure and knowledge of the hydrogen environment, while Ogura provided the hardware and incorporated all necessary material and design changes resulting from the iterative development process. Throughout this joint development activity, a number of brainstorming and design sessions took place, in which engineering teams from both companies met directly in the USA, in Japan and in Canada. The outcome of this cooperation is the TX04U-MA Hydrogen Recirculation Blower, which demonstrates superior performance and exceptional durability even in the presence of liquid water in the hydrogen gas stream.

New markets are opening for fuel cell buses, as their cost and durability slowly approach those of diesel buses. Additional Fuel cell applications including Lift Trucks and Stationary Power Generators can benefit from this new technology.