Wind turbines are the core of wind energy, covering massive areas of land. The blades are positioned about 300 feet above the ground. Yet, the wind speed at this altitude is not as fast as they are at 20,000 – 50,000 feet above the earth. Winds move faster and more consistent the higher one climbs, maxing out in the jet streams. At this altitude, the winds exceed 57 MPH and at times reach 247 MPH.

Researchers found that the regions that are best suited for harvesting this energy match with population centers in the eastern United States and East Asia, including cities such as Tokyo, New York, Sao Paulo, Seoul, and Mexico City with .New York having the highest average high-altitude wind power density of any US city. 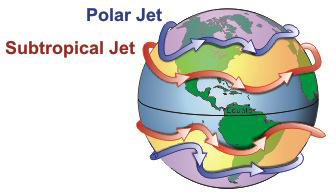 Conventional wind power has run into many obstacles, such as air flow uncertainty, land requirements, and the not-in-my-backyard objections. High altitude wind has enormous long-term potential, but the engineering and regulatory challenges are complex. Scientists are going to have to figure out how to safely suspend airborne turbines thousands of feet off the ground; keep them aloft for long periods of time in high winds; and how to avoid interference with aviation.

Although there will be difficulties, high-altitude wind power could end up being easier and less expensive to deploy than traditional wind energy. This is accomplished because there would be no need for giant steel and concrete towers, or the yaw mechanism that keeps standard turbines facing into the wind as the wind direction changes. 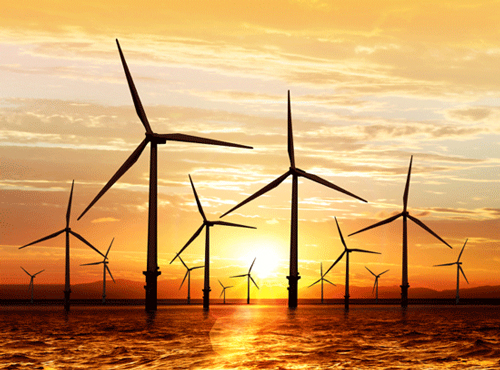 Airborne wind energy would be the world's cheapest energy source, and on a large scale, high altitude wind energy will be able to supply the needs of the world at the best overall costs, using secured wind energy capture-devices that soar at these altitudes where wind power is much greater than it is at ground level. High-energy winds are at altitudes high above us, not just a few hundred feet where they can be captured by tower-based turbine rotors.

Australian Dr. Bryan Roberts has long been convinced that high altitude wind energy can be captured. He set out to prove that long ago, and has demonstrated that Flying Electric Generator (FEG) technology is practical and should work at high altitudes. He and his colleagues have already demonstrated that FEGs can generate electricity efficiently at low altitudes when a strong wind blows. 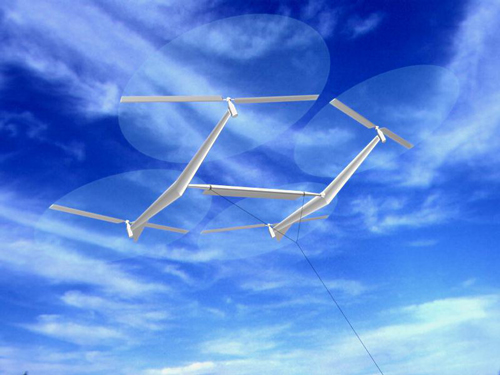 In an effort to exploit strong high-altitude winds, Altaeros Energies has developed a floating wind turbine that’s a cross between a traditional windmill and a blimp. After some successful tests, the Altaeros team is confident that this new levitating wind turbine will be a viable clean energy option for remote villages and military sites. 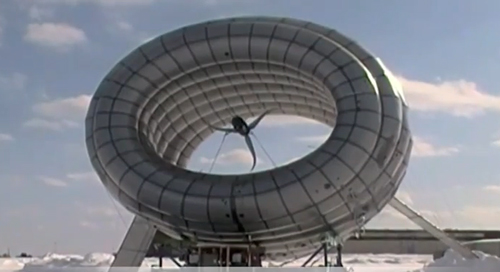 The design of the Altaeros’ Airborne Wind Turbine is pretty simple. An inflatable, helium-filled shell lifts it off the ground to high altitudes, where winds are much stronger than at ground level. The airborne turbines are held steady by strong tethers, which send electricity generated by the turbine back down to the ground. The prototype produced more than twice as much power at high altitude than generated at conventional tower height. A wind turbine that floats in the upper atmosphere produces very little noise and should maintenance be required, it could be brought to earth for the repairs.

Makani Power has developed an airborne wind turbine, which is basically an enormous, tricked-out kite that will be able to harness the greater energy potential from winds at high altitudes. Makani Power (Makani is the Hawaiian word for wind) is one of several companies to design a kite to harness the winds high above us. The kite is a 100-foot long, carbon-fiber wing lined with turbines, and it is capable of flying between 800 and 2,000 feet in the sky and generating 600 kW of energy. The produced energy is transferred to the electrical grid via a long tether leading down to the ground or to buoys out at sea. The kite will fly in loops at right angles to the wind, mimicking the path of a spinning turbine blade, while the guides on the wing control its path. 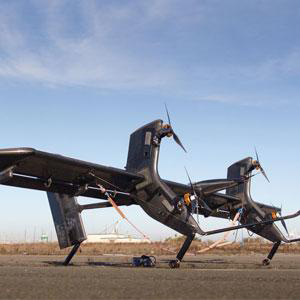 Turin-based startup KiteGen has an approach that is different from other wind generation methods, which seek to generate power at high altitudes, and then send it down a tether to the ground. The Kite Gen system leaves all of the generating equipment on the ground, saving weight and money in the air, and instead uses the physical traction from the kite's tether to generate electricity. 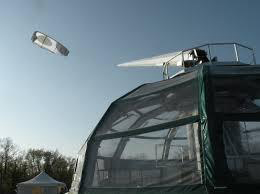 To exploit high energy wind’s higher kinetic energy, the KiteGen project starts from a radical change of perspective. It does not use heavy and static plants like current wind turbines, but instead it uses light, dynamic and intelligent ones.

To subtract energy from the wind at an altitude of about 3,000 feet, power kites are semi-rigid and automatically piloted high efficiency air foils. All of the heavy machinery for power generation is on the ground. To connect the two systems, high resistance lines transmit the traction of the kites and at the same time control their direction and angle to the wind.

The clear advantage of KiteGen technology is visually suggested in the above illustration. The basic concept is comparable with a wind turbine, whose most efficient parts are the wing tips (in red) where the highest speeds are reached. But with KiteGen only the high speed wings are left with the generator located on the ground.  The resulting structure and base foundation is much lighter and cheaper. In addition, the operating height can be adjusted according to wind conditions.

Joby Energy is developing airborne wind turbines which will operate in the upper boundary layer. Their multi-wing structure supports an array of turbines. The turbines connect to motor-generators which produce thrust during takeoff and generate power during crosswind flight. Orientation in flight is maintained by an advanced computer system that drives aerodynamic surfaces on the wings and differentially controls rotor speeds. A reinforced composite tether transmits electricity and moors the system to the ground. The high redundancy of the array configuration can handle multiple points of failure and remain airborne.

For launch, the turbines are supplied with power to enable vertical takeoff. Upon reaching operating altitude, the system uses the power of the wind to fly crosswind in a circular path. The high crosswind speeds result in the turbines spinning the generators at high speeds, eliminating the need for gearboxes and increasing efficiency. The energy is transferred to the ground through the electrical tether. During occasional periods of low wind the turbines are powered to land the system safely. 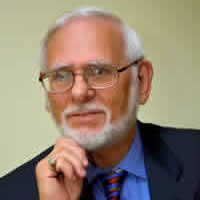 Len has contributed over 20 articles to the eMagazine.