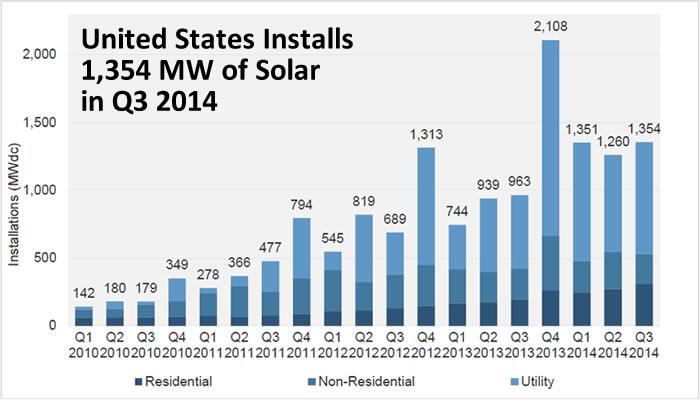 Continuing its strong growth, the United States installed 1,354 megawatts (MW)1 of solar photovoltaics (PV) in Q3 2014, up 41 percent over the same period last year. The numbers come from the latest edition of GTM Research and the Solar Energy Industries Association's (SEIA) U.S. Solar Market Insight Report, released today. According to the report, Q3 was the nation's second largest quarter ever for PV installations and brings the country's cumulative solar PV capacity to 16.1 gigawatts (GW), with another 1.4 GW of concentrating solar power (CSP) capacity.

Solar is proving to be an important and growing source of new generating capacity for the United States. Through the first three quarters of the year, solar represents 36 percent of new capacity to come on-line, up from 29 percent in 2013 and 9.6 percent in 2012.

“Solar’s continued, impressive growth is due, in large part, to smart and effective public policies, such as the solar Investment Tax Credit (ITC), Net Energy Metering (NEM) and Renewable Portfolio Standards (RPS),” said Rhone Resch, SEIA president and CEO. “By any measurement, these policies are paying huge dividends for America. Every three minutes of every single day, the U.S. solar industry is flipping the switch on another completed solar project, benefitting both our economy and the environment.” 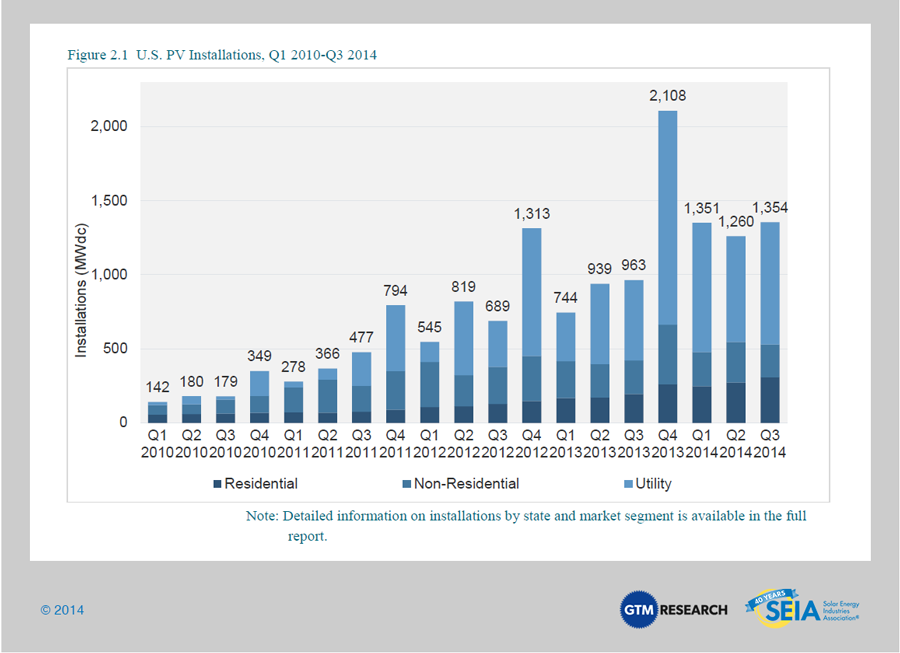 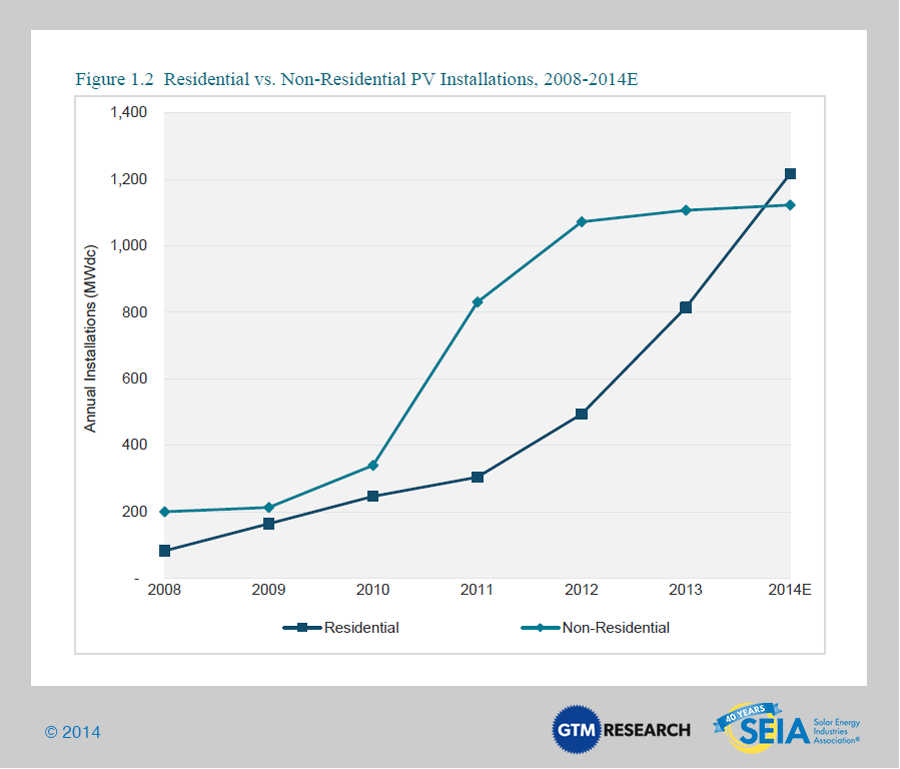 “Residential solar has become a remarkably consistent, growing market” said Shayle Kann, Senior Vice President at GTM Research. “By the end of this year there will be more than 600,000 homes outfitted with solar, and we see no signs of a slowdown next year. By 2017, we expect the residential sector to be the largest in the U.S. solar market.”

Key findings from the report:

The U.S. Solar Market Insight report is the most detailed and timely research available on the continuing growth and opportunity in the U.S. The report includes deep analysis of solar markets, technologies and pricing, identifying the key metrics that will help solar decision-makers navigate the market's current and forecasted trajectory. For more information, visit www.seia.org/smi.

About SEIA®:
Celebrating its 40th anniversary in 2014, the Solar Energy Industries Association® is the national trade association of the U.S. solar energy industry. Through advocacy and education, SEIA® is building a strong solar industry to power America. As the voice of the industry, SEIA works with its 1,000 member companies to champion the use of clean, affordable solar in America by expanding markets, removing market barriers, strengthening the industry and educating the public on the benefits of solar energy. Visit SEIA online at www.seia.org.