Cloud-based software is one technological advancement that can pay dividends in the development and management of a wide variety of renewable energy projects, from wind farms, solar farms and geothermal plants to hydropower and biomass facilities. 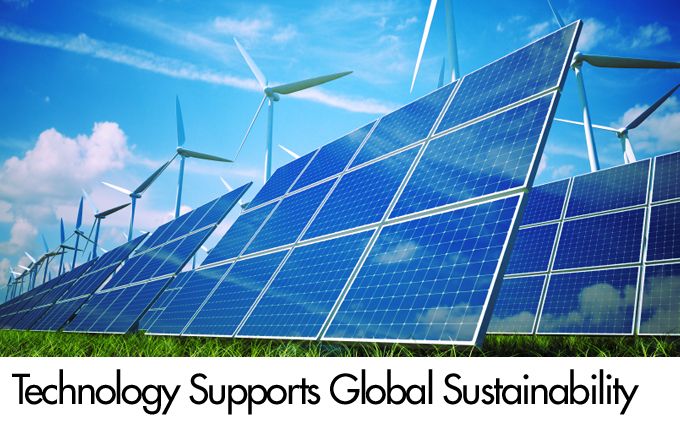 The 2014 numbers are in and it’s great news for alternative energy. All the primary sources of clean, renewable energy are being developed and consumed globally at greater levels.

As the respected Worldwatch Institute cites in its 2015 global status report, released in June 2015, renewable energy continued to grow during 2014 against the backdrop of increasing global energy consumption, particularly in developing countries, and a dramatic decline on oil prices.

As the report notes, there is growing awareness around the world that increased development of renewable energy is critical for addressing climate change, stimulating economic development, and making energy accessible to billions of people still in need of modern energy services.

Efficiency is critical as the world makes strides toward sustainability. This is true not only for how societies consume energy, but also in project development and management. There is a wide variety of equipment and technological capabilities, including infrastructure enhancements and Web-based software, to increase efficiencies in project management and help advance the continued development of renewable energy.

Founded in 1974 as an independent research institute devoted to global environmental concerns, Worldwatch Institute is recognized for its foresight and accessible, fact-based analysis. Through research and outreach that inspire action, Worldwatch seeks to accelerate the transition to sustainability.

The organization’s new report offers the startling and encouraging observation that for the first time in decades, despite rising energy use, global carbon emissions associated with energy consumption remained stable in 2014. This occurred even as the global economy grew. This stabilization is attributed to increased development of renewable sources of energy and improvements in energy efficiency.

Worldwatch reports that 135 gigawatts (GW) of renewable energy power were added in 2014, increasing the total installed capacity to 1,712 GW. The added capacity in 2014 was an 8.5 percent increase from the previous year.

More than one quarter of the world’s electricity is generated through renewable, clean energy. By 2014’s end, global renewable electricity generation comprised approximately 27.7 percent of total capacity. Hydropower leads at 16.6 percent, followed by wind at 3.1 percent and biopower at 1.8 percent. Geothermal and solar were less.

New investment in renewable power and fuels increased 17 percent over 2013, to $270.2 billion.

The increased development of renewables also is creating jobs. In 2014, an estimated 7.7 million people worldwide worked directly or indirectly in the renewables sector. Solar power supports the most jobs at 3.2 million, following by bioenergy at 3 million and windpower at 1 million.

Helping to make renewables more cost-competitive is technology that standardizes organizational processes, streamlines project management and improves the performance and longevity of infrastructure.

Cloud-based software is one technological advancement that can pay dividends in the development and management of a wide variety of renewable energy projects, from wind farms, solar farms and geothermal plants to hydropower and biomass facilities. Standardized organizational processes, error elimination and other efficiencies provide opportunities for completion of projects at reduced costs. That translates into more capacity in total electricity generation from renewables. That helps the global community increase its commitment to renewable energy and decrease dependence on fossil fuels and foreign sources of energy.

More advances in technology and equipment have been introduced to the wind energy industry. Power output sizes and ratings have increased. Towers are taller. Blades are longer. Rotor diameters have increased. Gearboxes, generators and bearings are more reliable. Onboard sensors are more effective at measuring and recording data. These and other improvements have increased the energy capture of turbines and made their operation more efficient. That, in turn, provides important incentive for developing more wind farms, and makes their financing more attractive to banks and other loan institutions.

Technology improvements also have helped spur development of solar energy. A number of considerations come into play when developing utility-scale solar energy infrastructure. These considerations include environmental issues, such as land disturbance; and impacts to land use, specially designated areas, impacts to soil, water and air, vegetation, and wildlife. While solar power facilities reduce the environmental impacts of combustion used in fossil-fuel power generation, there are some adverse impacts associated with utility-scale solar facilities.

For example, large solar panel fields require large areas for solar radiation collection. Such facilities can interfere with existing land uses, such as grazing, wild horse management and minerals production. Construction of these facilities requires the clearing and grading of large areas, which can result in soil compaction, alteration of drainage channels and increased erosion. There can be ecological impact, such as adverse impacts on wildlife and interference with rainfall and drainage. Cultural and paleontological artifacts and cultural landscapes may be disturbed.

By providing an integrated geospatial view of an organization’s planned utility-scale solar panel field, GIS helps facilitate the siting of such a project, as well as its development and ongoing operation.

Infrastructure advancements are helping to spur growth of the solar industry. Scientists at the University of Toledo recently unveiled a new type of light-sensitive nanoparticle called colloidal quantum dots. Many believe this offers a less expensive and more flexible material for solar cells, the key piece in solar PV systems. The new materials use n-type and p-type semiconductors. Plus, they can function outdoors. Panels using this new technology were found to be up to 8 percent more efficient at converting sunlight.

There also have been advances in energy storage. These improvements are important, because currently electricity generated through solar powers is largely a “use it or lose it” resource. One such improvement is a new battery developed at The Ohio State University. This battery is 20 percent more efficient and 25 percent cheaper than other batteries on the market. Perhaps best of all is that it is a rechargeable battery built into the solar panel itself.

The capabilities mentioned here are just a small sampling of the technological advancements helping to add energy capacity globally from renewable sources. Undoubtedly, as these capabilities are utilized and additional advancements developed, the Worldwatch Institute will be compiling annual reports in the future that show an even greater impact by renewables on global energy generation and consumption.

About Dan Liggett
Dan Liggett is Communications and Public Relations Manager for geoAMPS, a software company in the Columbus, OH area that specializes in software solutions to manage land rights and infrastructure assets. For more information, call 614-389-4871 or visit www.geoamps.com.