Is Hydrogen The Key To Clean Fuel?

Tell us about how the idea of Cella's technology came to be. 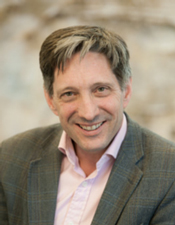 I had been working as an academic at University College London and at the Rutherford Labs looking into how nanotechnology can improve existing hydrogen storage materials. Two materials, ammonia borane and alane, had been worked upon for ages, but they were unsuitable for practical use and distribution. Through our experimentation, we found a way to combine ammonia borane with a particular polymer that resulted in a plastic-like material to make a lightweight and stable hydrogen storage material. When heated to temperatures above 100 degrees Celsius, the material is able kick out hydrogen to be used as fuel. When exposed to air, the technology remains stable. We eventually spun out and formed Cella Energy in 2011.

Is there a gap in the market that the technology helps to fill?

Currently, hydrogen production methods often require more energy than the fuel can ultimately produce. Hydrogen’s gaseous state is also a problem, as it has to be compressed at high pressures or liquefied at cryogenic temperatures for storage, transportation and use in consumer products.
Our technology helps mitigate these issues because it does not require any high pressure or cryogenic temperatures. The plastic-like solid that holds the hydrogen can be safely pressed and shaped into any form and is stable at room temperature. Each gram of the material produces approximately one liter of hydrogen gas, giving it a very high specific energy (energy per unit weight) and making it ideal in mobile or portable applications, such as in Unmanned Aerial Vehicles (UAVs), where weight is crucial.

How is Cella's form of hydrogen energy different from others?

Our technology is unique in that we’ve found a way to package hydrogen as a solid. However, if you form it into a large number of small pellets, it is possible to store and pump it like a fluid that helps position it as a powerful green fuel.

Can you describe the environmental benefit of Cella's hydrogen?

If the hydrogen is used in a device called a fuel cell to create electricity, then the only emission is water vapor, making it a practical green fuel for all sorts of applications. Once it has been heated and the hydrogen used, the material can be regenerated chemically and used again making it a potential replacement for fossil fuels contributing to an overall curtailment of greenhouse gases.

What are some applications in which Cella's technology can be used?

One of the first uses will be as a replacement for batteries in applications that need lightweight power. Currently, we have signed a deal with Israel Aerospace Industries (IAI) to develop a hydrogen fuel cell power system for their BirdEye Mini UAV. We eventually plan to expand upon this partnership by providing hydrogen-based power supplies for small surveillance drones involved in military, agricultural and other commercial missions. We have also partnered with French aerospace company, Safran, to adapt Cella’s hydrogen power supplies for use onboard aircraft to power galley and auxiliary power units.
There is also the potential to enter the automotive sector with our hydrogen. We are currently working on range extenders for electric vehicles and researching co-combustion with diesel engines at University College London. Our research indicates our hydrogen energy can reduce the number of particles by a factor of 1,000, maybe even 10,000. The clean air legislations from the EU are switching to focus on total particle count, so it could be important for us to have a solution for the issue.

Is the technology ready for production?

We’re working with our partners to prepare our technology for manufacturing. Within each market, we have feasibility studies and testing going on to adapt our technology to our partners’ needs. Once that is completed successfully, we will begin production.

What are some future plans for Cella and the technology?

Hydrogen is a very versatile and clean energy source.  We’ve succeeded in developing a safe, stable and high performance form with many applications. In the future we’d like to create a pellet system to fuel cars. We are also working on man-portable energy applications which will be used by the military, in disaster relief and ultimately in consumer products. We envision the technology as a competitor with both batteries and compressed hydrogen gas.
About Stephen Bennington, Executive Director of Cella Energy
Professor Bennington an Executive Director and also the Managing Director at Cella Energy. Stephen is in charge of the corporate strategy and development. Previously, Stephen was head of a world-class scientific team from the STFC’s Rutherford Appleton Laboratory and the London Centre for Nanotechnology at UCL. He was group Leader for five of the spectrometers at the ISIS pulsed neutron source, a large accelerator based facility that is used to study the atomic structure and bonding of materials ranging from engineering steels through to bio-molecules. Stephen has published over 190 peer-reviewed papers and technical reports. Stephen graduated from Birmingham University in the UK, where he was awarded a PhD in Physics for studying the quantum mechanics of hydrogen in metals.