The power grid serves as the interstate highways of our electric system. A modern, flexible system for delivering electricity generation over long distances is essential to the nations successful transition to a clean power future.

Please tell us a bit about ITC Holdings and your activity in the alternative energy industry.

ITC is the largest independent electricity transmission company in the country, founded in 2003.  We currently operate in seven Midwestern and Great Plains states, serving a combined peak load exceeding 26,000 megawatts along approximately 15,700 circuit miles of transmission line.  Our company invests in the high-voltage transmission grid to improve reliability, expand access to markets, lower the overall cost of delivered energy and allow new generating resources to interconnect to our transmission systems.  Because ITC shares no financial or ownership interest in power generation or distribution services, we take a non-parochial view of transmission grid expansion and access to the transmission grid. This approach facilitates broad regional wholesale energy markets to the ultimate benefit of electricity customers.

Our activity in the alternative energy space includes a major role in connecting wind energy to the grid. Our connected generation mix of clean or renewable sources also includes hydropower, biomass, landfill gas and pumped storage, and we are prepared for pending solar interconnections.

What is ITC’s perspective on the Clean Power Plan and the role of alternative energy?

We start from the perspective of doing what’s best for electricity customers. In general, they want safe and reliable service at affordable rates.  We see the Clean Power Plan within the context of an overall clean power future.  It’s clear that U.S. energy policy and market forces are steadily moving the U.S. away from fossil-fuel power generation toward a cleaner future mix of energy sources. Regardless what final form the Clean Power Plan takes, the nation’s decades-long march toward cleaner energy sources continues and is likely to accelerate. These changes in how and where energy is generated all factor into our clean power future. Alternative energy is squarely in this mix but will need a modern transmission system to balance and facilitate its delivery to markets.  We believe that a well-planned energy future featuring a diverse energy mix supported by modern transmission infrastructure can meet these customer needs.

What is the role of the power grid in a clean power future?

The power grid serves as the interstate highways of our electric system.  A modern, flexible system for delivering electricity generation over long distances is essential to the nation’s successful transition to a clean power future. Additional transmission capacity including interconnections, substations and new or upgraded transmission lines will be needed to promote continued reliability of the bulk power system during this transition. Greater reliance on intermittent renewable resources will drive transmission to more efficiently facilitate the balancing of associated flows on the system.

It’s important to remember that transmission is the smallest portion of a customer’s bill – about 9% nationally, according to the U.S. Energy Information Administration.  So it stands to reason that smart and timely transmission investment is the best means for delivering customer savings in the evolving energy landscape by facilitating lower-cost alternative energy generation.

What is ITC doing to support alternative energy projects?

Our 140-mile Thumb Loop transmission project in Michigan, completed last year, provides capacity for up to 5,000 megawatts of renewable wind energy.  Together with the company’s 122-mile V-Plan and 174-mile KETA transmission projects in Kansas completed in recent years, these projects demonstrate the value of forward-thinking, collaborative planning among industry, regulators and state policymakers to increase transmission system capacity and reliability to support more efficient transmission of renewable wind energy.  To date, ITC has connected more than 5,200 megawatts of wind energy production capacity to the grid, with another 1,400 megawatts in production, and we are prepared to connect 372 megawatts of solar generation currently in regional approval processes.

On the policy side, we are working on the national, regional and state level to assist in planning a clean energy future while discussing the role of transmission grid planning to facilitate the connection and transport of all energy sources in that future. ITC supports whatever approach individual states take for energy planning, and we advocate for regional transmission solutions to better support broad reliability goals for the grid.

Is the existing power grid capable of supporting a clean power future?

The current grid is stressed and inadequate for the task of tapping America’s virtually unlimited clean energy resources.  The majority of high-voltage transmission lines — the backbone system of electricity delivery — was built long before we fell in love with smartphones and iPads and before technologies such as electric cars were a viable solution for American families.  Simply put, we’re asking the power grid to do things for which it wasn’t designed.

Historical underinvestment has led to aging electric Infrastructure.  In its latest report in infrastructure investment trends, the American Society of Civil Engineers (ASCE) said that electricity infrastructure is expected to have the second-largest funding gap in the coming decades, behind only surface transportation, and that the current underinvestment in grid infrastructure could reduce reliability and harm the U.S. economy.  Our nation’s transmission system is in need of an overhaul, one that will have the capacity to bring renewable energy resources to towns and cities across the country for decades into the future.

What is being done today to modernize the power grid?

Energy regulators and other policy leaders are working to update energy policies and planning processes toward getting needed transmission projects built. At the same time, many planners are preoccupied with the variety of stresses on the grid right now: decades of historical underinvestment, state and federal policy demands, new technologies coming online, increased security demands, evolving reliability standards, severe weather and consumer desire for lower prices.  We cannot let these challenges get in the way of a more forward-looking approach to the grid.

Who are the primary players in this process and is there enough drive to keep it moving?

Federal and state energy regulators, regional planning organizations, alternative energy companies, and industry voices like WIRES – the industry group that promotes investment in electric infrastructure – all have as role in modernizing the grid.  A white paper issued in June by WIRES in partnership with economists at The Brattle Group urges planners to move beyond today’s traditional planning methodologies toward a more proactive and immediate approach to identifying transmission solutions that can address long-term uncertainties and provide a broad range of customer benefits.  Reforming transmission planning processes could save electricity customers $47 billion annually, according to WIRES.

What does the emergence of distributed generation mean for the power grid?

The limitations of distributed generation must be addressed before its market penetration is so widespread that it’s too late to make the necessary policy reforms that will support safe growth of this technology. Increased investment in the power grid to support all emerging technologies is a policy imperative. 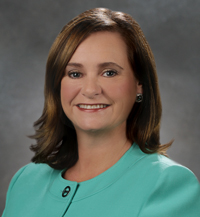 About Linda Blair
Linda H. Blair is Executive Vice President and Chief Business Unit Officer for ITC Holdings Corp. In this role, she is responsible for leading all aspects of the financial and operational performance of the company’s four regulated operating companies as well as its grid development initiatives. Previously, Ms. Blair served as Executive Vice President and Chief Business Officer, and President of ITC Michigan where she was responsible for the company’s regulatory, marketing and communications, federal, state and local government affairs and human resource functions.

Ms. Blair was Manager of Transmission Policy and Business Planning for ITC when the organization was a subsidiary of DTE Energy. Prior to that role, she held a variety of positions at Detroit Edison including Manager, Regulatory Relations, where she was responsible for developing and managing regulatory and communications activities with the Michigan Public Service Commission and the Federal Energy Regulatory Commission.

Ms. Blair earned her MBA and bachelor’s degree in Public Affairs Management from Michigan State University. She serves on the board of The Michigan Chamber of Commerce, and the Board of Trustees for Henry Ford West Bloomfield Hospital. She is a past member of the Department of Energy’s Electricity Advisory Committee (EAC), the EAC’s Transmission Subcommittee, past chair of The Heat and Warmth Fund, THAW, and past President of the Novi Parks Foundation.