Automation should be the prologue to a discussion whenever a new process is introduced, not a postscript. This fundamental shift in thinking is critical to maximize any automation strategy.

Automation in the Energy Industry

How would you define IT automation?

IT automation is the coordination of disparate systems and software so that they become self-acting or self-regulating. It’s an umbrella term that includes many different forms of automation, such as workload automation, IT process automation (ITPA), application release automation (ARA) and automation for big data / the Hadoop ecosystem.

What is IT automation’s role within the energy industry?

IT automation plays the same role in virtually every industry as all IT departments face a similar set of circumstances and challenges. For instance, IT environments are becoming increasingly complex, budgets are stagnant and the number of qualified staff are struggling to keep up with demand for their services. However, despite these constraints, businesses need to push out new applications faster and make changes to existing systems quickly in order to stay competitive. This is where IT automation comes into play. Not only does it help coordinate and consolidate IT operations and minimizes the amount of manual intervention, it also makes it possible for companies to overcome what is called the ‘IT resource gap.’

As an example, manual processes were causing IT admins at XCEL Energy, a utility company based in Minnesota, to work long hours and even add a third shift. After implementing an IT automation solution, XCEL eliminated the extra overnight shift that managed manual workflows which allowed employees to focus on high priority projects that kept getting pushed aside.

Examples of questions a company can ask to get a better sense if they can benefit from IT automation:

If the answer to any of the questions above is ‘yes,’ it’s time to start looking into implementing an advanced IT automation system.

Which processes that energy companies handle are best automated, and how does automation improve these processes?

Before anything else, companies need to shift their mindset. Instead of first creating processes manually, producing the output needed and then thinking about automation, companies need to flip this on its head. Automation should be the prologue to a discussion whenever a new process is introduced, not a postscript. This fundamental shift in thinking is critical to maximize any automation strategy.

Then, in order to turn this into reality, it must be easy to connect, share data and manage dependencies, disparate systems and processes, and have the ability to gain a centralized view of operations at the project, organizational, and enterprise level. Advanced IT automation solutions can provide businesses with a centralized point of control over IT operations, making it easier to integrate applications, technologies and processes across the organization.

What are some challenges energy companies will face with IT automation?

The main challenge companies will face is getting a holistic view of all the IT automation solutions used within a company. By integrating automation into an IT environment, companies can see its business and operational processes within a unified automation window, making it easier to remediate problems when they occur. This process can take some time and requires a level of detective work, but once complete, duplications can be eliminated, resources can be shared and data can flow more seamlessly.

Where can an energy company find more information about IT automation?

There are plenty of great resources available, such as this Gartner report (May 2016), this Tech Pro Research report (October 2016) and ASCI’s blog. 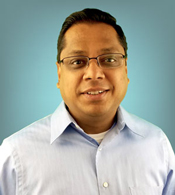 About Mehul Amin
Mehul Amin, a 21-year veteran of Advanced Systems Concepts Inc. (ASCI), previously held roles as product engineer and technical support manager and played an integral part in building the company’s workload automation solution, ActiveBatch. In his current role as director of Engineering, Mehul drives high-profile initiatives and leads both the Product Engineering and Release Engineering teams. Mehul received a master’s in computer science from the Stevens Institute of Technology.