Like the students continual career evolution after participating in one of the most rigorous and comprehensive university competitions, the houses that have competed in the seven U.S.-based Solar Decathlons continue to find new purposes and opportunities all over the world.

The Many Fates Of Former Solar Decathlon Houses

Compelling. That’s what the stories behind the Solar Decathlon represent to me. Normally, I am focused on the current competition – working with the university teams and our partners to host the Energy Department’s largest public event showcasing student-built solar houses. But lately, I’ve had the chance to learn more about where the 2013 and 2015 competition houses ended up as part of a major website update. That’s why I’m proud to say our Where are the Houses Now historical archive now covers the fate of all past U.S. Solar Decathlon competition houses from 2002 to 2015.

I’m amazed by the incredibly diverse locations and uses of past Solar Decathlon houses. Some are sold as private residences, like the Radiant House (SD 2013), which was snatched up by an architect who specializes in using bamboo. A park ranger’s family lives in Stanford University’s 2013 Start.Home at the Jasper Ridge Biological Preserve in Woodside, California. Team Texas/Germany’s NexusHaus (SD 2015) now houses researchers studying dark energy, searching for exoplanets, and probing white-dwarf stars at the University of Texas’ McDonald Observatory. 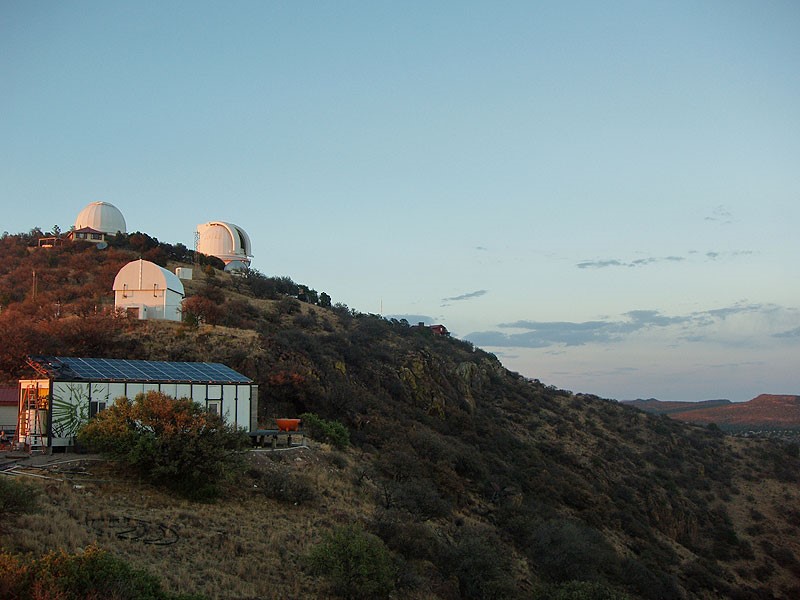 NexusHaus will join its sister, BLOOMhouse (SD 2007), at the McDonald Observatory in the Davis Mountains of western Texas. (Image from Michael Garrison)

Past Solar Decathlon houses are also proving to be good homes for students. In Middlebury, Vermont, groups of four students can apply to live in the Self-Reliance house (SD 2011) on the campus of Middlebury College. During their stay, residents engage in community outreach projects related to the mission of the house, which is next to the InSite House (SD 2013). In Rolla, Missouri, students constructed their own mini Solar Decathlon village of past competition houses near the campus. Here, Missouri S&T students and faculty can apply to live in one of the university’s six Solar Decathlon houses, including its 2013 Chameleon House and 2015 Nest Home. 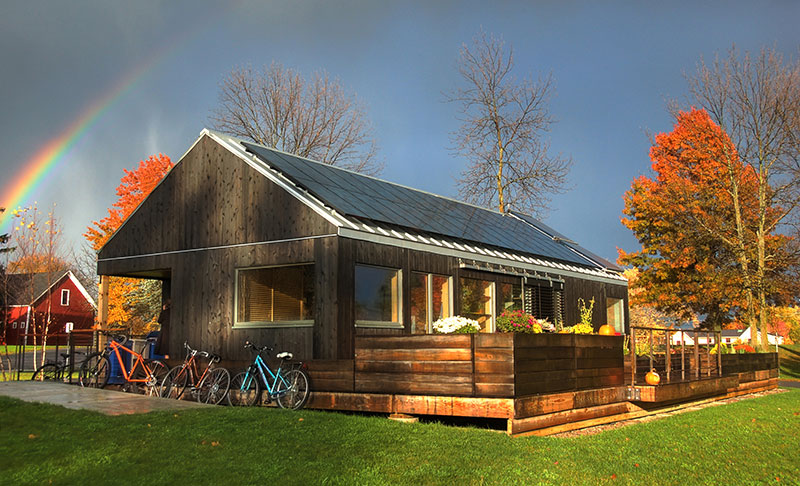 Many past competition houses become living laboratories and educational facilities. California State University, Sacramento students are using the Reflect Home (SD 2015) as a working lab to learn about home construction and net-zero building design. Norwich University’s Delta T-90 House sits adjacent to the world-famous Frank Lloyd Wright Westcott House and is now an experiential learning laboratory in Springfield, Ohio, with regular tours for visitors. The University of Nevada Las Vegas’ DesertSol House (SD 2013) serves as both an exhibit and model for sustainable homes of the future at the Springs Preserve Botanical Garden in Las Vegas.

Then there are some houses that have done it all. Arizona State University (ASU) and the University of New Mexico’s SHADE House (SD 2013), was re-assembled in a Phoenix solar housing community for smart grid research. In 2014, it served as a staging point for the Clinton Global Initiative’s Day of Action held at ASU. Currently, the house hosts public tours at the PHX Renews site. The Solar Decathlon 2013 overall winner, Vienna Institute of Technology’s LISI House, floats in Austria’s Blue Lagoon as part of a model architecture and innovation village, accessible via a connected dock for visitors. Team Austria reconstructed LISI in the middle of a lake after winning Solar Decathlon 2013. (Image from @lisithehouse)

I’m happy to see that several teams have won additional awards for their houses after competing in the Solar Decathlon. The Czech Technical University’s AIR House (SD 2013) won an Architecture and Building Foundation special award in the Czech Republic’s 2015 Building of the Year Competition. The University of North Carolina at Charlotte’s UrbanEden House (SD 2013) received the Sustainable Business Award from the U.S. Green Building Council’s North Carolina chapter.

These incredible stories provide just a glimpse of Solar Decathlon houses after the competition. Like the students’ continual career evolution after participating in one of the most rigorous and comprehensive university competitions, the houses that have competed in the seven U.S.-based Solar Decathlons continue to find new purposes and opportunities all over the world. View our interactive map for more details about any of the past Solar Decathlon houses.