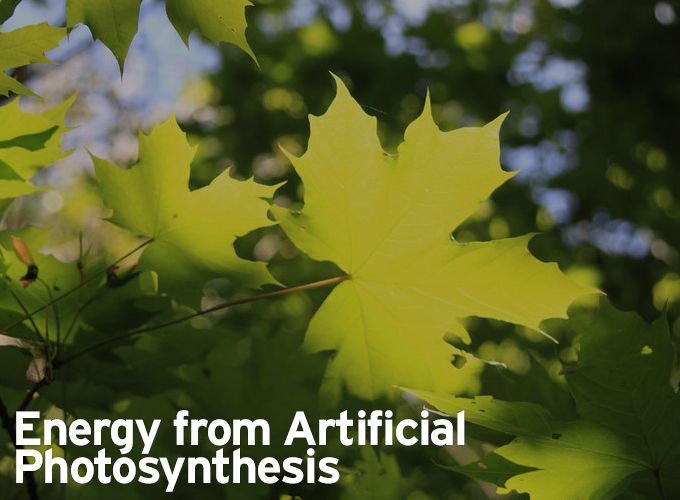 Plants are much smarter than us humans, as they use an energy source that is abundant, cheap and clean. Plants use photosynthesis, which is the most efficient power supply in the world. For plants, usable fuel is carbohydrates, proteins and fats.

We humans are looking for liquid fuel to power cars and electricity. But, we can also use the same source to solve our energy woes. For years, scientists have been trying to come up with a way to use the same energy system that plants do but with an altered end output.

Energy from the sun is an unexploited resource that we only recently begun to tap into.  Presently, photovoltaic cell technology is expensive, not efficient, and must convert immediately to electricity. An artificial photosynthesis system that duplicates what plants do could hypothetically create a continuous and inexpensive supply of clean gas and electricity, which could be stored.

Fossil fuels will not last many more years and are hazardous to the environment. Abundant coal is also damaging to the environment, while corn is taking up too much of the irrigatable land, which is needed for food. Solar panel technology is uneconomical and inefficient. Now, artificial photosynthesis could conceivably give us a way out of our energy dilemma. 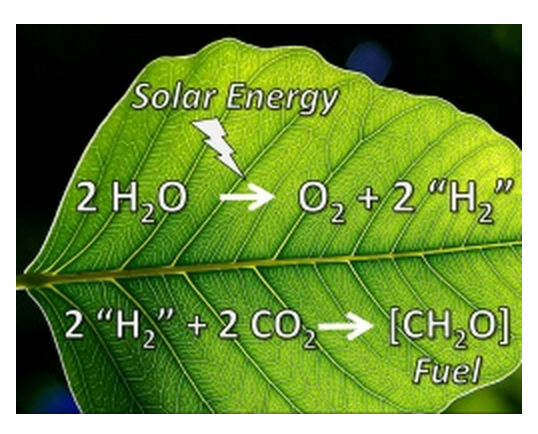 Scientists figured out what the chemical nature of the types of energy converters that would be needed for artificial photosynthesis. The leading candidates are manganese complexes inserted in a nafion matrix, and a polymer similar to Teflon.

The manganese complexes produce nanoparticles of manganese oxides within a nafion matrix. When exposed to light and influenced simultaneously, these oxides promote water oxidation, which is a crucial reaction associated with the splitting of water into oxygen and hydrogen. The hydrogen can be stored as an energy carrier.

One manganese complex in particular—designated Mn(III)—turned out to be the one that most effectively formed manganese oxides. Scientists are developing methods to fabricate multi-dimensional catalytic pathways for such novel materials in the energy and time scales. Their goal is to furnish synthetic chemists with a full picture of the catalytic process under real test conditions in order to enhance their work on the function of these materials, and figure out if and under what conditions it might be used for technological application in converting light to chemical energy. If successful, it could mean a way towards a continuous, environmentally-friendly, and cost-effective storage form of solar energy.

Artificial photosynthesis is not a new idea, and a system that requires only sunlight and simple organic chemicals to generate renewable energy cheaply and cleanly is a high priority goal. Some limited progress has been made in this area, but, as of yet, no proposed solution has been nearly efficient enough to warrant commercial use.

Kelsey K. Sakimoto, a researcher at Peidong Yang’s lab at the University of California, Berkeley, has come up with a new alternative to natural photosynthesis—cyborg bacteria. He taught bacteria how to grow and cover their bodies with tiny semiconductor nanocrystals, which are more efficient than chlorophyll and can be grown at a fraction of the cost of manufactured solar panels.

To produce his cyborg bacteria, Sakimoto fed them the amino acid cysteine and the element cadmium. The bacteria then synthesized cadmium sulfide (CdS) nanoparticles, which efficiently absorb light, functioning as solar panels on the bacteria’s surfaces. The new hybrid organism, called M. thermoacetica-CdS, produces useful acetic acid from light energy, water, and CO2 at a rate that outperforms any sources of natural photosynthesis.

Daniel Nocera, a professor of energy science at Harvard says that he and his colleague, Pamela Silver, have devised a system that completes the process of making liquid fuel from sunlight, carbon dioxide, and water. And they’ve done it at an efficiency of 10%, using pure carbon dioxide.  This means that their system captures 10% of the sunlight and turned it into fuel. This is much higher than natural photosynthesis, which converts about 1 percent of solar energy into the carbohydrates used by plants.

Nocera and Silver’s system uses a pair of catalysts to split water into oxygen and hydrogen, and feeds the hydrogen to bacteria along with carbon dioxide. The bacteria, a microorganism that has been bioengineered to specific characteristics, converts the carbon dioxide and hydrogen into liquid fuels. 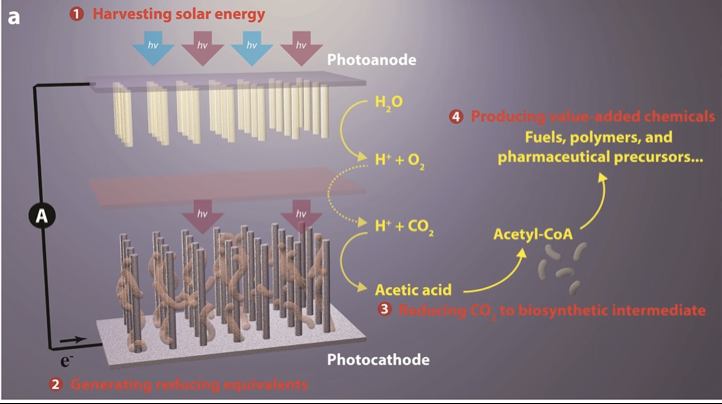 A diagram of the first-generation artificial photosynthesis, with its four main steps

A chief obstacle to carrying out a solar-to-fuel conversion water-splitting device is the development of a strong and long-living water-oxidation catalyst. Materials used in artificial photosynthesis corrode in the presence of water, making them less stable over long periods of time. Many catalysts often degrade quickly or they don’t produce the same output as a more organic catalyst. Catalysts, such as platinum are expensive and in order to make the technology cost effective, scientists must search for alternatives.