Utilities and system operators are searching for cost-effective and reliable solutions. I think energy storage – batteries in particular – are at price points now where they represent a cost effective solution.

Integrating Renewable Energy into the Grid

Please tell us a bit about APR Energy, HYbrid Energy Solutions, and your role in the renewable energy industry?

APR Energy is the world’s leading provider of fast-track mobile turbine power. It has installed more than 4,200 MW of power capacity across more than 30 countries. I am a co-founder of the company, and I currently serve as chairman and CEO. Our mission is to provide flexible and full-service solutions that deliver rapid access to reliable electricity when and where our customers need it, for as long as they need it.

HYbrid Energy Solutions works in a complementary space. The company designs and manufactures modular, scalable, energy stations and battery storage solutions for the purpose of providing reliable and efficient power to a broad customer base, ranging from remote telecoms base stations to utility grids. HYbrid’s product line includes portable energy stations that combine Li-ion battery storage, a PV array, a small diesel engine and sophisticated controls into a compact portable unit, as well as large multi-MW containerized Li-ion battery storage units. HYbrid has more than 2,000 units in operation in four countries. These have logged more than 26 million operating hours and generated more than 80 million kilowatt-hours of sustainable electric power to date.

These two businesses, as well as my experience working with virtually every form of energy generation infrastructure, provide me with a unique practical understanding of how renewables can be integrated optimally into electricity markets of different types, and in different places around the world. Clearly, one size doesn’t fit all. In established utility grids, the challenge now is how to enable integration of renewables from a low level to 40% or more of the total without affecting grid stability. Utility-scale battery storage is key to that. In poor-grid and rural markets, the challenge is to deploy technologies that deliver sustainable, round-the-clock electricity from the start. Hybrid technologies – micro-grids, if you will – are key to that.

What are the biggest hurdles preventing greater adoption of renewable energy across the world?

I think it’s important to acknowledge that the hurdles are different depending on the market, and even on the end user. In most countries where established grids exist, consumers have come to expect extremely high reliability, so the key challenge is how to integrate naturally intermittent generation sources like wind and solar without affecting the seamless delivery of electricity to which consumers are accustomed. In addition, of course, in local markets where natural gas and coal are abundant and inexpensive, cost remains a hurdle. In countries where power is less reliable or non-existent to begin with, the overarching constraint is capital. It’s encouraging to see more funds flowing into renewables projects and distribution infrastructure in emerging markets, but there are inherent financial risks to doing business in many countries, and a large number of investors are unable to tolerate it. Ultimately, the challenge across the board will be sensibly and affordably integrating renewables and hybrid energy systems deeply into local power generation portfolios.

What can we learn from the places in the world where renewables are more ubiquitously integrated?

While we can point to examples where renewables are performing very well as the primary or exclusive source of generation, there are also some cautionary tales that highlight the need for proceeding with care. Hybrid systems and majority-renewables portfolios already work reliably and cost effectively in a number of island and remote locations, and the path forward in these types of applications is clear. But, there are risks to extrapolating from these markets to others. As the experience in South Australia in 2016 indicates, relying too heavily too soon on intermittent renewables can lead to problems. The real challenge is finding a way to balance power and power storage to meet base load requirements and peak loads in a renewable-focused world. Having a vision for the future is one thing; doing it the right way, with an eye toward reliability and stability, is another.

Why invest in an energy storage company? Why now?

Policymakers and market forces are both driving the electricity markets toward more use of renewables – consistently at a rate that has outstripped projections. In many markets, there is – or soon will be – more intermittent renewable energy available than can be effectively integrated into local grids. Utilities and system operators are searching for cost-effective and reliable solutions. I think energy storage – batteries in particular – are at price points now where they represent a cost effective solution.

Thinking about how wind and solar are implemented today, what’s wrong with how it’s being done?

Policymakers are using various tools – mandates, renewable portfolio standards, subsidies, feed-in tariffs – to drive implementation. As someone who’s seen all sides of the power business, I think there’s a natural tendency among policymakers and consumers to understate the operational difficulties in making this transition. I am confident that system operators will meet the challenges, but it’s going to take a lot of effort and there will be occasional hiccups. I am encouraged to see regulators beginning to step up and encourage market-based solutions for storage.

Where is the greatest opportunity for renewable energy generation?

Almost everywhere. Obviously, in markets that don’t generally welcome foreign investors or where credit risk is high, business opportunities for companies like mine are limited. But where electricity markets are lightly regulated and open to innovation – and I would point to Ireland, the UK, Australia, North and South America, and certain countries in Africa – business opportunities are significant and will expand rapidly over the next several years.

Can you please provide an example of how renewables could have prevented a widespread problem?

After Hurricane Maria last year, telecom operators in Puerto Rico struggled to sustain energy supplies to power their cell towers. After grid power was lost, backup diesel generators ran around the clock, quickly depleting on-site fuel supplies, and due to storm-related damage to roads and infrastructure, re-supply proved almost impossible. Cell phone coverage was lost soon after the storm and not restored for weeks.

A portable, on-site hybrid energy system, combining a solar array, lithium-ion batteries, a much smaller diesel engine and an intelligent control system to toggle between these three energy sources, could have powered Puerto Rico’s cell towers for as long as 100 days on a single tank of fuel. That’s because in a hybrid system, PV and batteries are the primary sources of power, with the engine running only to charge the batteries when solar can’t. That level of resilience and efficiency would have alleviated a significant burden during the continuing rebuilding process. One can imagine many other applications where portable hybrid energy technology would have paid enormous dividends: gas stations, clinics, schools, community centers and stores.

What are the key aspects of driving broader acceptance and adoption of renewable energy generation?

At the risk of sounding repetitive: reliability and cost. Most consumers, I think, would prefer their electrons to arrive from clean sources of generation, but it is also fair to say that relatively few consumers are prepared to pay a stiff premium for green electricity or sacrifice reliability for it. There’s a continuum here that we need to move across. Companies like mine are fully focused on providing solutions that accelerate the trend.

How big a role does government policy play in the expansion of renewable energy and where do you see good examples and some bad ones?

I’m not a fan of subsidies for any energy technology, or for utility regulations that discourage investment in and experimentation with new technologies. I think in most markets, including many emerging ones, policymakers are inclined to recognize the advantages of taking a light touch. Where regulators maintain uneconomic price controls and/or insist on bureaucratic siting and operating procedures, electricity will continue to be scarce and expensive.

To the extent international bodies or national governments want to encourage private businesses to bring renewable energy technologies to emerging countries, I think they would be wise to look beyond traditional approaches like loan guarantees and develop more flexible financing and insurance tools. 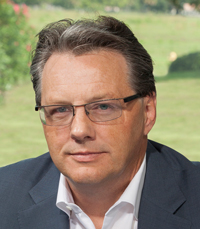 About John J. Campion
John J. Campion is the co-founder, chairman and CEO of APR Energy, a global company specializing in the rapid deployment of cost-efficient, reliable electricity anywhere in the world, satisfying temporary and longer-term power needs. Campion is a well-known figure in the Jacksonville, Florida community for his philanthropic endeavors, international business expertise and rare rally car collection.

A native of Cork, Ireland, Campion immigrated to the United States in 1984 with $26 in his pocket and a job working as a member of the lighting crew for a rock ‘n’ roll band. Campion spent more than two decades in the entertainment industry working with international musical artists such as Michael Jackson, U2, David Bowie and others, as well as for the Olympic Games in Atlanta and Sydney. Passionate about the rock ‘n’ roll industry and determined to leave his mark, Campion co-founded his first company Showpower, Inc., which was originally funded by Michael Jackson. This new endeavor provided portable power generators to the entertainment industry, a need Campion recognized through his years on the road. Showpower was later acquired by General Electric (GE) Energy Rentals. Campion joined GE as its executive vice president of sales and marketing.