Speculation on what the loss of control of battery manufacturing capacity could mean for western nations is rife. From limited access to affordable and sustainable EVs due to lack of battery supply, to potential loss of control over the critical resource of energy storage. 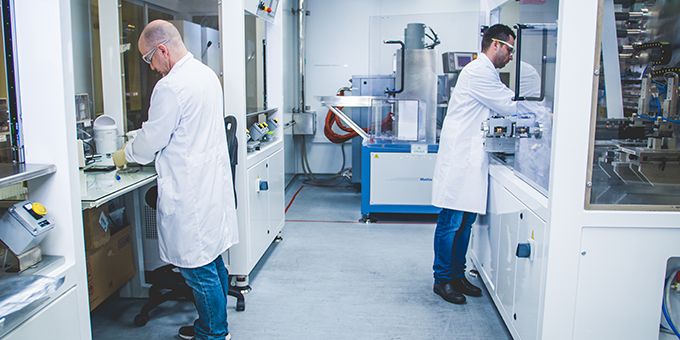 Lithium-ion batteries are predicted to be the key technology of the next decade, the world’s next biggest commodity and an essential factor in the widespread market adoption of EVs. Goldman Sachs estimates that the market will be worth around $40 billion by 2025, with China as the nation dominating global capacity. Today, according to Bloomberg New Energy Finance (BNEF), Asian companies make up 83% of the worldwide manufacturing capacity of EV batteries, far surpassing that of any other territory. However, the European Union has recently implemented a ‘battery action plan’ to incentivise its member nations, and the Indian government also seeks to move its own dependence away from Asia. However, as governments and corporations around the world increasingly turn their focus to, and provide incentives for, the battery market, the United States has fallen behind, with their current battery manufacturing capacity dependent mostly on Tesla’s Panasonic technology or other Asian manufacturers.

In this feature, Dr Doron Myersdorf, CEO and Co-Founder of StoreDot, considers, the current market landscape, the potential behind StoreDot’s technology to help resolve key issues, and where the world’s first, ultra-fast charging, OneGiga factory could be built.

If we consider the history of some of the world’s hottest technologies and commodities over the last century, a clear pattern of control and competition is apparent. Today, the Organisation of the Petroleum Exporting Countries (OPEC) controls an estimated 44% of the global oil production, and 81.5% of the world’s ‘proven’ oil reserves1. Its 15-member countries are spread across the Middle East, Africa and South America. In the latter half of the twentieth century, the control of this was dominated by an international group dubbed the ‘Seven Sisters’, these 7 companies consisted of 5 in the United States and 2 in the United Kingdom. Similarly, in the NAND Flash memory sector Samsung, Toshiba and Hynix – all Asian companies – dominated the market, until intervention from the American company Micron Technologies, a move that was strongly supported by the US government. More recently, in early 2018, when Singapore-based Broadcom Ltd. planned a $117 billion bid to acquire the US company Qualcomm Inc. (both dealing in semiconductor and telecommunications) President Donald Trump blocked this citing ‘national security concerns’. When we consider this global business context, the ‘race’ for control over key commodities is clearly one long-established between the east and west, and, evidently, a strategic pain point for the United States.

Today, this trend is extended to the manufacture of lithium-ion batteries. In China, aggressive government policies are being pursued from subsidies for EVs to restrictions on foreign rivals, with its approach to batteries today, mirroring its approach to solar power over a decade ago. One example of a Chinese company pursuing dominance over battery production is Contemporary Amperex Technology Limited (CATL), a company that Goldman Sachs are tipping to have the biggest battery factory in the world by 20202. If successful, CATL will have the potential to surpass the output of Tesla’s Giga-Factory and dwarf the suppliers of many other battery powered cars. It has recently announced Germany as its first European site. But this dominance isn’t just limited to China, with Samsung, LG, and Panasonic responsible for the main market share of current battery manufacturing – all of whom hail from South Korea or Japan. Considering all this, it’s not hard to believe the figures released by Bloomberg New Energy Finance, that Asian companies currently dominate with 83% of the worldwide battery manufacturing market.

Speculation on what the loss of control of battery manufacturing capacity could mean for western nations is rife. From limited access to affordable and sustainable EV’s in western territories due to lack of battery supply, to potential loss of control over the critical resource of energy storage. The latter of which would lead to the unappetising idea of increased foreign dependency. As tech innovators and adopters, if the trend follows its current curve, we could see higher battery prices for the west to secure capacity (which is opposite to the expected trend in the east) and even a loss of energy leadership. That said, how can we expect western nations to compete with the current overwhelming dominance of Li-ion batteries of the east?

The west is waking up to the ‘revolution’, and the need for locally produced battery cells. Perhaps the most notable ‘wake up’ of all is from the European Union (EU). The EU has implemented a ‘Battery Action Plan’3 to encourage member nations to create and attract factories creating batteries for electric vehicles. According to Benchmark Mineral Intelligence, in 2018, the EU will total 23% (78.5 GWh) of the world’s planned capacity. This is a dramatic increase on its output prior to 2017, which came in at only 5 GWh4 – it has plans to ensure this upward trend continues. The US’ place in this race is currently unclear. As previously discussed, the US has always been a dominant player in the battle to control the world’s hottest commodities. However, in the case of lithium-ion battery manufacturing, the US was only responsible for 15% of global capacity in 20175. That said, today it boasts the worlds largest giga-factory, which, to the outside eye, would still suggest dominance. However, the US’ ability to compete, and remain at the forefront of battery manufacturing capacity hinges solely on the success of this factory, and the technology within it is owned by Panasonic, from Japan.

The spotlight on the production of lithium ion batteries is greater than ever before, and Asian control is evidently creating unease in governments across the world. It would be easy to speculate that this unease is not just limited to governments but to the world’s largest automotive manufacturers too. It begs the question if they too are comfortable with the idea that China may soon control the majority of the world’s capacity? For my team at StoreDot, as we look towards the future lack of balance between east and west, this issue proved the most interesting.

StoreDot offers the world’s first, ultra-fast charging battery for the EV market, and as we consider the many issues discussed previously, it has become ever more apparent to us that our technology could enable the west a path to stay ahead of the curve. By creating an ultra-fast Giga-Factory that’s not powered by a technology invented and developed in the east, we are hoping to help restore the imbalance of power and base this factory in the west.

For us, the location of this factory is one of extreme importance as we bring our technology to mass market. For many years the US has remained a dynamic and strong player in the global automotive industry. Additionally, one of our most trusted partners, Daimler AG, has its own plant in Alabama. A location already primed to be producing advanced electric vehicles by 20206. For any manufacturer of lithium-ion batteries, the proximity to supply chains and existing partnerships is incredibly important, none more so than for us. Simultaneously, access to appropriate and often expensive resources is absolutely necessary, and a well-connected location in the US could offer this. Already we are opening discussions with key territories in North America to discover the possibilities behind a US-based Giga-Factory.

Similarly, we believe the StoreDot OneGiga factory has something attractive to offer the US too. The factory will initially have 1 GWh capacity that will create 400 US jobs in the location we select, and as we scale this up to a 10 GWh factory, the job numbers can expect to surpass 2200. Having this factory on US soil will offer the US control over a premium product, keeping access to the world’s first, ultra-fast charging technology securely in its hands. A move that would help the US to remain competitive in the ever-changing global market. StoreDot also offers access to an eco-system of strategic partners who are committed to making ultra-fast charging a reality. From Daimler, to BP, to TDK and Samsung, we are offering a truly international approach to the issue of lithium-ion battery production, all with a premium that nobody else offers.

Control over battery capacity is as important as control over oil supplies and the west is dramatically slipping behind the east. Today, the US and other western territories have a unique opportunity to ensure that this trend is bucked. By expanding from its current capacity, solely provided by Tesla and Panasonic, future generations will not be limited in their ability to operate in a world that no longer relies on oil and will not suffer negative cost implications of control in the east. Finally, by joining together with StoreDot and its strategic partners to create a US based OneGiga factory, we hope to further strengthen and support the already positive relationship between the US and Israel, the US’ strategic position as a champion of new battery technology and help to better control the future adoption of EV’s.