The reason for a Global Grid will be the gathering of remote renewable sources. Its main infrastructure will be high-capacity long transmission lines. Wind farms and solar power plants will provide distribution centers with green power over long distances. 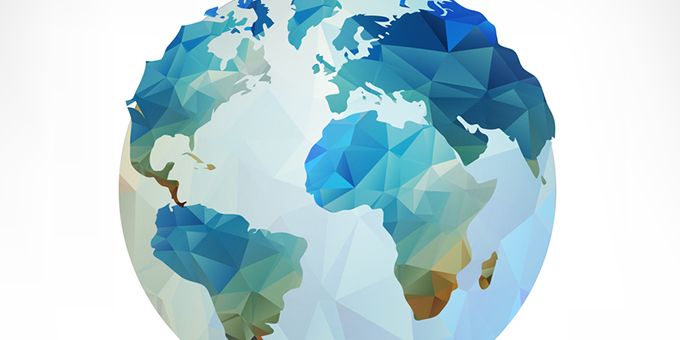 Global Grid is the electricity network spanning the entire planet and connecting most of the large power plants in the world. The reason for a Global Grid will be the gathering of remote renewable sources. Its main infrastructure will be high-capacity long transmission lines. Wind farms and solar power plants will provide distribution centers with green power over long distances.

A globally interconnected network can be technologically achievable and reasonably competitive. Multiple opportunities will emerge from a global electricity network, such as leveling the renewable energy supply and electricity demand, which will reduce the need for bulk storage, and reduce the volatility of energy prices.

We can lay the groundwork for a clean energy future. A modern grid is more efficient, enhancing renewable sources of energy and employing many of the same digital tools we use to communicate.

An electrical grid is an interconnected network for carrying electricity from producers to consumers. It comprises of generating stations that produce electrical power, such as wind farms and solar power plants; high voltage transmission lines that carry power from distant sources to demand centers; and distribution lines that connect to individual customers.

Generating stations are usually located near a fuel source to take advantage of renewable energy sources.  The electric power, which is generated, is increased to a higher voltage where it connects to the electric power transmission network.

If a global grid was designed correctly, we probably would have many more high voltage interconnects than we have today so that electrical power could be transferred to where it was needed most. Key base-line power plants could be sensibly placed so that they are co-located with major powerline interconnect points. Thereby, there would be fewer kilowatts generated because there would be greater efficiencies and reduced line loss. The delivered cost per kWh would be reduced.

Because wind and sunlight are unreliable, utilities use backup sources like coal and natural gas. If we want to get all of our energy from renewable sources, something has to change. Over the last few years, researchers have discovered a possible solution to undependable renewable sources—one which seems almost too simple. The wind is usually blowing somewhere in the world, and the sun is generally shining somewhere. If the whole world could be connected to a special grid that would let utilities tap into those resources anytime, the reliability problem would be eliminated or lessened.

What makes a Global Grid so persuasive are the major pressures on today’s power grids.  Soaring energy demand is spiraling in fast-growing megacities. There is an ever-increasing need to secure grids against electronic and physical attacks. The smaller and more out-of-the-way an energy network is, the more problematic it is to maintain the balance between electricity supply and demand.

The technology now exists to transmit huge amounts of electricity over extended distances without substantial losses. Operators can balance consumption and generation across an entire continent or even the globe. If an outage takes place in one country, the abrupt change in line voltage and frequency would prompt a generator thousands of miles away to offset the deficit.

Likewise, if the wind in a usually wind-dependent area gives out, electricity from its neighbors could quickly cover the shortage. Similarly, if one area is experiencing heavy rainfall, hydroelectric dams there could capture the energy and send it to a different place as needed. A Global Grid would guarantee that all or nearly all the electricity that’s generated would be consumed, thus preventing the wasteful practice of paying wind-farm operators to curb production or discarding energy that’s not immediately needed.

A Global Grid would allow energy to be generated faraway from population centers. Some of the world’s best sunlight can be gotten in the lightly populated region south of Darwin, Australia. With an undersea link to Southeast Asia, excess electricity could be transmitted to countries like Indonesia, Papua New Guinea, and Singapore. With a Global Grid in position, operators could appreciably scale back their backup capacity.

Power engineers know that a DC system operating at high voltage would be a cut above AC for transmitting electricity, because the amount of electricity wasted during DC transmission would be a lot less than with AC. With the voltage doubled, only half the current of a comparable AC system would be required, thus decreasing line losses by a factor of four. Quite a bit less wire would be required, because DC current permeates the entire conductor of a power line.

The ambitious Chinese want to build a $50+ trillion power grid for the entire world. They want to have it in operation by 2050. The proposed grid will connect wind farms at the North Pole with solar farms at the equator. This is exactly what is required if wind and solar will ever become a viable alternative. 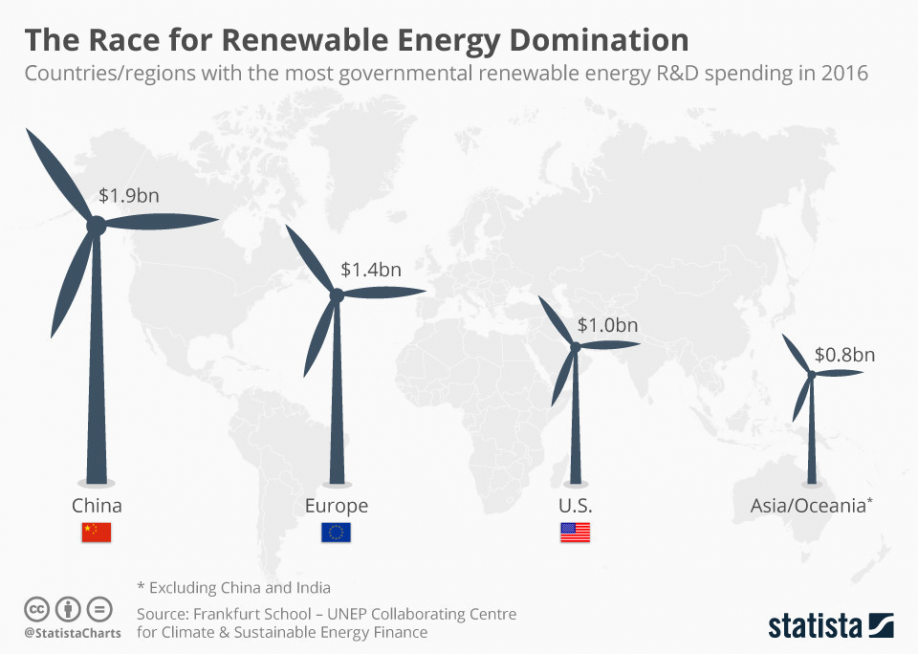 The chief hurdle facing a Global Grid is how to pay for it. It’s difficult to ascribe a fixed number to such a massive and complicated undertaking, but its costs would be more than offset by its many advantages.

Can a Global Grid be built? Technologically, it would depend on a globe-encircling network of high-voltage direct-current transmission systems.  For the most part, the components for such a grid already exist. The regional grid operators would need to decide on how to pay for such a network. Rules for trading the electricity would need to be established and the technical codes and standards for the Global Grid to operate safely, reliably, and securely would need to be decided.