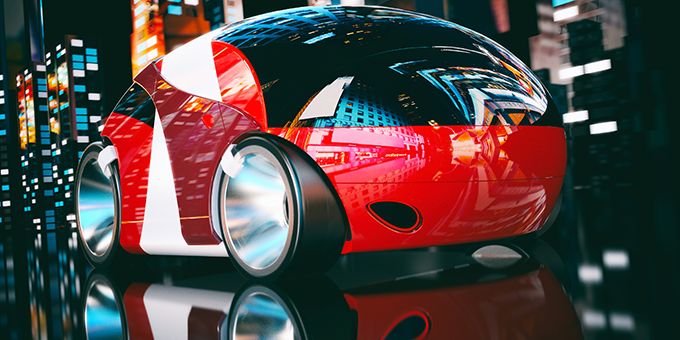 When Cars Think for Us: Autonomous Vehicles and the Role of Energy Storage

Cars that sense, think and drive for us will be on the roads in droves sooner than we know it. The technological capability has arrived as evidenced by the number of news stories providing updates on the latest advances of self-driving cars.

From sci-fi to reality

A few decades ago, self-driving vehicles may have sounded like something out of a science fiction movie. There are a few key reasons why autonomous vehicles are becoming a reality.

One driver is the carbon dioxide reduction targets set by countries across the globe. Automakers must achieve about 25% of fleet electrification by 2020 to 2025 to avoid the penalties for excessive carbon emissions. Autonomous vehicles can help achieve low-to-no emissions via features such as eco-navigation, adaptive cruise control and tools that track fuel usage.

Governments are also touting the safety benefits of driverless cars. Plenty of analysis is being conducted to discover how driverless cars could reduce fatality rates because of dangerous driving. According to the US National Highway Traffic Safety Administration, 94% of auto accidents are caused by human error, including recognition, decision and performance errors.

In addition to regulatory pressure for technology to change, there is social pressure as well, in the form of people’s desire to gain back valuable time.

Gone are the days when only the C-level executives had chauffeurs. Ride sharing businesses enjoy immense success because they discovered that people are willing to pay a premium to free up their time and avoid the stress of driving. Thanks to ride-sharing, more people can use their time productively during their commutes.

The next logical step in single-car transit is autonomous vehicles, which is evident by the fact that ride-sharing companies are investing in autonomous tech development. How exactly does this technology work?

A human driver perceives and processes a plethora of information using the five senses. If you see red brake lights ahead, you slow down. If you smell burnt rubber, you become alert to a possible accident. If you hear sirens, you prepare to clear the way for an emergency vehicle.

Autonomous cars have to replicate a human driver’s ability to detect and react in real time. In addition, self-driving cars must navigate urban traffic and analyze variances in road conditions. This is a monumental task.

To add sensory tools to the driverless car, engineers use various technologies such as RADAR or LIDAR and cameras for distance control to replicate what human eyes and ears perceive. Based on the car’s level of autonomy, it may have 20 to 40 sensors that collect massive amounts of data—big data—in real time at the rate of gigabits and terabits per second. (This speaks to just how phenomenal the human brain is as a processor.)

Now that the car has sensors and is able to collect data, what does it do with this data?

It has to react to the information in real time. To do that, the vehicle must have powerful computing. But there is such a large quantity of data that no computer could process it in real time without artificial intelligence (AI). That is why AI is such a key factor for autonomous vehicle technology.

From moment to moment, human drivers can filter out what’s important from what’s not. But the car can’t, so something has to tell it what’s important. That’s where AI comes into play. Combining AI with computing power is what makes autonomous vehicles a viable technology.

The role of energy storage in driverless cars

Autonomous vehicles require redundancy, a technical term for the backup system that steps in when the primary system fails. Redundancy is Plan B. Energy storage serves redundancy.

Most of the driverless car’s features will be fed by battery energy since batteries provide long-term energy output. When a function fails, a backup energy storage system provides the energy necessary to ensure continuous operation for a certain time, at least as much time needed to ensure the vehicle is brought into a safe status (for example, parking at the side of the street).

One smart way to approach redundancy is to have batteries for the primary system and ultracapacitors (supercapacitors) for the backup. Ultracapacitors, high-power, fast-responding energy storage devices, are an excellent option for providing backup power. The ultracapacitor stores energy in an electrostatic field versus via a chemical reaction, making it reliable in the face of harsh climates and the constant shock and vibration of the vehicle.

If the primary battery fails, ultracapacitors release high power at a rapid rate to ensure that functions such as electrical steering and braking continue to work properly. Redundancy could also be achieved by using two types of battery technologies, say, lead-acid for the primary and lithium-ion for the backup.

Either way, the energy storage technologies for each system should be different so that if a technology issue causes a failure, it is more likely that the second technology will succeed in providing reliable backup. Automakers’ current discussion is on how they can design autonomous vehicle architecture in an elegant way in which all functions are operationally secure.

I’m confident that driverless cars will become the norm a few decades from now. Governments, consumers and environmentalists see the technology’s benefits for society. Automakers are determining the optimal platform designs and the most reliable energy storage systems. Autonomous vehicles will likely refashion global transportation in promising ways. Lately, various manufacturers have begun the development of autonomous flying vehicles. But that’s a topic for a future post.

About Carsten Gregor
Carsten Gregor has vast experience working closely with automotive OEMs and engineers to identify best-fit energy storage technologies for next-generation vehicle platforms. Carsten is a physicist and is passionate about automotive technology, emerging trends, and what the world will look like when autonomous vehicles become the norm.