One of the largest challenges for managing energy use in a university setting is the inconsistent usage patterns throughout the year.

Solar Energy for Universities and Colleges

Please tell us a bit about GEM Energy and your role in the solar energy industry?

GEM Energy is a solar developer and energy performance contractor within the Toledo, Ohio-based Rudolph Libbe Group of companies. We perform originations and design-build construction on solar arrays, primarily in markets east of the Mississippi river. Since 2007, we’ve built our business around delivering energy solutions that reduce our customers’ operating spend through on-site solar solutions designed to enable customers to generate their own power.

How are school systems and universities uniquely positioned to take advantage of solar benefits?

Energy usage profiles of universities and school systems are dramatically different from other customer segments. Even within their own campuses, profiles can be surprisingly complex. An energy solution needs to meet the needs of both classrooms and residential buildings to food production and gymnasiums. Combined with ambitious sustainability initiatives, this makes solar a strong component of their energy systems.

One of the largest challenges for managing energy use in a university setting is the inconsistent usage patterns throughout the year. Fewer students are on campus during the summer, while winter months carry extreme spikes in water and space heating, not to mention the lights coming on earlier across campus. Through net metering, solar can help universities even out costs throughout the year – even when classes are not in session.

Environmental sustainability is a significant factor that prospective students consider when selecting a college. Schools are expanding curriculum and on-campus offerings to meet this demand, from creating sustainability programs and majors to establishing activities and clubs. A solar array on campus provides a real-world element to renewable energy-based curriculum. Beyond learning the science behind solar technology, students learn what drives change. When students can understand and recognize carbon offsetting implications in terms of cars on the road or manufacturing facilities, they are seeing a real-world functional impact.

How does net metering work, and how can it benefit a school system?

Net metering is essentially a mechanism for rollover credits, similar to rollover minutes on a cell phone. Solar resources are most abundant during summer months, and therefore result in maximum output from a solar array. Excess power production in the summer can be rolled over to fill in months when school is in session and consumption is higher and during winter months in which the solar resource is not as strong. As long as overall consumption in a 12-month period is not exceeded, those credits roll over to fill deficits.

How can Universities take advantage of New York’s incentives and maximize their energy cost savings through solar in 2019?

Universities in New York can leverage the strong state incentives being offered through NYSERDA and NY-Sun.  These incentives are designed to accelerate the growth of solar throughout New York.

New York also allows universities to participate in community solar, through which the university can “subscribe” as a tenant to a remote project and take advantage of an economy of scale. This is a benefit for universities that are landlocked or have limited property availability, but still want to participate in solar to lower their operating costs on campus.

How much of the cost can be saved with the incentives?

Savings are locational and project specific, but we have generally seen savings account for 16-25% of the capital costs of building a solar project.

How much disruption does it cause to install solar equipment on a University campus?

We allow the University to decide what their involvement level is.  We obviously meet with the school at the beginning to establish goals, set timelines, establish communication methods, and understand what would make the project a success for them.  Some schools want to be hands-off.  We then allow the solar project to essentially be out of sight out of mind.  We take care of everything and make it happen.  Other Universities want to be more involved and include students and professors.

We have employed some students in the past to work as interns during the construction phase.  Some professors want to link up with the solar control system to conduct 21st century project-based learning though the real time use of the solar web-based platform.

Are there ongoing maintenance costs with a solar system installation?

Under the PPA structure (which most of our Universities take advantage of) the ongoing maintenance costs are part of the package that is included.  The University pays one bill each month (like their power bill) for each kilowatt hour of electricity it receives.  Part of this bill then covers things like mowing and maintenance. 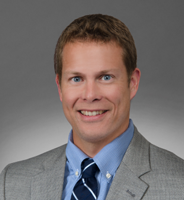 About Jason Slattery
From an early age, Jason wanted to pursue a career that incorporated both technology and innovation. He earned a degree in construction management from Bowling Green University and began consulting on estimating software implementation in the field. He then joined the Rudolph Libbe Inc. team in preconstruction and special accounts preconstruction. A project management role followed until he discovered the opportunities in solar. Jason’s initial interest in solar came about as he saw the demand for solar systems in the industry increase, particularly the design/build and maintenance aspects. It became clear that this was a viable business and solar was established as a standalone group within the Rudolph Libbe Group of companies. Now part of GEM Energy, Jason leads daily solar operations - from business development and customer interaction to guiding a team of project managers and personnel in the field - with a hands-on and detail-oriented approach. He takes pride in bringing up talent and paving the way to success.