The cost of solar and wind power has decreased rapidly in recent years, and some utility-scale installations have reached electricity prices of around 2¢ per kilowatt-hour. However, photovoltaic arrays and wind turbines both have a variable electricity production, since they rely on energy inputs that cannot be controlled - sunshine and wind. Energy storage has promising applications in the renewable power sector, since it has the potential to eliminate this issue.

Fossil fuels continue to have a key role in the power sector because they can provide electricity on demand. While renewable sources can now achieve lower costs than fossil fuels, they are still held back by their variable generation. For example, grid operators can count on gas turbines to provide electricity when consumption reaches is peak, but wind and solar power cannot perform this role unless they are enhanced with energy storage.

One of the main challenges for power grid operators is managing sudden changes in electricity production and consumption. Consider the following examples:

The traditional approach followed by grid operators has been to adjust the output of power plants, as needed to balance generation and consumption. Energy storage enables an alternative solution: shaping the supply and demand of electricity by absorbing generation peaks and supplying power during demand peaks.

Lithium batteries are emerging as a viable energy storage solution: they have the scale flexibility for projects of all sizes, from small residential systems to utility-scale installations. Batteries can achieve synergy with solar photovoltaic systems, which are also characterized by adapting to any project scale.

Energy storage can reduce costs for both grid operators and electricity consumers, simply by balancing peaks in consumption and surplus generation:

In a few words, a stable load on the power grid is beneficial for both electric companies and consumers. On the other hand, a grid with frequent peaks in generation and consumption is more expensive to operate, and the added costs tend to increase electricity bills.

A Success Case: The Hornsdale Power Reserve in South Australia

The Hornsdale Power Reserve is a utility-scale lithium battery system in South Australia, with a storage capacity of 129,000 kWh and an instantaneous power output capacity of 100 MW.

The Hornsdale Power Reserve operates along with the Hornsdale Wind Farm, which has an installed capacity of 315 MW. This combination provides an example of how energy storage can enhance variable renewable sources, adding response features that were previously possible only with natural gas or hydroelectricity.

The South Australian government is also working on a virtual power plant project, where 50,000 households will be equipped with solar photovoltaic arrays and lithium ion batteries. The total installed capacity will be 250 MW and 650 MWh, and all individual installations will be connected and managed as a single power plant.

Energy Storage Outlook in the US

According to Wood Mackenzie, the US increased its energy storage capacity by 350.5 MW and 777 MWh in 2018. This is 80% higher than the capacity installed in 2017, and the number of new installations in 2019 is expected to exceed 1,600 MWh. As technology prices drop and electricity tariffs become higher, the business case for energy storage projects continues to improve. 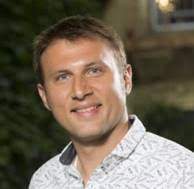 About Michael Tobias
Michael Tobias is the founder and principal of New York Engineers, an Inc 5000 Fastest Growing Company in America. He leads a team of 30+ mechanical, electrical, plumbing, and fire protection engineers from the company headquarters in New York City; and has led over 1,000 projects in New York, New Jersey, Pennsylvania, Connecticut, Florida, Maryland and California, as well as Singapore and Malaysia.