The new technology that we are using is called nano-structured materials. This is not nano-particles, but nano-structures. The distinction is that we make the electrode materials into tiny sponges, with the pores on the order of 10 to 50 nanometers.

What is your background and how did you come to start your company, Battery Streak?

I am graduate of UCLA with a degree in Physics, and I have founded and successfully exited two high tech startups. I was volunteering at UCLA as an Entrepreneur-In-Residence, helping students and professors start companies with technology developed at the university.  I was approached by the Technology Development Group at UCLA and a Southern California-focused Venture Capital firm, Act One, to spin out an interesting new battery technology. The professors who founded this technology were happy at UCLA and wanted someone outside academia to commercialize their invention. We all met, collaborated, and Battery Streak was born.

How long has your battery been in development?

The initial research started in 2008, which led to the first patents being filed 2010. In May 2017, the technology was well developed at the laboratory level. Since then, we have been working to scale up production of the electrode material, which has been successful. We are now producing cells that will be made into higher voltage battery packs.

Who is leading your research and development team?

The research into advancing the materials is being led at UCLA by the same two professors that initially developed the technology, Dr. Bruce Dunn and Dr. Sarah Tolbert. The manufacturing development effort is being led by Dr. Matt Lai. A new PhD-level expert is being hired to lead the cell and pack development.

What charging speeds have you been able to achieve with your prototype?

Our prototypes are charging at 8C.  Complete charge is achieved in under 10 minutes. This charge rate is now readily reproducible in our cells. We are presently working to shorten that charge time and further increase energy density.

What technology are you using to achieve fast charging speeds?

The new technology that we are using is called nano-structured materials. This is not nano-particles, but nano-structures. The distinction is that we make the electrode materials into tiny sponges, with the pores on the order of 10 to 50 nanometers. This gives a very large surface area per unit volume. The energy storage mechanism is an electro-static surface charge, like a capacitor, not a chemical reaction like a conventional battery. This storage mechanism is what allows the battery to charge very fast without generating excessive heat like a conventional lithium ion battery. It charges like a capacitor, and discharges like a battery.

What are some of the possible applications?

The applications are everywhere there is now a lithium ion battery in use, such as in warehouse robots, power tools, cell phones and electric vehicles.

What are your next steps now that the prototypes have been distributed to interested companies?

We are still working with new customers to provide cells for testing so they can get comfortable with the fast charge capability. A lot of unproven fast charging claims have been made in the past. It's natural that some customers are wary until they see their data with their own eyes. The next steps are to build up higher voltage packs, as we continue to improve our material characteristics.

What makes your battery different from others available in today's market?

Our batteries are different in a number of ways. The first is, of course, is the charge speed. Also, the lack of heat generated in both the charge and discharge process, the ability to support high output and the long life we get because the energy storage mechanism is not hard on the electrode materials. As much as we are different, we are similar in one very important way. Battery Streak batteries can be manufactured on standard lithium ion battery lines. We do not require special equipment for manufacturing our proprietary materials or batteries. 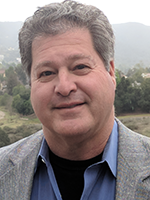 About David Grant
David Grant co-founded Battery Streak in 2017. Previously, he founded, built and successfully sold two high tech start-up companies. Most recently, David’s company, Tamar Technology, developed multiple, sub-micron measurement technologies for the semiconductor, MEMS, disk drive, and flat panel display industries.
At Tamar, David served as CEO, until it was bought by Rudolph Technologies in 2013. The measurement sensors developed by Tamar have since been integrated into Rudolph production systems, that have been delivered to most semiconductor fabs throughout the world.